Russia and Iran are cautious about labeling their relationship an alliance, but when they say it is a partnership, they mean it. 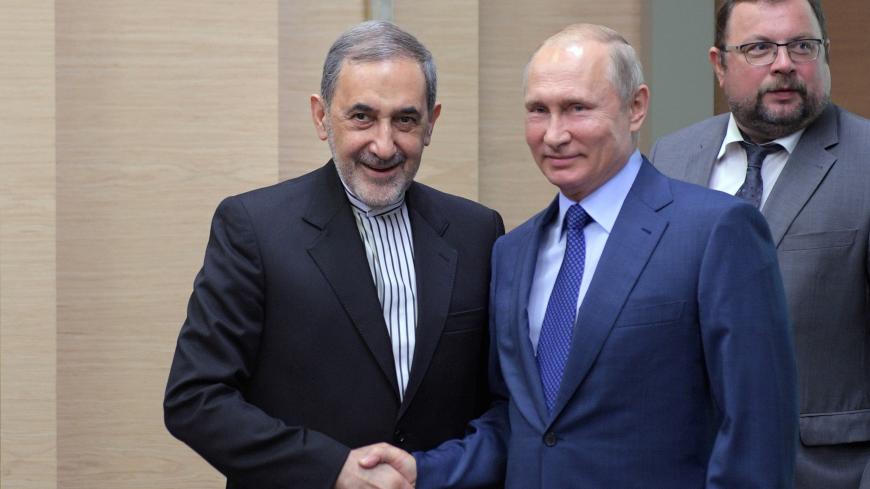 MOSCOW — On Jan. 28, Russia's special envoy for Syria Alexander Lavrentiev and Deputy Foreign Minister Sergey Vershinin landed in Jerusalem for two days of talks with their Israeli colleagues. Yuval Rotem, director general of the Israeli Foreign Ministry, was among the first to host the Russian officials.

“We had a meaningful and insightful discussion about a variety of regional issues,” Rotem wrote on Twitter, calling the overall meeting productive.

Prime Minister Benjamin Netanyahu and other top-level Israeli officials also met with the Russians. The discussions centered around Iran and the situation in Syria, as well as “strengthening the security coordination mechanism between [our] armies to prevent any friction,” Netanyahu tweeted after the meeting. “They repeated Russia's commitment to maintaining Israel's national security,” he later added.

Just as the Russian emissaries were discussing Syria and Iran with the Israelis, Russian Foreign Minister Sergey Lavrov, back in Moscow, received a call from his Iranian counterpart Mohammad Javad Zarif.

“The foreign ministers discussed the current developments in Venezuela and noted their shared readiness to help facilitate mutual understanding between responsible political forces of Venezuela in the interests of maintaining domestic peace and resolving pressing socioeconomic challenges as soon as possible,” the official readout of the conversation from the Russian side said.

While there also was a brief mention of bilateral issues, the Russian Foreign Ministry never specified what those issues were or whether Syria was among them.

The Russian-language Israeli media outlet ILand TV reported, "The meeting in Jerusalem happens amid more frequent reports on disagreements between Russia and Iran on Syria. Russia is interested in settling [Syrian issues], seeks the return of refugees and the restoration of order. Iran aims to make Syria its foothold against Israel and will use all its powers to turn [Syria] into a Shiite state. With this in mind, the Iranian leadership seeks to prevent the return of refugees, most of whom are Sunnis.” This further fueled flames of speculation that there is a rift between Moscow and Tehran.

The focus on Venezuela in the Russian readout of the Lavrov-Zarif conversation may have been meant to hedge the disagreements over Syria, but could similarly have been presented to showcase that Russia and Iran do have cooperative agendas — including one that supports governments opposing the United States.

Meanwhile, Lavrentiev and Vershinin proceeded from Jerusalem to Ramallah in the West Bank to meet with Palestinian President Mahmoud Abbas. There the discussions focused on a possible Israeli-Palestinian agreement, the Arab Peace Initiative and restoring intra-Palestinian unity. Russia will be focusing on the unity enterprise in February, when high-level Palestinian delegations will travel to Moscow for talks. The meeting in Palestine was also supposed to show that the Russian-Israeli agenda in the region is not limited to Iran.

Defusing Israeli-Iranian tensions, however, is still Russia's prime preoccupation at this point.

“We do not change our position in this regard. It is based on the principles of international law," a Foreign Ministry spokesperson said in a Jan. 23 briefing. "The practice of [Israel] dealing arbitrary strikes on the territory of a sovereign state [Syria] must be ruled out. In our estimation, the escalation of hostilities in the region does not meet the long-term national interests of any state in the Middle East, including, of course, Israel. It is necessary to prevent Syria, [which] has been through so much hardship in the long years of the armed conflict, from turning into an arena for settling geopolitical scores.”

Three days later, on Jan. 26, Russian Deputy Foreign Minister Sergey Ryabkov told CNN that Russian officials “in no way underestimate the importance of measures that would ensure very strong security of the state of Israel.”

“This is one of the top priorities of Russia," he said. Asked whether Moscow and Tehran are allies in Syria, Ryabkov said he “wouldn't use this type of word to describe where we are with Iran."

While this statement sounded rather reassuring for Israel, it triggered understandable anger in Iran. Yet this shouldn’t come as a surprise. In October, Hossein Jaberi Ansari, a top aide to the Iranian foreign minister, had cautioned against mischaracterizing the Moscow-Tehran relationship.

“Russia is not our strategic ally; neither are we Russia’s strategic ally in the sense that was very popular particularly in the bipolar era [of international politics], in the era of blocs and great … alliances,” he said in an interview with Press TV.

Validating this argument, Ansari visited Moscow two months after that interview for talks with Lavrentiev and Vershinin about efforts to form a Syrian constitutional committee.

Hence, Ryabkov’s statement shouldn’t be taken as a change in tone, let alone an indicator of Russia’s relations with Israel and Iran. But it certainly reflects the challenge of preserving the fragile balance between the two intense, strong-willed opponents.

Hyping up every clash of interests between Russians and Iranians won’t provide much of a clue about their degree of divergence, though it will reinforce that such differences exist. But the informed public has long known what those differences are, and neither Moscow nor Iran deny they persist. Moreover, such clashes are likely to increase in number and possibly intensity, as Russian and Iranian views on postwar Syria vary — as do those of local actors on whom the two are betting.

Similarly, the discontent in Tehran over Moscow’s seeming reluctance to put caps on Israeli strikes on supposed Iranian and Hezbollah positions in Syria isn't likely to deter Russia from tenacious mediation to prevent a major war. Russian and Iranian strategic cultures are mature enough to be cautious about branding the relationship. They seek to avoid the politically and morally binding commitments that an “alliance” implies, yet don’t shy away from stating their long-term interest in collaborating on a wide range of issues across a vast geography from Central Asia and Afghanistan to Syria and the Caspian.

Perhaps there is no solution that could bring permanent peace between Israel and Iran, at least under current conditions and leaderships. But as long as Moscow agrees to remain a glutton for punishment, and Russian officials maintain their shuttle diplomacy, there’s a chance the conflict can continue as merely an occasional flare-up of medium-intensity tensions — at least until a greater intensity is reached.