The Palestinian Authority’s official TV station inaugurated its new headquarters in Damascus, a move that was seen as paving the way for normalizing ties with the Syrian regime. 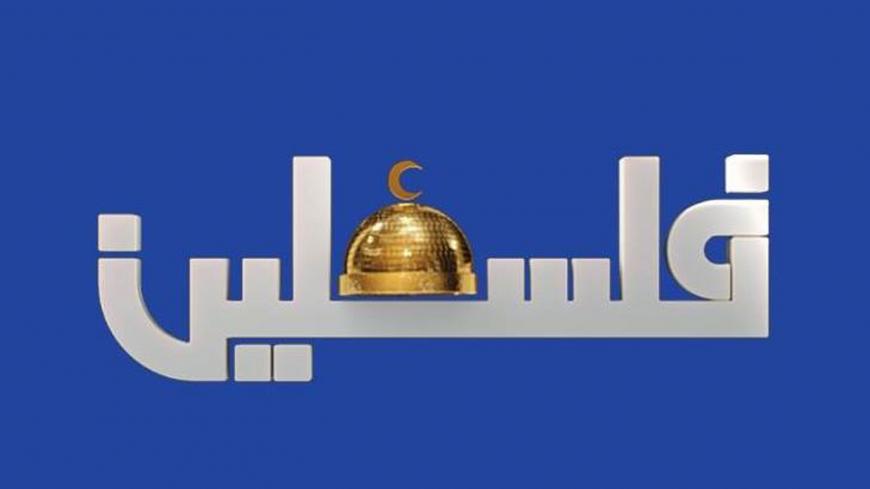 The logo of the Palestinian Broadcasting Corporation. - Facebook/PalestineTv

The official Palestinian news agency Wafa reported that the opening of the office in Damascus took place in the presence of prominent Palestinian, Syrian and Arab officials, artists, intellectuals, representatives of the PLO factions in Syria, a number of ambassadors, clerics, members of the People's Council of Syria and representatives of the Syrian Ministry of Information.

Palestine TV is affiliated with PBC, which is a national institution established in 1993 in virtue of a decision by late Palestinian President Yasser Arafat.

The inauguration of the Palestine TV office in Damascus coincides with some Arab countries restoring their relations with Syria after the conflict in 2011. The United Arab Emirates and Bahrain announced the resumption of their embassies’ work in Damascus, and on Jan. 22, Jordan announced the appointment of a new charge d'affaires in its embassy in Syria.

The PA maintained a neutral position on the Syrian crisis and announced its noninterference in Syrian affairs in order to preserve the lives and interests of the Palestinian refugees there. The official Palestinian position has always been keen on not being aligned to any Arab political axis and to remain neutral.

Palestinian activists called the move a prelude to the normalization of Palestinian-Syrian relations.

Secretary-General of the Palestinian National Initiative Mustafa Barghouti told Al-Monitor that the PA has taken the path of restoring relations with the Syrian regime. “The presence of Palestine TV in Damascus is part of the normalization of Arab relations with Syria, especially with the Arab League’s recent position and the opening of several Arab embassies in Damascus,” he said.

The Arab foreign ministers decided in November 2011 to suspend Syria’s membership to the Arab League, against the backdrop of the crimes Bashar al-Assad’s regime committed against the Syrian people.

Barghouthi said he hopes that “Syria would emerge from its ordeal and that all aspects of the current crisis would end so that the Syrian people could participate in democratic life.”

Ahmed Assaf, general supervisor of the PA Official Media, had said during the opening ceremony that opening the Palestine TV office in Damascus was “an additional bridge in strengthening the relationship between the Syrian and Palestinian peoples.”

Director General of Palestine TV Khaled Sukkar told Al-Monitor that opening the Damascus office “comes within the framework of PBC’s media revival. Damascus is an important Arab capital for us and our office there received broad acclaim among Syrian officials.”

Sukkar noted that nearly half a million Palestinians live in Damascus, adding, “We have responsibilities toward our people there. We have a national cause and we want our message to reach every house in the world.”

Sukkar pointed out that PBC had opened a number of offices in several Arab capitals, such as Tunis, Beirut, Amman and Cairo, noting that the Damascus office has begun to prepare a series of TV reports and live programs addressing the Palestinian presence and Arab issues.

Speaking about the editorial policy of the Palestine TV office in Damascus, Sukkar said that the media discourse is consistent with the political discourse determined by the PA leadership. “We support the Syrian people’s choice and we do not interfere in the internal affairs of any Arab country because we have a national cause of our own we need to take care of first,” he noted.

He added, “The events in recent years clearly show that the Palestinian cause has lost momentum, not only on the political level, but it rather started fading out from the Arab consciousness amid the unstable situation in the Arab world.”

Sukkar noted, “Our presence in Arab capitals is crucial and Damascus is one of these significant capitals for us, because it is important to restore our Palestinian narrative.”

The general director of the Palestine TV news department, Mohammad Barghouthi, told Al-Monitor that opening an office in Damascus was “a natural development as it serves PBC’s objectives to convey Palestine to the world and bring the world to Palestine.”

He said that the Syrian regime had granted them permission to open the office in Damascus and that they had assigned press crews to work there.

Barghouthi revealed that PBC will soon open a new office for Palestine TV in Algeria.

Author for the Palestinian daily Al-Ayyam and political analyst Hani Habib told Al-Monitor that opening the Palestine TV office in Damascus is linked to a political and media issue, as it is an attempt to reach the Arab and Palestinian public as much as possible.

As for the timing of this development, Habib noted that there are “good ties” between the Palestinian and Syrian leaderships, and opening the office was not related to a specific time because it requires preparation and has been in the works for a while.

“The Palestinian leadership decided not to be part of any Arab axis, and this is a positive thing, because Palestine does not side with one party against another given the many Palestinian refugee camps in Syria,” he said. “Opening the Palestine TV office in Damascus is part of the Palestinian policy to extend political and media horizons with the Palestinian public in Syria."

Member of the PLO’s Executive Committee Azzam al-Ahmad said on the sidelines of the opening of the Palestine TV office in Damascus, “Palestinian President Mahmoud Abbas will visit Syria soon.”

In this context, Habib noted that Abbas' visit to Syria “would not be surprising. Nothing happened in the past to prevent this visit; the relationship between the PA and Damascus allows for such a visit.”