Many see the visit by a high-level PLO delegation to Syria as an attempt to thwart any reconciliation between Hamas and Syria. 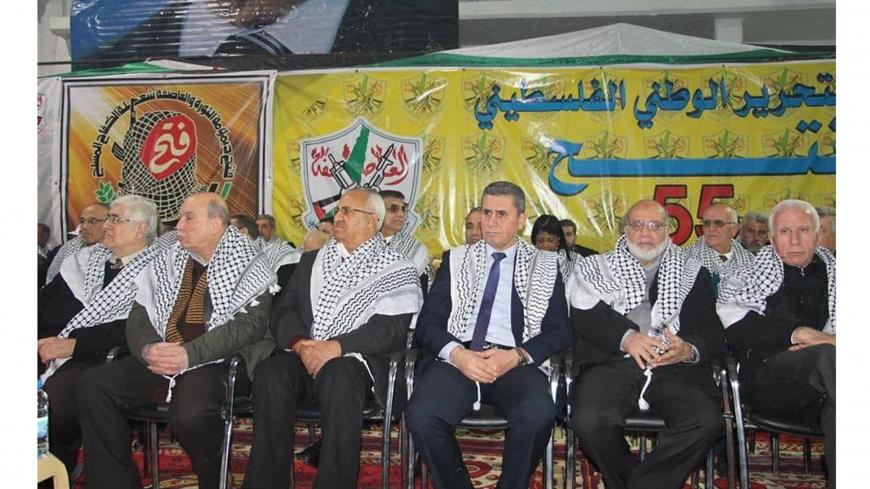 The PLO and Fatah sent top representatives to Syria recently in what some observers say was a move to repair their ties with Damascus at the expense of Fatah's rival, Hamas. The high-level delegation arrived in Syria on Jan. 15 and participated in a Jan. 17 ceremony Fatah organized in Damascus to commemorate the party's 55th anniversary.

During the trip, the delegation discussed with Syrian Deputy Foreign Minister Faisal Mikdad the situations in Palestine and Syria. Mikdad thanked the Palestinian leadership for its stance against US pressure on Syria.

Abdul Hadi briefed former Syrian Prime Minister Muhammad Miro on the developments of the Palestinian cause. They both denounced the US peace plan. Abdul Hadi also discussed conditions at Palestinian camps in Syria with Syrian Minister of Social Affairs Rima Al-Qadri.

Nabil Shaath, an adviser to the Palestinian president and head of the PLO's Refugee Affairs Department, was quoted by Arabi21 news Jan. 17 as saying, “Syria is an important country despite our past differences.” He affirmed, “Today, Syria shares our problems with Israel and Washington. … It is crucial for us to maintain our relationship with it.”

Al-Monitor spoke to Abu Youssef, part of the delegation to Damascus. “The visit sought to achieve three goals, ensuring Palestinian-Syrian coordination to face the US 'deal of the century,' discussing the conditions of Palestinian refugee camps in Syria and holding meetings with Palestinian factions,” he said. “We do not link improving our relationship with Syria to its estrangement with Hamas. No Arab country should be angry at us for improving our relationship with Syria. Our cause supersedes all Arab differences.”

It's hard to believe that the PLO’s visit to Damascus, about 10 days after the visit by Hamas leader Ismail Haniyeh to Iran, was mere coincidence.

Abdel Sattar Qassem, a political science professor at An-Najah National University in Nablus in the West Bank, told Al-Monitor, “The PA wants to keep Hamas blockaded and this visit aims to achieve just that.” He noted that well-informed PA sources in Syria told him the PA was inciting against Hamas during its visits to Damascus.

In January 2019, Palestine TV opened its headquarters in Damascus and in July of that year, Assad gifted Palestinian Authority President and Fatah member Mahmoud Abbas a Quran written in gold ink.

Still, Qassem added, “A visit by Haniyeh to Syria is not unlikely if carefully arranged in advance, despite Syria espousing intransigent policies vis-à-vis the reconciliation with Hamas.”

An official source in Hamas told Al-Monitor on condition of anonymity, “The movement does not like to talk to the media about the issue of Syria. There is no relationship between us. The PA’s visits to Damascus have nothing to do with Hamas renewing its relationship with Syria or not. No surprise visit by Haniyeh to Syria is looming on the horizon, as political relations do not come suddenly.”

Meanwhile, it does not seem that the PA’s relationship with Egypt and Saudi Arabia will be affected negatively by its visits to Syria. Hostility toward Arab revolutions has become a common denominator among Cairo, Damascus and Riyadh. Cairo has security and military ties to Damascus, while recent indicators showed a desire for rapprochement between Syria and Saudi Arabia. Ties between Hamas, Saudi Arabia and Egypt remain weak.

Sari Orabi, a Palestinian writer on Islamist factions and a researcher at the Vision Center for Political Development based in Istanbul, pointed out that Fatah’s rhetoric toward the Syrian regime changed when the latter cut ties with Hamas. “This is why the PLO delegation’s visit to Damascus is only natural,” he said, noting that Fatah is worried that after Haniyeh’s recent visit to Tehran, Hamas might get Iran to persuade Syria to reconcile with it.”

He continued, “There have been previous attempts to mend the relationship between Hamas and Syria. The two sides had held secret meetings mediated by Iran and Hezbollah, but they failed because of Syria’s intransigence. [Some] internal voices within Hamas are now calling for resuming the relationship with Syria, but the latter keeps rejecting any reconciliation efforts.”

Before the Syrian revolution broke out in 2011, the Syrian government had maintained strong relations with Hamas’ political bureau in Damascus since 1999. The estrangement started when Hamas refused to back President Bashar al-Assad against the Syrian opposition. Hamas then moved its political bureau to Cairo in 2012. Iran and Hezbollah repeatedly attempted to reconcile the two sides, to no avail.

It's no secret that the relationship with Syria is an issue of great sensitivity within Hamas’ ranks. Some encourage it, others feel it would be best to take things slowly and part of the movement rejects it. These positions are natural and expected in light of legitimate questions about Hamas’ gains or interest from this relationship.

Syria has become penetrated by regional and international security services and is unable to provide a safe environment for Hamas should it decide to return there. Syrian airspace is exposed to Israeli aircraft, which can assassinate Hamas cadres there.

Mahmoud Zaghmout, a member of the Action Group for Palestinians of Syria, told Al-Monitor the Syrian regime has become a burden, even for its allies. “I don't see how Hamas would benefit from resuming relations with Syria. On the contrary, it could have adverse consequences. The Syrian regime is economically and militarily collapsed, politically isolated, illegitimate and internationally accused of committing genocide.”

The PLO's recent visit confirms that Syria maintains contradictory relations with the Palestinians, building ties with Fatah while breaking them with Hamas.

It seems Iran and Hezbollah have stopped trying to bring Damascus and Hamas together after many failed attempts.

Meanwhile, Russia's strong influence in Syria may hinder its reconciliation with Hamas. Moscow believes a rapprochement could strengthen Tehran's position in Damascus and provoke Israel. Without a Russian green light, Syria cannot restore its relationship with Hamas.