The Fatah Central Committee has recommended forming a Palestinian government made up entirely of PLO factions, while excluding Hamas and the Islamic Jihad — an action that could undermine already-weak reconciliation efforts. 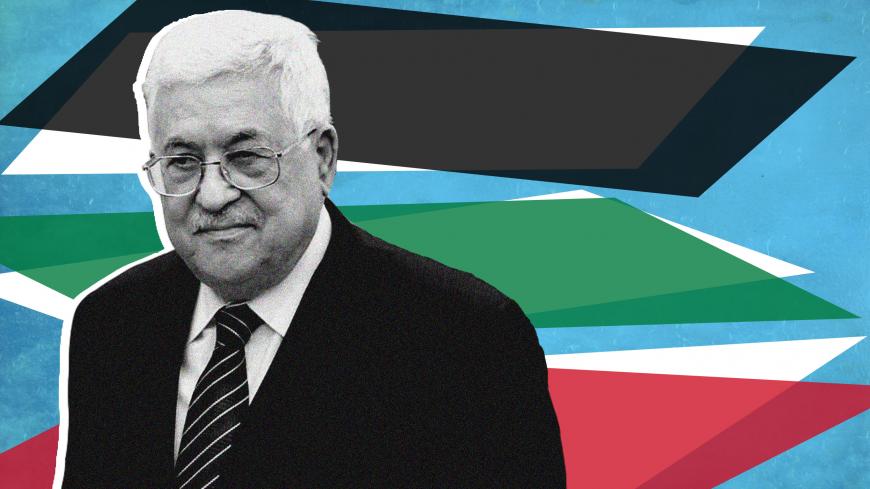 A new Palestinian government will be formed soon, now that the current Cabinet — headed by Prime Minister Rami Hamdallah — officially submitted its resignation Jan. 29 to President Mahmoud Abbas. According to a decision announced Jan. 27 during a meeting of the powerful Fatah Central Committee in Ramallah, the new government will be made up entirely of PLO leaders. This is in contrast with the Hamdallah government, which was created as a national accord government with the hope of attracting Hamas and the Islamic Jihad to agree to hold elections.

Hamdallah said he was placing his resignation on Abbas' desk and is ready to work with whomever the president chooses to ensure a smooth transition of the new government.

Fatah spokesman Munir Jaghob said in a press statement Jan. 27 that the Fatah Central Committee has recommended “a political government made up of factions within the PLO and independents.”

Jaghob also said the committee decided to “temporarily suspend the social security law for a set period of time to allow for discussions with all pertinent groups.” The social security law spurred protests — including one that lasted four months and was one of the biggest and most powerful demonstrations against the Hamdallah government since it was established in 2014.

London-based Al Araby al Jadid reported Jan. 27 on some of the discussions that supposedly took place during the rambunctious, four-hour Fatah meeting. Citing a source who attended the meeting, the newspaper said that while the majority of members favor ending the Hamdallah government and appointing Fatah Central Committee member Mohammad Shtayyeh in his place, Fatah strongman Jibril Rajoub and former head of intelligence Tawfiq Tirawi objected, saying the continuity of the Hamdallah government is needed right now.

The source further noted that PLO Secretary Saeb Erekat suggested he head the new government, and that this idea was knocked down by Fatah member Hussein Sheikh, who said Erekat wouldn't be able to hold a senior PLO position and run the Palestinian government at the same time.

The Fatah Central Committee formed a group Jan. 27 tasked with consulting various PLO factions and reporting back in a week.

Abbas Zaki, a member of the central committee, told Al-Monitor that while problems are continuing, people are looking for solutions. “There is a chance to change the government and to have a Cabinet representing PLO factions, but that requires dialogue with the PLO factions.”

Zaki added that Palestinians need a clear strategy before changing the government.

Initial statements from a number of PLO factions haven't been positive.

Representatives of left-wing PLO factions and a number of independent factions said in separate statements that they will not join a government unless all Palestinian parties, including Hamas, are involved.

Hamas spokesman Fawzi Barhoum said in press briefings that Fatah's intentions to set up a government outside of the national consensus is “a departure from national partnership and a continuation of the single-minded Fatah policies that will ensure the dedication of the division.”

Prior to the latest decision, Shtayyeh said in a Jan. 21 speech at a university in Ramallah that elections need to be restored: "It is a right of the Palestinian people and a way out of the current division.”

Zaki said Abbas has asked the head of the Palestinian Central Elections Commission, Hanna Nasser, to go to Gaza and talk with Hamas leaders to find out if they would agree to hold elections. “If Hamas agrees that nation is more important than factionalism, then we can create a road map that we can work with," Zaki said.

Senior Palestinian sources in Ramallah told Al-Monitor that among the most likely individuals who could be asked to set up the next government is Shtayyeh, who leads the Palestinian Economic Council for Development and Construction.

Possible candidates for prime minister include Fatah deputy head Mahmoud Alloul; Hussein Sheikh, who heads the Civil Affairs Ministry, which deals with Palestinian-Israeli daily affairs; and Erekat. A dark horse could be Nasser al-Qudwa, who resigned in May from the Fatah Central Committee in protest of what he said was Abbas monopolizing power and not sharing decision-making.

An unanswered question is whether a PLO government will make the possibility of reconciliation less likely, and push further away the possibility of any elections on either the parliamentary or legislative levels. The Palestinian Constitutional Court ordered in December that the outdated Palestinian Legislative Council be dissolved. The council's term expired in January 2010. The court called for legislative elections within six months, but so far the PLO hasn't held any discussions or taken legal action regarding presidential elections.

A political government backed by Fatah’s Central Committee instead of the current technocratic government will weaken Abbas' ability to monopolize power. While a change of government will bring new blood into Palestinian politics, this change isn't likely to resolve the major internal problems with Hamas, nor will it be able to stand up to attempts by the administration of US President Donald Trump to pressure Palestinians into accepting its unilaterally designed plan for peace.