In light of burgeoning Arab interest in restoring ties with the Syrian regime, Palestine's Islamic Jihad movement headed to Damascus to secure political and financial support. 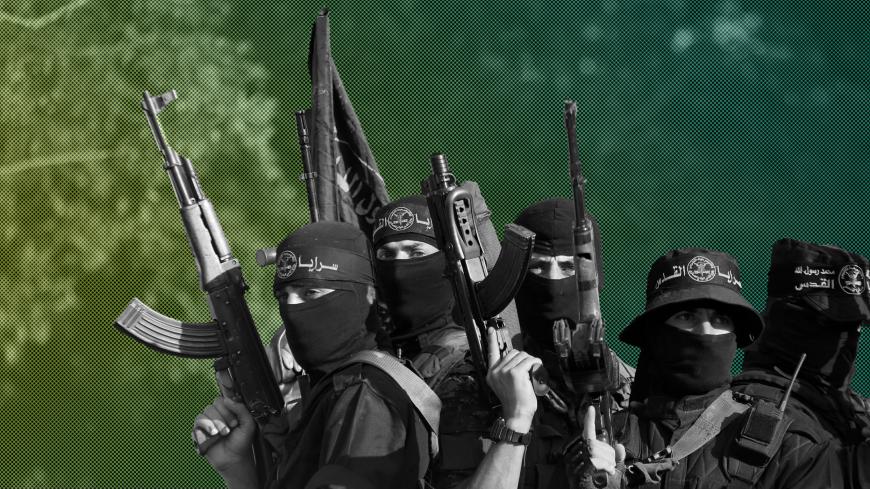 GAZA CITY, Gaza Strip — A delegation from the political leadership of Islamic Jihad met with an adviser to the Syrian regime in Damascus Jan. 8. It was the first meeting held between the two sides since 2011, when they became estranged over Islamic Jihad's neutral position in the conflict in Syria.

Some Islamic Jihad leaders left Damascus and headed to Lebanon and Tehran in August 2012, while others remained to maintain some minimal ties with the Syrian regime. However, the movement’s neutral positions regarding the conflict in Syria and Yemen later angered Iran, the Syrian regime’s strategic ally. As a result, Iran reduced the movement’s funding in 2015. Islamic Jihad suffered a financial crisis until Iran resumed aid after its leaders repeatedly visited Tehran in 2017 and 2018.

The Islamic Jihad delegation, led by political bureau member Khaled al-Batsh, visited Damascus as part of a tour by the Islamic Jihad leadership to Lebanon, Iran and Syria to rebuild ties with the Iran-Syria-Hezbollah axis and secure financial, political and military support for the movement.

On Dec. 29, an Islamic Jihad delegation met with leaders from the Iranian regime in Tehran including Supreme Leader Ali Khamenei. On Jan. 10, the delegation met with Hezbollah officials in Beirut and discussed mobilizing political support for the Palestinian cause and restoring the financial and military support the movement enjoyed before 2015. The delegation received promises of support by the end of the visits.

On Jan. 8, Al-Mayadeen quoted political and media adviser to the Syrian regime Bouthaina Shaaban as saying during the meeting with Islamic Jihad, “Palestine is Syria’s number-one cause.” Shaaban further expressed her country’s readiness to receive those wounded during the marches of return initiated by Palestinians in the Gaza Strip at the end of March 2018.

Syria’s rejection of US President Donald Trump's recognition of Jerusalem as Israel's capital on Dec. 6, 2017, was a significant form of political support to Palestinians. The Islamic Jihad office in Damascus has held official meetings there, most recently on Oct. 13, 2018.

The Syrian regime seems to have wanted to meet publicly with the Islamic Jihad leadership to convey a message to Israel that Syria will continue to stand by the Palestinian factions in response to the continued Israeli air strikes on Syrian territory.

The meeting came following Israeli reports claiming that Iran offered the Islamic Jihad leadership, which visited Tehran on Dec. 29, access to a joint operations room with Hezbollah and Iraqi militias to open a second military front against Israel in case the latter attacked any of the parties.

Salah Abdel Ati, member of the Coordination Committee of the Great March of Return and Breaking the Siege, told Al-Monitor how pleased he was with Syria’s readiness to receive the wounded. He pointed out that the Palestinian people will not forget this initiative from Syria despite its difficult internal situation. He said that all Palestinian factions and civil society organizations represented in the coordination committee will consult among themselves to arrange the travel of the wounded.

Islamic Jihad has announced on many occasions its support for the Syrian regime, condemning the Western and Israeli attacks on Syrian territory in recent years.

Professor of political science at An-Najah University in Nablus Abdul Sattar Qassem told Al-Monitor that the Palestinian cause is of great importance to Syria and this support cost it 40 years of international isolation, shown in political and diplomatic estrangement from some Western countries such as the United States. He pointed out that the Syrian regime is on better terms with the Islamic Jihad than it is with Hamas, whose leaders left Syria in January 2012, a move that the Syrian regime saw as betrayal and thus shut down Hamas’ offices in Syria.

Mukhaimer Abu Saada, a professor of political science at Al-Azhar University in Gaza, told Al-Monitor that the escalating Israeli attacks against the Palestinians in the West Bank, the Gaza Strip and Jerusalem have prompted the Palestinian resistance movements to strengthen their relations with Iran and Syria, as many Arab countries rush to normalize relations with Israel. He pointed out that since some Arab countries that opposed the Syrian regime have restored their relations with Damascus, such as the UAE, Palestinian resistance movements had to do the same since these movements need financial, political and military support.

Now that the Syrian regime has won its major battles against the armed groups in Syria and regained control over the majority of the Syrian territory, many parties are showing interest in rebuilding ties with it. Meanwhile, the Hamas leadership has indicated that restoring its relationship with the Syrian regime is only a matter of time.