Why is Fatah getting cozy with Hezbollah?

A senior Fatah official recently met with Hezbollah officials in Beirut to discuss security and other developments in Palestinian refugee camps in Lebanon. 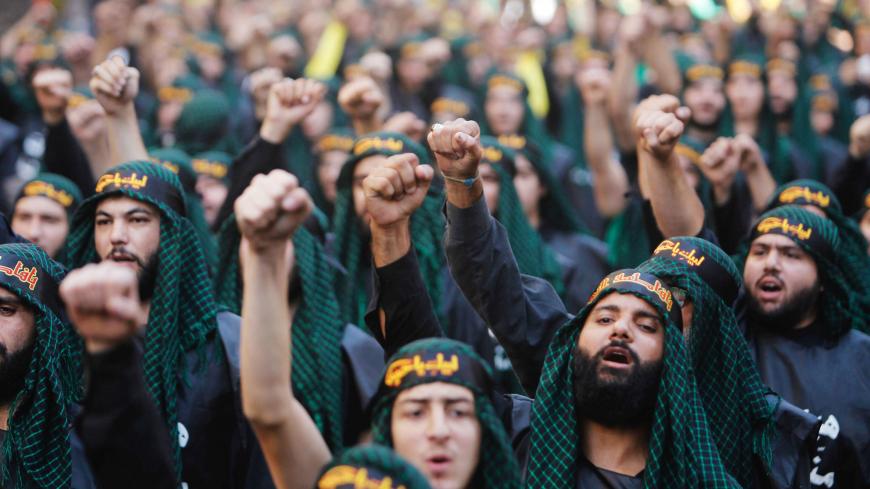 That a Fatah representative met with a Hezbollah representative in and of itself signifies an improvement in ties between the two movements. Relations between Hamas and Fatah, the leading faction in the PLO, have not been close in part because of PLO talks with Israel in US-sponsored negotiations, which Hezbollah has roundly criticized. Meanwhile, to Fatah's consternation, Hezbollah has offered its support to its rivals, Hamas and Islamic Jihad.

Fathi Abu al-Ardat, Fatah secretary-general in Lebanon and PLO representative in the country, told Al-Monitor, “We have a normal relationship with Hezbollah, and it is improving. We are both concerned about issues related to the security and stability of the refugee camps as well as protecting the civil rights of Palestinians living in them.”

According to the UN Relief and Works Agency (UNRWA), there are 483,000 registered Palestinian refugees in Lebanon, many of whom live in 12 camps spread around the country, the biggest camp being Ain al-Hilweh, in Sidon. The UNRWA figure contrasts sharply with that of the Lebanese Central Administration of Statistics, which reported 174,000 Palestinian refugees in December 2017. According to media outlets quoting Palestinian officials, the discrepancy might suggest that many camp residents have managed to move over the years.

The refugees suffer under extremely difficult conditions stemming from inadequate infrastructure, overcrowding and poverty due to unemployment, all of which is then reflected in poor health and education. Because Palestinian refugees are not citizens of any state, they are unable to claim the same rights as other foreigners living and working in Lebanon. For example, they are barred from as many as 20 professions and prohibited from forming trade unions or joining Lebanese unions.

Hezbollah's political and security weight in Lebanon makes it an actor that cannot be ignored. This was reflected in its gains in 2018 parliamentary elections, in which the bloc that included Hezbollah won more than half of the seats. Hezbollah holds three portfolios in the government formed Jan. 31.

Fatah and the PLO have become more eager to strengthen political relations with Hezbollah as it could play a role in containing any security problems that erupt in the refugee camps, where preserving the peace and stability are mutual goals of the PLO and the Lebanese government. The PLO is also seeking to improve living and social conditions in the camps, which can only be accomplished with all Lebanese parties being onboard.

In a Jan. 6 interview with Radio Monte Carlo, Ahmad said that he had met with Hezbollah Secretary-General Hassan Nasrallah, who assured him of his support for the Palestinian struggle. Ahmad did not go into details.

Shiite-PLO relations date back to the 1970s, when Fatah was recruiting and training young Shiites as allies in southern Lebanon to launch attacks into Israel. The relationship with Hezbollah, which formed in the early 1980s around the 1982 Israeli invasion, gradually started to deteriorate with the Oslo Accords, signed in 1993 by Israel and the PLO. With the outbreak of the second intifada, in 2000, there were indications of Hezbollah providing financial support and weapons to the Al-Aqsa Martyrs Brigades, Fatah’s military wing.

After the death of long-time PLO leader Yasser Arafat, the relationship between the two organizations deteriorated at the official level. Arafat’s successor, Mahmoud Abbas, moved to end the armed intifada, rejected violence against Israel and dismantled the Al-Aqsa Brigades in the West Bank. The two sides later reconnected over security challenges in the Palestinian camps in Lebanon, where Fatah holds sway. Radical armed groups have periodically emerged in the camps, which is what happened in 2007 at the Nahr al-Bared camp in the north. In that case, the Lebanese Army had to intervene against the jihadist Fatah al-Islam. One of Fatah's fears is such fighting occurring in larger camps.

In August 2018, Abbas deputy Mahmoud al-Aloul traveled to Beirut for the first visit by a high-ranking PLO official since the organization left Lebanon in 1982. Aloul met with several Lebanese and Palestinian officials and stressed the Palestinians' keenness to maintain the security and stability of the refugee camps, by ensuring that they not become a refuge for armed groups or individuals fleeing the Lebanese security forces, which do not enter the camps.

A Fatah source on the West Bank speaking to Al-Monitor on the condition of anonymity, said, “The Palestinian leadership has concerns about the US administration creating security tensions in the Palestinian camps in Lebanon to stir up chaos as part of its effort to quash the refugee issue.”

Hamas had also warned of this possibility in November 2018. Last year, the administration of US President Donald Trump appeared to be attempting to eliminate the issue of Palestinian refugees by altering the definition of who qualifies as a refugee and halting aid to UNRWA.

A number of noteworthy security incidents took place in Palestinian refugee camps in Lebanon in 2018. In October in the Mieh Mieh camp, near Sidon, armed clashes erupted between Fatah and Ansar Allah militants led by Jamal Suleiman, a Palestinian reported to have had past affiliations with Fatah and to Hezbollah. Hezbollah and Amal, another Shiite organization, intervened to calm the situation and expel Suleiman from the camp. Earlier, in February, Fatah and Jund al-Sham militants engaged in gunfights in Ain al-Hilweh. The month before, someone had attempted to assassinate a Hamas leader, Mohammad Hamdan, in Sidon. On Jan. 23 of this year, the Lebanese army announced that it had arrested an individual who allegedly took part in the attempt and reportedly admitted to working for Israeli intelligence.

Sultan Abu al-Einein, Fatah leader and former secretary for the PLO in Lebanon, told Al-Monitor, “The relationship with Hezbollah must be developed, because it has great political and field influence and strength in Lebanon, and it considers the suffering of the Palestinians a matter of its concern.”

Speaking to Al-Mayadeen on Jan. 26, Nasrallah praised the Palestinians' opposition to any proposed Trump peace plan, stressing that Hezbollah has good relations with the Palestinian leadership, including Fatah, through the Palestine Embassy in Beirut. “In light of the US transferring its embassy to Jerusalem, I met with all Palestinian factions, including a Fatah delegation from Ramallah,” Nasrallah said. “We, in Hezbollah, have maintained ties with all factions without exception.”

Ardat said, “Cooperation with the Lebanese authorities has succeeded in overcoming many of the security crises that were aimed at blowing up the camps.” He added, however, “The situation in the camps is better now, but the reasons for the tension, albeit minimal, still exist.”

One cause for concern is the bad blood between Fatah and dismissed Fatah leader Mohammed Dahlan, who has a significant number of supporters in the camps. At a December event held by Dahlan’s Democratic Reform Current in Ain al-Hilweh, the military leader known as Lino threatened Fatah should it move in anyway against Dahlan’s faction.