Israel wants to win the hearts and minds of Palestinians through internet radio, something that isn't being well received by West Bank and Gaza Strip leaders. 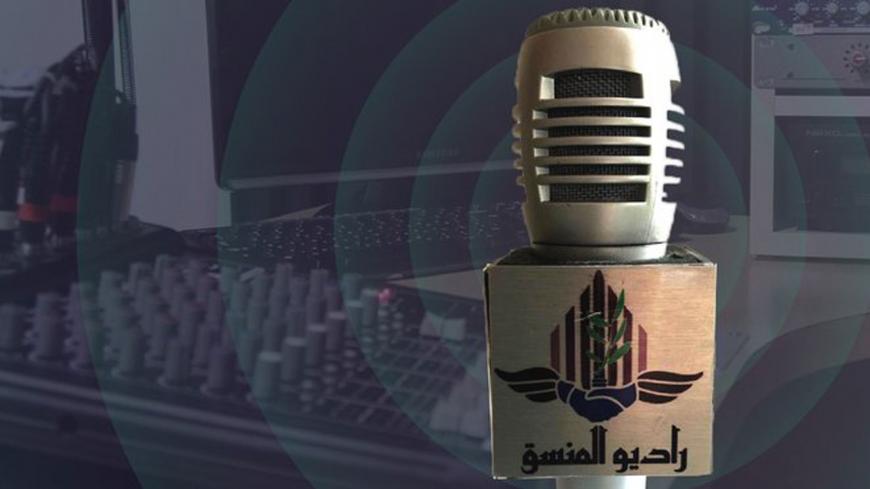 As Israel seeks to expand its influence in the Palestinian territories, its authorities have found a new means of conveying propaganda to the people and perhaps even recruiting Palestinians as collaborators, activists say. Others, however, see the new effort as an Israeli outreach to improve relations and help solve problems.

The Israeli Defense Ministry unit known as COGAT (Coordinator of Government Activities in the Territories) launched its first internet radio broadcast Dec. 20. The shows have been taking place each Thursday; a recording of each broadcast is available on YouTube.

Initially, COGAT has been providing mainly entertainment content such as Arab oldies, but once the format shifts to around-the-clock broadcasts, it will become more interactive, allowing listeners to ask questions and helping them tackle problems Palestinians face. The transition date has yet to be announced.

The webcast is one of many technologies COGAT uses — in addition to Facebook, the Telegram messaging service, smartphone apps and Wi-Fi at West Bank checkpoints and crossings — to communicate with Palestinians. COGAT's other media efforts have been successful, though perhaps less so since activists began campaigns against them. Nearly 500,000 Palestinians in the West Bank and Gaza Strip have "liked" and interacted with COGAT's Facebook page, according to a Dec. 30 post.

When COGAT opted for webcasts as a new way to communicate with Palestinians, Al-Monitor wanted to learn about COGAT's goal. However, the Government Media Office in the Gaza Strip has banned Palestinian journalists from communicating with Israeli authorities since 2012.

An Arab journalist in Israel who is familiar with the radio project told Al-Monitor on condition of anonymity, “COGAT’s radio will receive local phone calls from Palestinians who have problems [such as] obtaining travel permits or who are looking for a job in the West Bank and the Gaza Strip. [The broadcasts will aim to] resolve their problems with the Israeli ministries.”

But there's a darker side, he added. “The webcasts will grow in popularity among Palestinians and will serve as common ground with Israel, away from the reality of the occupation. They also seek to marginalize the PA [Palestinian Authority] and Hamas."

On Jan. 3, the PA Ministry of Civil Affairs called on Palestinians not to deal directly with COGAT and reminded them that Palestinian ministries are the official channels for them to communicate their needs and have them resolved.

According to Salameh Maarouf, director of the Government Media Office in Gaza, “Not too many Palestinians are engaged with COGAT’s radio. A limited audience is anticipated," he told Al-Monitor. He said the office, which is not affiliated with any Palestinian faction, is trying to warn listeners.

"We, however, don't have the technical tools to cause static" to interfere with the broadcasts. "We only have the ability to boost the Palestinian audience’s awareness and drive them away from it.”

Wael Jarwan, a host and content editor of the Hamas-affiliated radio station Sawt al-Aqsa, told Al-Monitor, "The Palestinian Ministry of Communications in Gaza is required to cause static to [COGAT] radio, and ban it from social media platforms."

He expects COGAT’s audience to grow. "[The webcast] seeks to be closer to Palestinians, and this is very dangerous. It's expected to broadcast shows that suit the Palestinian mood, and will not be limited to political talk shows. Music and songs will be played and matters of social interest will be discussed to attract more people.” He added, “Also, calls to the radio numbers will be free of charge, which will gradually attract Palestinians."

Ammar al-Dakhsh, director of Sawt al-Shaab radio in Gaza, which is affiliated with the secular socialist revolutionary faction Popular Front for the Liberation of Palestine, is also wary of COGAT, though not worried.

Dakhsh told Al-Monitor, “Although the COGAT’s move is dangerous, as it seeks to approach Palestinians, our people have the awareness at the security and political levels that would ward off any risks posed by the radio. Yet that doesn't mean Palestinian political forces don't need to raise awareness among Palestinians and warn them against any interaction and contact with the radio."

Emad Abu Awad, an expert on Israeli affairs at the Vision Center for Political Development in Turkey, told Al-Monitor, “COGAT’s radio [platform] seeks to break the barriers between Israel and the Palestinians, boost [Palestinian] dealings with the Israeli Civil Administration and lay the foundations of an economic peace between the two sides. Many Palestinians are interested in obtaining a work or construction permit or agricultural support. COGAT’s radio hopes for open relations between Israel and Palestinians. Unfortunately, there is a chance that this radio will attract a wide audience, as it will focus on ameliorating their living conditions.”

Al-Majd security website in Gaza, which is close to Hamas, announced Jan. 2 that COGAT’s radio webcasts seek to "follow up" on Palestinian news by circulating the Israeli army’s versions of the stories. As COGAT is operating the streaming based on a security agenda and focusing on recruiting collaborators, it poses a threat to Palestinians, Al-Majd said.

COGAT webcasts pose a new challenge for both the PA and Hamas. Its declared goal is to help Palestinians meet their living and economic needs, at a time when both the PA and Hamas are experiencing financial crises and economic pressures. This will encourage Palestinians who are eager to improve their situation to follow the broadcast, even if they are made aware that the risks include becoming a target or being recruited by Israeli intelligence.