For Prime Minister Benjamin Netanyahu partnering with the far-right and proclaiming sovereignty over the Golan Heights is more important than aspiring to regional alliances with Muslim and Arab countries. 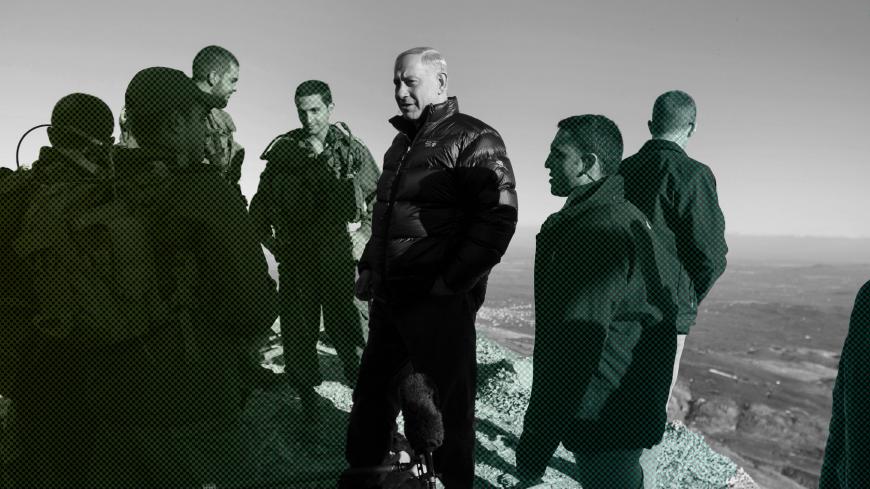 On March 31, nine days before the polls open throughout Israel for the April 9 general elections, Arab leaders are scheduled to convene for their annual summit in Tunis. The summit’s strategic implications for Israel’s future could be just as crucial, and perhaps more so, than those of the elections to the 21st Knesset. The Arab world will once again open its doors to Syrian participation in its leadership. After shunning President Bashar al-Assad for eight years, Syria was invited to participate at the summit. Assad’s rehabilitation points to the hypocrisy of the Arab world in granting instant clemency to mass murderers.

The man who heads Israel’s government and is the ruling Likud Party’s candidate to lead the next government, too, is of the opinion that in the Middle East “the weak do not survive.” As Prime Minister Benjamin Netanyahu said at the opening of the Knesset’s winter session in October 2016, “With the strong ones you forge alliances. Only with the strong one, do you make peace." The neighbors — leaders of Egypt, Saudi Arabia and the Gulf States — apparently understand Netanyahu’s language. They, too, know the weak do not survive. They, too, “make peace” with the “strong” side. In their case, they do peace with the Syrian regime that massacres women and children using chemical weapons and aerial bombings. They, too, like Israel, want to be strong vis-a-vis Iran and company, and to curb its influence in Syria.

Emirati Foreign Minister Anwar Gargash, for example, explained Dec. 27 that the United Arab Emirates had decided to reopen its embassy in Syria because “the next stage in Syria requires an Arab presence.” In other words, not an Iranian presence. Bahrain’s Foreign Minister Khaled bin Ahmed Al Khalifa shook hands with Syrian Foreign Minister Walid Moallem on the sidelines of the UN General Assembly meeting this past September and said, “Unfortunately, regional and international states are looking into the Syrian issue whereas we Arabs are absent.”

In October 2018, Assad told a Kuwaiti newspaper that after years of enmity Syria had reached a “major understanding” with the Arab states. At the same time, Jordan reopened its border with Syria.

In explaining his decision to withdraw US troops from Syria, President Donald Trump said Saudi Arabia has pledged to rebuild the country. But the Saudis do not have a reputation as philanthropists. For Crown Prince Mohammed bin Salman to dip into his pocket, Assad will have to allow him to stick his foot into Syria and kick out the Iranian friends. This development is obviously important news for Israel. Netanyahu should now sit back quietly and let its Gulf friends do their work.

Netanyahu, however, seems to have something more important in mind than curtailing Iran’s activity on Israel’s border. Even as the Arab leaders about whose friendship Netanyahu boasts are acting to limit Iran’s influence in Syria, the prime minister just had to demand international recognition of Israel’s annexation of the Golan Heights. Netanyahu took advantage of the visit to Israel by US national security adviser John Bolton to declare Jan. 6 that the world must recognize Israel’s sovereignty over the Golan Heights. Who knows? It worked for him with Jerusalem vis-a-vis the Palestinians when Trump acceded to Israel’s demand and recognized Jerusalem as its capital. Why would it not succeed in the Syrian arena? US recognition of the town of Katzrin as the capital of the Golan Heights is surely worth two or three additional Knesset seats for the Likud. Netanyahu also took the opportunity of Bolton’s visit to announce that Israel would “never leave the Golan Heights.”

The Golan Heights declaration was intended for the Arab leaders ahead of their summit in Tunis. As has been the case every year, summit participants will vote on ratifying the Arab Peace Initiative of March 2002. The expulsion of Syria, Iran’s Alawite protege from the Arab umbrella organization in 2011, removed the Golan Heights, de facto, from the equation at the heart of the initiative: Israeli withdrawal from territories it occupied in 1967 in return for peace and normalization with the Arab world. With Syria’s return to the Arab League fold, the Golan Heights will likely be restored to the agenda.

As long as Assad was out of the Arab-Sunni camp, forming a pragmatic Israeli-Sunni coalition to deter Iran and its allies was feasible. Quite a few Arab states — with Egypt, Saudi Arabia, Jordan and the Gulf States at their head — were willing to set aside the Golan Heights issue. They made do with an Israeli agreement in principle to open negotiations on the establishment of a Palestinian state and to find a just and agreed solution to the issue of Palestinian refugees in order to end the historic conflict with Israel. The Israeli romance with Oman, culminating in Netanyahu’s October 2018 visit there, and the visit to Israel the following month by the president of Muslim Chad were by way of appetizers. The main course consists of a regional security arrangement, free trade and the start of interreligious reconciliation (the Organization of Islamic Cooperation has adopted the Arab Peace Initiative).

The Netanyahu government, however, seems to prefer a deal with radical Jews instead of with pragmatic Muslims. No Israeli leader since 1967 believed in his power to mobilize public support for a peace agreement that would involve withdrawal from the West Bank and East Jerusalem, ceding the Golan Heights and resolving the refugee issue. Former Prime Minister Yitzhak Rabin tried out the Palestinian channel and was assassinated. Former Prime Minister Ehud Barak opted for the Syrian channel and got cold feet. Netanyahu opts for annexation and survives.

It is hard to overstate the impact on Israel of the changes underway in Syria and in its relationship with the Arab world and with Iran, in the shadow of the US pullout. Israeli politicians and the media, however, are shamefully too busy counting the electoral potential of a candidate whose views on the conflict with the Palestinians are unknown (former Chief of Staff Lt. Gen. Benny Gantz who has thrown his hat into the political arena).