A top Iranian official has explicitly stated for the first time that Europe's window to uphold its commitments under the Iran nuclear deal has closed. 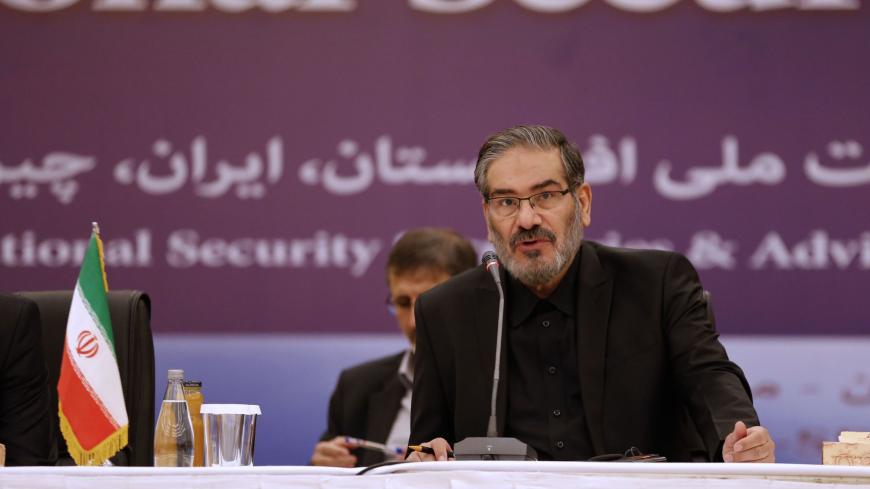 By now, it has escaped few that rather than a new beginning between Iran and the West, the Joint Comprehensive Plan of Action has become another chapter in a long saga of broken promises. But beyond empty pledges on the part of Europe, and more so the United States — which withdrew from the landmark accord last May — the Iranians have also broken their promises to themselves.

Supreme Leader Ayatollah Ali Khamenei’s pledges with reference to the JCPOA are a case in point. Take his notable remarks from June 2016, only five months after the formal implementation date of the deal — and amid Donald Trump’s political ascendancy — in which he famously asserted, “Of course, individuals who have run for the US presidency are constantly threatening that they will tear it up. Well, if they tear it up, we will set it on fire!” He defiantly added, “We do not wish to violate it. However, if they violate it, we will violate it as well.”

Fast forward two and a half years, and the United States has left the accord while pressuring anyone who adheres to it, even if only in name. Yet the Islamic Republic remains committed to the JCPOA. In his June 2016 speech, Khamenei referred to the country’s nuclear program as a “strategic industry,” explicitly warning that Iran ought not adopt policies that will make its counterparts believe that “our hands are tied” albeit underscoring that “no rash measure should be adopted.” Mindful of these considerations, the logic behind Iran’s continued compliance with its obligations under the JCPOA has been based on two pillars: that strategic patience will pit Europe against the United States and that waiting out Trump is thus the best option. But this logic is becoming increasingly challenged.

Europe has shown itself to cower in the face of US pressure. Most major European companies have left Iran over the past six months while little was done to shield the Belgium-based SWIFT financial communication network from US pressure to disconnect Iranian financial entities. Meanwhile, over seven months after the US exit from the JCPOA, the promised special purpose vehicle (SPV) to facilitate trade with Iran remains a theoretical concept. In parallel, there appears to be a growing realization that the United States is not likely to simply re-enter the accord — whether Trump secures a second term or a democratic challenger wins in 2020 — particularly since the status quo gives the United States the full leverage provided by its reimposed sanctions without having to offer any of the concessions to Iran agreed under the nuclear deal.

One important iteration of a possible shift resulting from changed assumptions emerged on Jan. 7, when the secretary of Iran’s Supreme National Security Council, Rear Admiral Ali Shamkhani, told an international conference in Tehran, “The Europeans’ opportunity to execute their commitments to our country under the JCPOA, and particularly [with reference to] the special financial channel, has ended.” Asked to clarify whether he was referring to the European Union’s long-stalled SPV, he responded, “I mean their commitments under the JCPOA, which also include the SPV.” Shamkhani’s remarks are highly important for three reasons.

First and foremost, while Khamenei promised in 2016 to exit the JCPOA if the United States leaves it, no senior Iranian official has since stated that the time given to Europe to uphold its obligations has “ended.” Rather, officials ranging from President Hassan Rouhani to Foreign Minister Mohammad Javad Zarif have time and again variously warned that this time is running out, that Iran is not “waiting for Europe” or that Iran may leave the deal as one of its options.

Second, Shamkhani’s position on the JCPOA matters because of the context of his relationship with Rouhani, and due to his position within Iranian decision-making. Effectively serving as national security adviser, Shamkhani was appointed to his position on the Supreme National Security Council (SNSC) by Rouhani shortly after the latter’s election as president in 2013. A previous defense minister throughout the two-term presidency of Reformist Mohammad Khatami, Shamkhani brought moderation to the top decision-making body as he succeeded hard-liner Saeed Jalili. In this equation, Rouhani gained significant influence over the SNSC. Heading the council as president, Rouhani also appointed four other allies as permanent members: the foreign, defense and intelligence ministers as well as the head of the Management and Planning Organization. These appointments gave Rouhani half of the dozen SNSC positions.

Of note, the SNSC votes on national security-related matters, with Khamenei holding a veto power that is only rarely executed. Given Parliament Speaker Ali Larijani’s presence on the SNSC and his close alignment with Rouhani during the negotiations leading up to the JCPOA, and also in his defense of engagement with Europe to save the accord, the moderate president has maintained a majority on the council. A possible shift on the part of Shamkhani may alter the power balance within the SNSC, with potentially disastrous consequences for the nuclear deal — including its remaining signatories.

Third, Shamkhani’s apparent shift comes against the backdrop of a long anticipated — and widely predicted — growing conservative backlash against the Rouhani administration in general and Iran’s continued compliance with the nuclear deal in particular. On Jan. 9, the hard-line Vatan-e Emrooz lashed out at the European Union’s decision to sanction the Islamic Republic over a series of alleged assassination plots on European soil, noting that almost eight months have passed without any sign of the bloc’s long-promised SPV. The day before, the conservative Raja News attacked the SPV as a Trojan horse meant to lure Iran into voluntarily signing up to an effective oil-for-food program, mindful that food and medicine imports are non-sanctionable regardless of Iranian compliance with the JCPOA. This is all taking place against the wider backdrop of shadowy forces, including the powerful Intelligence Organization of the Islamic Revolutionary Guard Corps, expanding detentions to demographers in addition to environmentalists, while also apparently producing documentary films that smear jailed dual nationals, including Iranian-Americans.

For now, it is still unclear whether a genuine shift is emerging in Iran. One senior official in Tehran who was asked about Shamkhani’s remarks told Al-Monitor on condition of anonymity that “there is no policy shift” on the JCPOA. Taking such assertions — and Shamkhani’s statements — with equal grains of salt, it appears that while the new EU sanctions may not be a game-changer, continued European stalling on the SPV — and perhaps more importantly, the unveiling of an alternative payment mechanism that will not and cannot be used — very well could. Of course, some critics posit that Iran’s departure from the JCPOA is unlikely simply on the basis that its other options are worse than continued compliance with the accord.

Here, Khamenei’s remarks from 2016 offer potential insight into what could unfold in case the nuclear deal collapses, including the dynamics pertaining to possible future diplomatic engagement: “If it had not been for our capability to achieve 20% enrichment and to build advanced centrifuges, we would definitely have failed to force [the United States] into accepting these several thousand centrifuges so much so that they would not criticize it anymore. … If this power is gone, the other side’s pressures will increase. And the more this power increases, the more our power to pressure the other side will increase. So we should preserve this power.”