Iranian FM ‘maneuvers’ in Iraq as rivalry with US heats up

Iranian Foreign Minister Mohammad Javad Zarif has embarked on an extensive visit to neighboring Iraq at a time when US-Iran competition in the country is reaching levels not seen before. 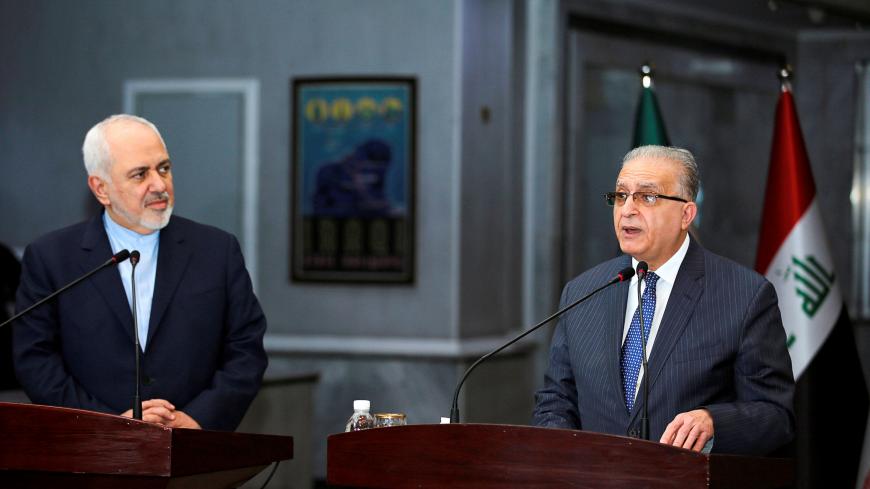 "Zarif maneuvering in Baghdad." That's how pro-Reform daily Etemad described a four-day visit by Iran's Foreign Minister Mohammad Javad Zarif to neighboring Iraq. The top Iranian diplomat, accompanied by a large delegation comprising over 100 business leaders, attended a conference in Baghdad with their Iraqi counterparts to discuss trade. The Iranian foreign minister gave assurances to the participants that US sanctions will not affect bilateral business.

But not everything was about the economy. "No country should consider its own security dependent from its neighbors," he said, as he praised mutual cooperation in the fight against terror. "The blood of young Iranian and Iraqi men has been mixed during the battle against terrorism, creating deep bonds between the two nations, which no power can break."

At home, the visit has been largely welcomed by different political camps. According to Reformist daily Iran, which represents the official views of President Hassan Rouhani's government, the trip "should have been made much earlier, especially given the critical time in the region and the US efforts to build new alliances there."

The article further warned that "when infiltrating any country, the United States will try to sabotage that country's foreign relations, particularly when the other side is Iran." The paper, however, found comfort in the fact that "Iraqi politicians are wise enough to realize what serves their interests best."

The same concern about Washington's influence was echoed in Etemad's editorial. "The United States is going every way to cut off Iraq's dependence upon Iranian gas, trying to deprive Iran of that leverage."

The trip also took Zarif to Erbil, the capital of the Kurdistan Regional Government (KRG). Ties between the two sides experienced temporary strains in 2017 when the region held a failed referendum to seek independence from Baghdad. Former KRG President Massoud Barzani went ahead with the plan despite repeated warnings from Tehran. Still, ever since, the two have been slowly moving toward patching up the differences. Meanwhile, Rouhani is also scheduled to land in Iraq on March 11 in his first official visit to the country since he took office in 2013.

The timing of the Iranian foreign minister's visit was associated with implications both domestically and internationally. At home, rumors recently had it that the minister had stepped down. The hectic days of meetings with leaders representing Iraq's diverse political spectrum were just further affirmation that he is still in the job to represent Iranian diplomacy.

It also happened at a time when the United States is mounting unprecedented pressure on Tehran with wide-ranging sanctions as well as a planned "anti-Iran summit" in Poland, which has already sparked the ire of Iranians. Zarif traveled to Iraq immediately after a visit by his US counterpart, Mike Pompeo, in an apparent muscle-flexing gesture and an indication that the US-Iran arm-wrestling over influence in Iraq has no intention of dying down.