Russia consolidating its position in Iraq amid anti-Iran sanctions

Russian and Iraqi officials convened in Baghdad for another bilateral commission session to discuss energy and security cooperation amid US anti-Iran sanctions. 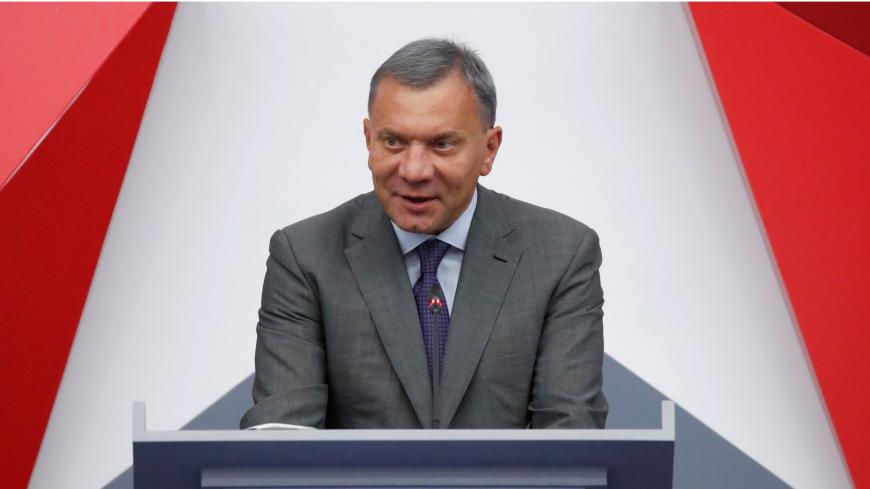 A top-level meeting of the Russian-Iraqi Intergovernmental Commission for Economic, Scientific and Technical Cooperation was held in Baghdad on April 24 and 25. It produced 16 bilateral agreements and memos of understanding in telecommunications, trade, energy, electric power, manufacturing, information technology, transport and banking.

Yury Borisov, who headed the Russian delegation, traveled to Baghdad shortly after his April 20 Damascus visit. In Syria, the Russian deputy prime minister discussed the ways of reviving the country’s economy with President Bashar al-Assad and sealed Russia’s 49-year lease of the seaport of Tartus for economic uses. In 2017, Moscow and Damascus signed an agreement on the deployment of a Russian navy logistics support center in Tartus.

"A key issue that is to yield positive dynamics is the one on the use of the port of Tartus. My visit has cemented all these agreements. We have made a considerable progress on that matter and hope that a contract will be signed within a week and the port of Tartus will be used by Russian businesses for 49 years," Tass reported Borisov as saying.

The economic recovery of the Syrian-Iraqi crisis zone received less coverage, but the fact that the issue is in the hands of a high-ranking official — Borisov is a former deputy minister of defense — speaks volumes about Moscow’s attitude toward the Arab Mashriq, which extends from the western border of Egypt to the eastern border of Iraq.

Switching to payments in the national currency was an item on the agenda. It was also announced on the eve of the visit that Russia seeks to boost its grain exports to Iraq. Earlier, the parties had concluded agreements to cooperate in ensuring the quality and safety of grain and quarantine phytosanitary control. Iraqis were to share with the Russians the results of their April inspections at seven Russian enterprises.

The talks, however, predominantly revolved around bilateral cooperation in the oil and gas sector. Borisov said Lukoil investment amounts to about $8 billion and under the agreement with Iraq may climb to $45 billion by 2035. “Given the understandable transformations, the projects require revision and are subject to negotiations with Iraq,” Borisov said.

In the meantime, the company said that cumulative production at the West Qurna-2 field in the south of the country had reached 400,000 barrels per day, which reinforces Lukoil’s status as a reliable partner to Iraqis.

“In 2017, Rosneft and Bashneft [also] clinched agreements on exploration and production of mineral resources [in Iraq]," Borisov said, according to Tass. It said Borisov added that while the projects are in their early stages, "They have very good prospects.”

Borisov, during his Baghdad visit, met with Salih, Abdul Mahdi (who voiced a desire to adopt Russian best practices in various fields) and with Mohammed al-Halbusi, the Iraqi parliament speaker. The Iraqi president and the Russian deputy prime minister expressed the need to comply with the agreements of the intergovernmental commission and implement the projects “in the interests of the two nations.” In addition, they discussed the international agenda and the political process in Arab states, according to the Elaph news site.

“The two sides agreed to hold semi-annual meetings led by deputy co-chairs of the intergovernmental commission,” Iraqi Foreign Minister Mohammed Ali al-Hakim, co-chair of the commission, was quoted by Sputnik as saying following the talks.

He also emphasized the strategic nature of Russian-Iraqi relations on political, security and trade tracks. In this regard, the removal of legal barriers to bilateral trade and the elaboration of ways to boost joint economic projects may be seen as a positive outcome of the talks.

Around the time the members of the commission came together in Baghdad, Moscow hosted the 8th Conference on International Security organized by the Russian Defense Ministry. Muhammad Jawad Khadum Al-Abadi, general secretary of the Iraqi Defense Ministry, told the conference that the Russian-Iraqi partnership was at the highest level and that the cooperation between Russian, Iranian, Iraqi and Syrian intelligence services is continuing.

Indeed, Russia and Iraq are consistently developing their military and technical cooperation. April 2019 saw the Russian Uralvagonzavod company carrying out the arms contracts and new supplies of T-90C tanks to Iraq. At the same time, commanders of Iraq’s armored divisions confirmed the readiness of military personnel to operate the battle tanks after they had received training from Russian trainers, according to Rossiyskaya Gazeta. As Abadi put it, Iraqi-Russian ties “remained substantive and they were not influenced by the US.”

On a regional scale, the anti-Iran sanctions badly dent Iraq’s possible commercial transactions. Starting from early May, the United States will end its six-month sanctions waivers for oil imports that have allowed eight governments to do business with Iran. Although Iraq does not import oil from Iran, it does rely heavily on the latter for gas imports for Iraqi power plants and for direct electricity imports. And if all such waivers end this could put both Tehran and Baghdad in the hot seat. However, amid the US effort to drive Iranian oil exports to zero in the world market, the share of Iraqi oil is on the rise. Given the fact that Russian oil companies, among others, have become major players in Iraq, one can believe that, at least in the short term, Washington’s strategy to weaken Iranian influence benefits Moscow and even its relations with Baghdad. Yet it appears that Iraq will have to cooperate with Iran following the end of sanctions waivers. If America opts for strict adherence to its policy, sanctions may be imposed on Iraq, which will bring greater risk and instability both to the Iraqi market and Russia’s interests in the country.