Iran has dispatched to Russia a “special envoy” with a message for President Vladimir Putin only a few days before his scheduled meeting with Donald Trump in Helsinki. 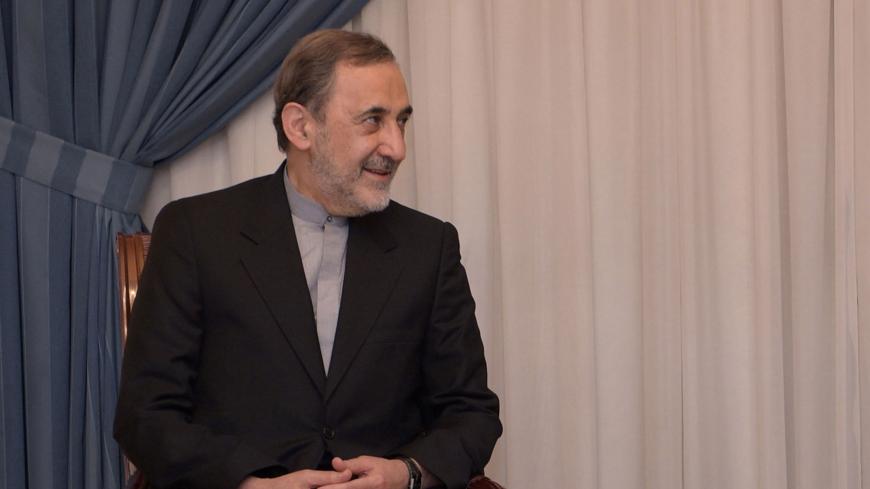 It was a hectic day at the Kremlin, which also simultaneously hosted the prime minister of Israel, Iran’s sworn enemy. Benjamin Netanyahu has been pressing Moscow to curb Iranian influence in Syria and has repeatedly warned that Tel Aviv will not tolerate a permanent Iranian presence there.

But upon his arrival in Moscow, the Iranian envoy confidently downplayed the coincidence of the visits. “Netanyahu is a hawker who keeps traveling around," he told reporters. "No one attaches any importance to his baseless and illogical remarks. His presence here does not affect our strategic mission.”

Velayati’s visit, according to Iran’s Foreign Ministry spokesman, is in line with a decision by the Islamic Republic to dispatch special envoys carrying messages from senior Iranian officials, aimed at clarifying Tehran’s stance toward the "selfish" behavior of the United States.

As part of that diplomatic scheme, the veteran Iranian politician will also travel to Beijing. The timing of the China visit has yet to be announced. Velayati is not the only special envoy. Kamal Kharazi of the Strategic Council on Foreign Relations, who also served as foreign minister under President Mohammad Khatami (1997-2005), has already visited Germany on a similar assignment.

“The trip’s importance is manyfold," wrote the Reformist daily Etemad. "Russia is one of the remaining parties to the Joint Comprehensive Plan of Action. And ever since [Donald] Trump pulled out of the deal, Moscow has proven more resolute to maintain the pact and has promised to do everything at its disposal to make up for the economic losses incurred by Iran due to the US pullout.”

Etemad further cheered Russia for changing the conditions on the ground in Syria in favor of President Bashar al-Assad and “preventing an Iranian-Israeli confrontation there.”

Speculation about the content of the message carried by Velayati mushroomed, as the Iranian Foreign Ministry did not elaborate on its details. According to Nematollah Izadi, a former ambassador to the Russian Federation and the Soviet Union, what makes the visit “extraordinary” is the fact that Tehran and Moscow are seeking fresh interaction beyond what has already been seen. “The message will grant [Vladimir] Putin greater authority to speak for Iran in diplomatic meetings," Izadi wrote in Etemad. "It will also remove any doubts about the standing that Moscow holds in Iranian policymaking. The message will tell Russians that Iran is their reliable partner."

“Velayati’s visit is a timely measure by Iran and signifies its seriousness to maintain the nuclear deal in cooperation with Moscow and Beijing," said senior parliamentarian Alaeddin Boroujerdi, according to Azad News Agency. "It was the same joint [Iran-Russia] cooperation in Syria and Iraq that led to the defeat of [the Islamic State]."

But not everyone shared the same positive reading. To some, the message could be a series of warnings “about Russia’s recent anti-Iran stances in OPEC by siding with Saudi Arabia … and frequent meetings with the Israelis," an article in pro-reform Jameh Irani read, echoing a cynical view of Russian motives. "Russians always lean toward the side that serves their interests.”

The debate over Iran-Russia relations has always been heated in Iran, with some arguing that Moscow has historically proven to be untrustworthy. Those holding that view even believe that Putin and Trump might reach a secret deal that is against Iran’s oil and regional interests. Hossein Sheikholeslam, an adviser to Foreign Minister Mohammad Javad Zarif, however, dismissed those speculations. “Trump will not reach an agreement with Putin or with anyone else," he said, according to Ghatreh. "He is a supremacist and a pharaoh who seeks to impose his own will on the other side, be it the Europeans, the Russians or the Chinese.”