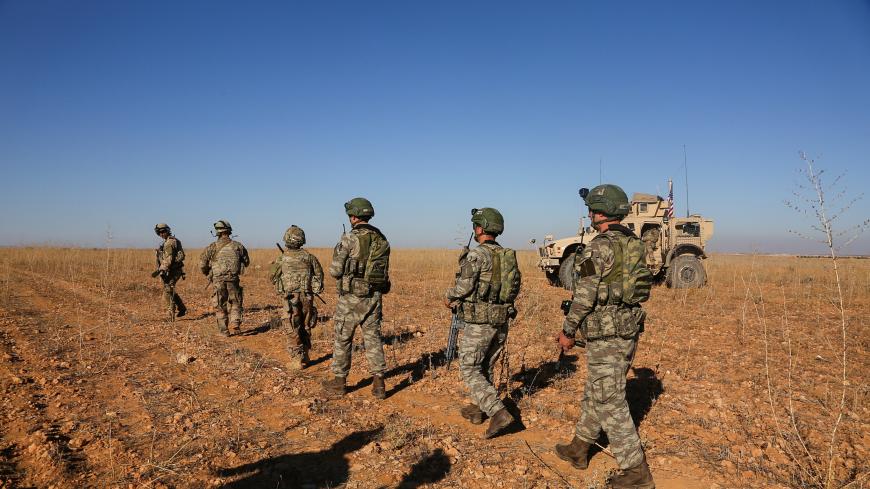 The Donald Trump administration’s confirmation that the US military has begun pulling equipment out of Syria has highlighted the Pentagon’s tensions with hawks such as national security adviser John Bolton, current and former defense officials told Al-Monitor.

Why it matters: Bolton’s insistence that the United States still stop the re-emergence of the Islamic State and Iranian-backed proxies in Syria could frustrate military planners trying to interpret Trump’s withdrawal order. The circumstances could prove especially difficult, experts say, as Washington faces a partial government shutdown with acting Secretary of Defense Patrick Shanahan only 10 days into his new job.

“I can only imagine the commanders and the planners saying, ‘now what are we going to do,’” said Donald Bolduc, a retired brigadier general who led US special forces in Africa. “The Pentagon’s in a transition mode itself. It’s the middle of the holiday season, a lot of jobs aren’t getting filled. You’re in the middle of a government shutdown. The focus is on that.” A former military official said US military planners first received their notice about the Syria withdrawal from media reports and the president’s comments in December rather than an official military order to leave, forcing them to immediately begin planning.

It’s complicated: On Thursday, the Wall Street Journal reported that US ground troops and naval vessels are moving toward Syria to assist with the withdrawal, defying Bolton. The national security adviser pledged during a visit to Israel this week that the United States would still achieve the objectives articulated before Trump announced the pullout. “Nothing has changed,” a defense official told WSJ. “We don’t take orders from Bolton.”

But alarm bells are ringing in the Pentagon that the new secretary might not be able to get around Bolton’s views on Syria, which are far more hawkish than Trump’s. A former US official told Al-Monitor that former Defense Secretary Jim Mattis “had a unique level of credibility and juice” to defy Bolton, and that few people in the Defense Department have anything good to say about Bolton. That’s different from most administrations, where the national security adviser is assumed to speak for the president, a former National Security Council staffer said.

Very complicated: Bolduc, who served in the Pentagon during the US troop withdrawal from Iraq in 2011, said the logistical challenge of getting out of Syria will be less taxing, but the Pentagon still must discern important questions — such as the size of the pullout, and the weapons and equipment that will be turned over.

“This just doesn’t happen overnight,” he said. “When you don’t have clear guidance this becomes very problematic. It’s not ever a simple process by saying, ‘oh we’re going to stay, or oh, we’re going to leave.’”

Freelance governing: “Like so often in the Trump presidency, it seems that members of the administration are taking what should be said with their inside voice and saying it with their outside voice,” Frances Brown, a former National Security Council official during the Obama and Trump administrations, told Al-Monitor. “They are taking their differing views of what the US should do in Syria — a question that normally would be robustly hashed out inside the Situation Room — and instead entrepreneurially trying to present their own preferences as 'Trump Policy' on the world stage.”

What’s next: Bolton will likely be at the Pentagon for a regularly scheduled morning meeting with Shanahan and Secretary of State Mike Pompeo on Monday. The Washington Examiner reports that an orderly withdrawal will likely take three to four months.