The suicide attack that killed several US service members and civilians in Manbij yesterday may strengthen Turkey’s hand against Syrian Kurdish groups that it sees as a threat. 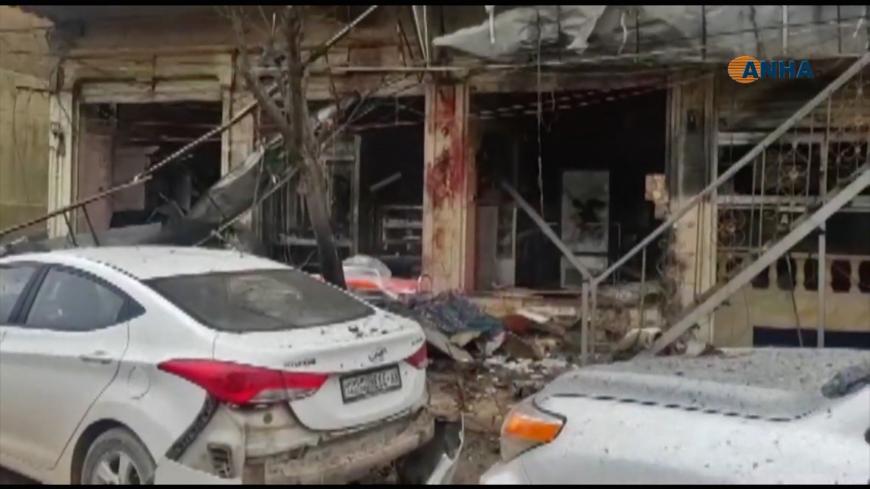 An image grab taken from a video published by Hawar News Agency (ANHA) on Jan. 16, 2019, shows the aftermath of a suicide attack in the northern Syrian town of Manbij. - AFP/Getty Images

The suicide attack that killed several US service members and civilians in Manbij today may strengthen Turkey’s hand against Syrian Kurdish groups that it sees as a threat. Ankara has been arguing the US-backed Kurds are unwilling or unable to maintain stability and security in the areas they control in Syria, and is eager to replace them with its own proxies.

Why it matters: The presence of groups affiliated with the Syrian Kurdish People’s Protection Units (YPG) in Manbij had been a major point of contention between Washington and Ankara until Trump’s decision last month to pull out US troops. Now Ankara is widely seen as waiting for US forces to leave the area before it launches a military operation to take the city.

Turkey considers the YPG a terrorist organization and a threat to its national security. It also argues that Kurdish groups are not able to defend the lands they control in Syria from the Islamic State or other terrorist groups.

Today’s rare attack may provide fresh ammunition for Ankara’s arguments against the YPG. However, the attack also further complicates that equation, as it puts the lie to the idea that the fight against IS is almost over — Trump’s rationale for pulling out in the first place.

What’s next: Citing a rebel commander backed by Ankara, Reuters reports that Syrian rebels in Turkey are awaiting "zero hour" to attack Manbij. Yet significant doubts remain as to whether Turkey can unilaterally act against the Kurds in Syria despite pressure from Western powers and global public opinion. The YPG in particular has garnered international praise and sympathy for resisting IS since 2014.

Another important development to watch is the upcoming meeting on Syria between Turkish President Recep Tayyip Erdogan and Russian President Vladimir Putin scheduled for Jan. 23 in Moscow. In addition to the latest developments in Manbij, the two leaders are expected to discuss al-Qaeda’s growing clout in rebel-controlled Idlib.

Know more: For more on the difficulties that await Turkey on the road east of the Euphrates River, read the recent articles by Al-Monitor columnists Fehim Tastekin and Kadri Gursel.