Intel: Why Israel is recognizing the opposition in Venezuela 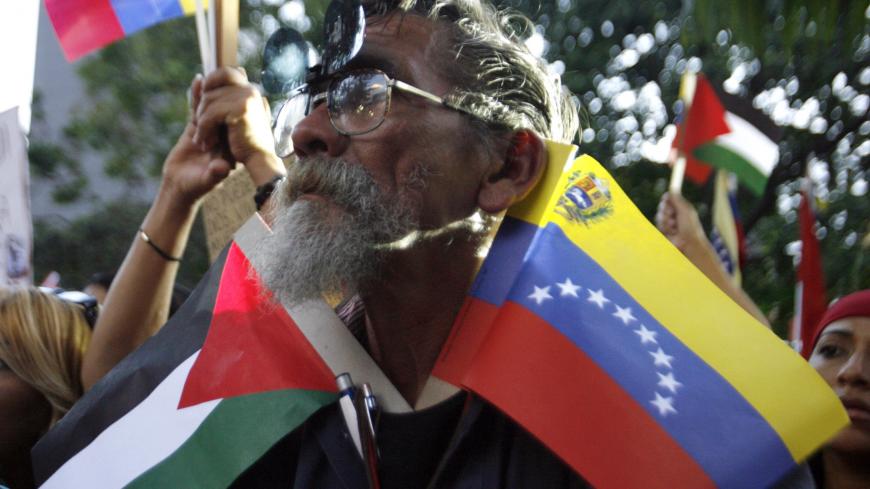 Why it matters: Israel’s Channel 13 reports that a US State Department official formally requested that Israel take a stance during a meeting at the Israeli Embassy in Washington on Thursday. Israel typically prefers to stay out of internal clashes like the one in Venezuela, even when the conflict is on its border like the civil war in Syria, partly for fear of sparking a backlash against Jews.

A high-ranking Israeli security official reportedly warned that siding with Guaido over Maduro could endanger the Jewish community in Venezuela. In the end, Netanyahu went ahead anyway, both out of gratitude for the Donald Trump administration’s pro-Israel policies and out of spite — since Israel’s enemies including Hamas, Hezbollah and Iran support Maduro. Turkish President Recep Tayyip Erdogan is also fully backing Maduro.

Bad blood: Israel has had no representation in Venezuela for more than a decade, ever since former President Hugo Chavez broke diplomatic ties over Israel's 2009 Operation Cast Lead in Gaza. Chavez then deported all Israelis from the country, including envoys from Jewish organizations. Under Chavez and Maduro, the number of Jews in Venezuela dwindled from 25,000 two decades ago to fewer than 10,000 today.

Anti-Israel policies continued under Maduro. In a 2013 speech, the Venezuelan leader accused Israel of poisoning Chavez "as they did with [Palestinian leader Yasser] Arafat." Maduro later denied being an anti-Semite and said his grandmother was Jewish.

Leftist backlash: The Israeli Communist Party has condemned Netanyahu's declaration as well as US support for Guaido. The party plans to demonstrate Tuesday in Haifa against what they call an imperialist intervention in socialist Venezuela.

What's next: Israeli embassies across North and South America are on alert to give help if needed to the Jewish community in Venezuela. If Guaido manages to take power, Israel expects diplomatic relations to quickly resume.

Know more: Al-Monitor’s Amberin Zaman has the lowdown on why Erdogan is a strong and vocal defender of Maduro.