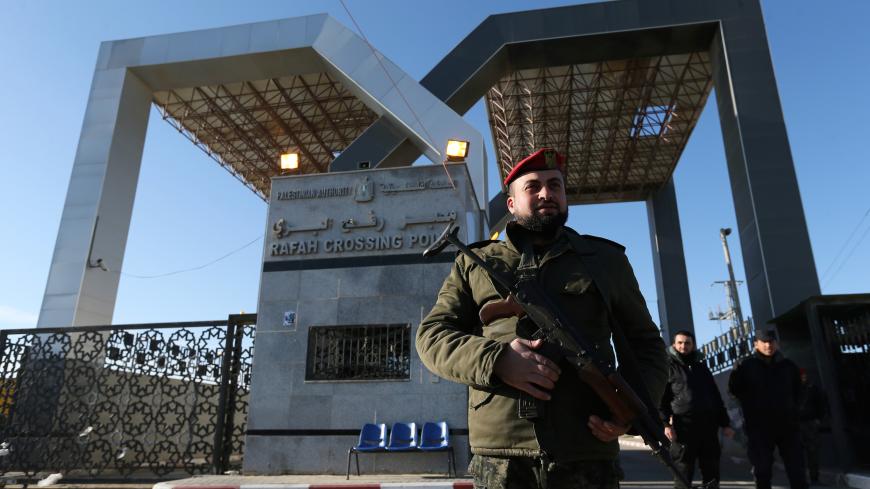 The Palestinian government withdrew its civil servants manning the border between Gaza and Egypt on Sunday, only to see them quickly replaced by staff loyal to the Islamist Hamas movement. The moves come as Palestinian infighting intensives in Gaza, with Hamas and Fatah escalating their war of words while arresting and otherwise impeding each other’s activists.

Why it matters: The return of the civil servants was supposed to be the first step in the reopening of the Rafah border crossing with Egypt. It was to be followed by the return of European police who fled when Hamas militants took over the streets of Gaza in 2006. The decision by the Ramallah-based leadership follows a week of high tensions prompted by the Hamas government’s refusal to allow Fatah activists to hold a rally today celebrating the 54th anniversary of the political group’s founding. The rally was eventually canceled after Hamas brought its armed security into the streets.

Hamas has been angry ever since the Fatah-dominated Constitutional Court dissolved the Palestinian Legislative Council in December and called for parliamentary elections within six months. Hamas, which won the last council elections, called the decision undemocratic and a blow to national unity. The Gaza offices of pro-Fatah Palestine TV were ransacked Jan. 4, prompting accusations that Hamas instigated the attack or at least failed to condemn it. Hamas replies that the destruction of the studio was carried out by disgruntled employees who are upset at the Ramallah-based leadership for not paying their salaries.

What’s next: The pressure is on Hamas to surrender both administrative and security powers. While the group appears ready to turn over administrative powers, it totally refuses to give up its control over security issues. Meanwhile, Israel, which had earlier agreed to allow Qatar to pay public employees in Gaza, now says it will no longer pass the money to Hamas, thus adding to the troubles faced by the Islamist movement. Palestinian President Mahmoud Abbas for his part hopes that Hamas’ difficulties will force a capitulation.

Know more: Rasha Abou Jalal has the lowdown on why Fatah accuses Hamas of manipulating border crossings to the besieged Gaza enclave.