US to withdraw from Syria, leaving Kurdish allies to face Turkish offensive alone

President Donald Trump tweeted that the war against Islamic State is over and his administration has confirmed American soldiers would leave Syria immediately, a significant diplomatic win for Turkey that follows US approval of a major weapons deal with Ankara. 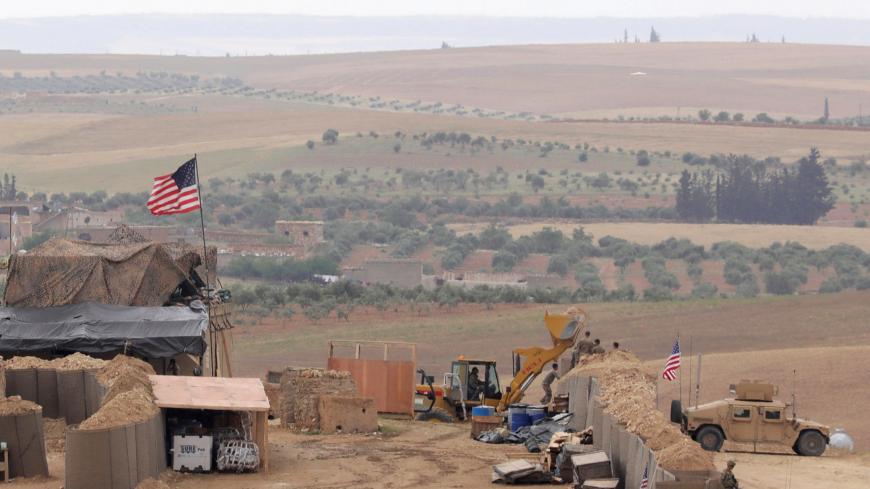 “We have defeated [IS] in Syria, my only reason for being there during the Trump Presidency,” the American president wrote. Administration officials said US forces based in Syria’s northeast would leave straight away, and his spokeswoman, Sarah Sanders, confirmed their departure was already happening.

The decision, which was derided by members of Trump’s Republican Party, comes just two days after Turkey’s leader, Recep Tayyip Erdogan, said Trump had responded positively to his threat to invade Syrian territory controlled by the People’s Protection Units (YPG), which fought alongside the United States against the Islamic State. Turkey considers the militia a terror organization for its links to Kurdish insurgents who have waged a three-decade armed campaign for autonomy within Turkey.

Trump had informed Erdogan he would pull out troops during a phone call on Friday, Turkish Foreign Minister Mevlut Cavusoglu said earlier this week. The withdrawal of US personnel from Syria will take 60 to 100 days, Reuters reported.

The departure would avert the risk of a confrontation between NATO’s two biggest armies, but it leaves the YPG, which is estimated to have between 30,000 and 40,000 fighters in the area, to face the prospect of a Turkish military offensive on its own. The estimated 2,000 American special forces operating in the area have built dozens of bases and observation points, serving as a kind of shield for the Kurds.

It also signals a diminished role for the United States in determining Syria’s future. Its rivals Russia and Iran, which back Syrian President Bashar al-Assad, are the main actors along with Turkey in negotiations to end the seven-year war. Iranian President Hassan Rouhani is due in Turkey for talks with Erdogan on Thursday.

Trump has long expressed a desire to leave Syria, but senior administration officials had insisted the United States remain in the war-torn country to thwart Iranian influence and stave off a resurgent Islamic State. The Kurdish-dominated militia said it took the last big town under Islamic State control last week, but warned that a Turkish incursion could undo the gains made against the jihadist group.

Trump’s decision followed a major breakthrough in another long-running dispute with Turkey when the State Department approved the sale of the Patriot missile defense system, a deal worth $3.5 billion that includes Turkey buying 80 guidance-enhanced missiles, 60 additional missiles and related equipment, according to the Defense Security Cooperation Agency. “This proposed sale will contribute to the foreign policy and national security of the United States by improving the security of a key NATO ally on the front lines of the fight against terrorism,” it said on Tuesday.

A slew of other disputes has damaged relations between the once stalwart allies, including Washington’s refusal to extradite cleric Fethullah Gulen, whom Erdogan blames for a 2016 attempted coup; the jailing of Americans in Turkey on coup-related charges; the US imprisonment of an executive at a state-run Turkish bank for busting sanctions against Iran and Turkey’s desire for punitive action against Saudi Arabia for the murder of journalist Jamal Khashoggi.

But worry that Turkey could acquire the Russian-made S-400 missile-defense system “is the biggest short-term flashpoint in terms of its ability to create a crisis, more so than any other issue. If they can navigate this gently, all other issues can be tackled with less passion,” said Soner Cagaptay, the director of the Turkish research program at the Washington Institute for Near East Policy.

Washington frets that Moscow would be able to obtain sensitive NATO technology if Turkey takes possession of both the S-400 and fighter jets the United States is developing with Turkey and other allies.

So far, Turkey says it won’t give up the S-400 and will buy both the Russian and US systems, Bloomberg News quoted Turkish officials as saying on Wednesday. It agreed in 2017 to buy the S-400 , which is less expensive than the Patriots and considered by many superior to the American-made system, for $2.5 billion.

Russia said on Wednesday it still planned to deliver the S-400 to Turkey. Kremlin spokesman Dmitry Peskov told reporters that Russia trusted Turkey to keep its secrets about the system from the rest of NATO.

NATO has strenuously warned that the S-400 is incompatible with the alliance’s defenses and that acquiring it would imperil Turkey’s acquisition of the F-35 fighter jet, a $1 trillion program for which Turkish companies are manufacturing the center fuselage and landing gear components, worth $12 billion.

“Turkey cannot buy both. I think the US will pull both the Patriot sale and F-35 deal if Turkey goes along with the S-400,” Timothy Ash, a strategist at Bluebay Asset Management, said in a note to investors.

Congress had blocked the sale of Patriots to Turkey over fears that Erdogan was realigning the country’s Western orientation. The Trump administration convinced skeptical US lawmakers to ease their opposition by arguing that Ankara would face sanctions if it also acquired the S-400, Bloomberg reported.

The sale of Patriot missiles still requires congressional approval, but the Trump administration is unlikely to have made the announcement without a nod from lawmakers, Cagaptay said. “It really points to the depth of the relationship, even when many characterize Turkey as a frenemy of the United States. Even on Capitol Hill, where opposition to Turkey is very strong, strategic decisions are still made favorable to Turkey,” he told Al-Monitor.

Turkey may be trying to link a settlement of all of its disputes with the United States, including Syria, Gulen’s extradition and the return of a senior Turkish bank executive who is in a federal penitentiary for helping Iran bypass sanctions for its nuclear program, Ash said.

“The news that the US government had lifted its opposition to sell Patriots was a major concession to Turkey from the Trump administration,” he wrote. “It shows the US and Turkey are talking and moving back closer together. That said, the Turks might be trying to drive too hard a bargain and might end up with nothing as a result.”

Trump told Erdogan he would look into extraditing Gulen, the White House’s Sanders said on Tuesday, confirming Cavusoglu’s comments the two leaders had discussed the matter at the G-20 meeting in Argentina earlier this month. Trump said he would “take a look at it but nothing committal at all in that process,” Sanders said.

Yet Trump could face reproach from critics in the United States if his government attempted to swap a US resident to win points with Erdogan, especially after prosecutors in Virginia this week indicted business associates of Trump’s former national security adviser, Michael Flynn, for illegally lobbying the US government to eject Gulen.

The United States has also demanded that Turkey free a NASA scientist, a half-dozen or so other American citizens and two Turkish employees at US consulates jailed on coup-related charges.