Ankara has listed the presence of what it calls terrorists in Sweden and Finland as its main objection to their accession but other factors could feature. 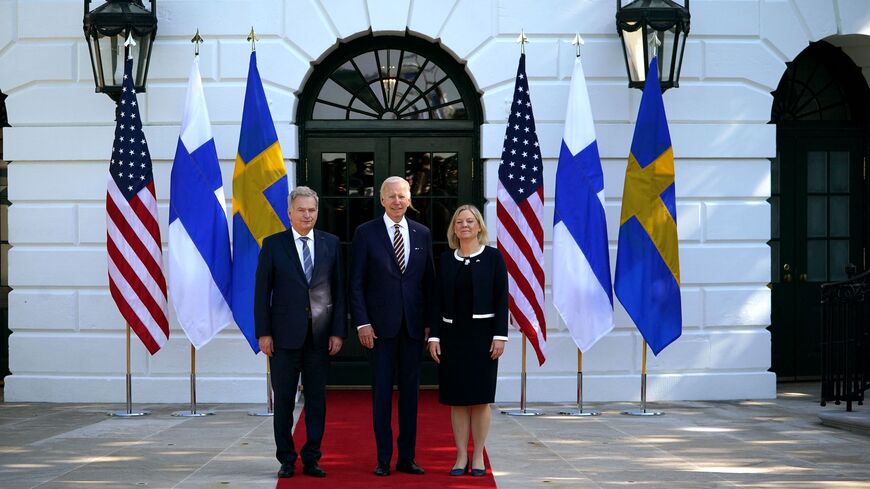 ISTANBUL — The deadlock created by Turkey’s foot-dragging over extending NATO membership to Sweden and Finland has left the alliance’s diplomats again striving to decode Ankara’s intentions.

President Recep Tayyip Erdogan appeared to put the brakes on the Nordic countries joining NATO last week, commenting, “We don’t feel positively about this.” He went further on Wednesday, when he directly linked their membership to extraditing “terrorists.”

Turkey’s main objection is to the presence of those it considers members or supporters of the Kurdistan Workers Party (PKK) in Sweden and Finland. Ankara has also complained of Swedish ministers meeting Syrian Kurdish politicians it accuses of having ties to the PKK.

Most of the Turkish protests seem to relate to Sweden, which has a large Kurdish diaspora. The Kurdish-speaking population of Finland was estimated at just over 15,000 in 2020, less than 0.3% of the population.

However, a day after Erdogan’s initial comments his spokesperson Ibrahin Kalin, who also acts as chief foreign policy adviser, said Turkey was “not closing the door” to Sweden and Finland. He added, “Of course we want to have a discussion, a negotiation with Swedish counterparts.”

Following a telephone call between Kalin and officials from Sweden, Finland, Germany, Britain and the United States, the Turkish president’s office said, “It was underlined that if Turkey’s expectations were not met, the progress of the process would not be possible.”

As well as the PKK and groups linked to it, Ankara also objects to the presence in Western countries of the followers of Fethullah Gulen, who is accused of orchestrating a 2016 attempt to topple Erdogan. Many Gulenists fled Turkey during the crackdown that followed the failed coup, including to Sweden.

Turkish officials have also cited defense export bans imposed on Turkey in the wake of its 2019 military incursion into Syria to push back the People’s Protection Units (YPG), which is tied to the PKK. Sweden and Finland were among several countries that banned arms exports to Turkey.

“We should see the message by the president and his subordinates as complimentary rather than contradictory,” said Ozgur Unluhisarcikli, director of the German Marshall Fund in Ankara. “In combination they are saying, ‘We really don’t want to block Sweden and Finland’s accession to NATO but we will unless they act.’ If Sweden and Finland are flexible and address Turkey’s concerns then I think this problem will be easily resolved. However, if they don’t, with President Erdogan doubling down … I think Turkey will block.”

Following a New York meeting with US Secretary of State Antony Blinken on Wednesday, Turkish Foreign Minister Mevlut Cavusoglu reaffirmed Turkey’s support for the “open-door policy of NATO” but said its “legitimate security concerns” should be met.

Although not openly linked to the NATO standoff by Turkish officials, Ankara may be attempting to use the issue to strengthen its hand in other areas.

After it was kicked out of the US-led F-35 fighter jet program in 2019 over its acquisition of Russian-made air defense missiles, Turkey called for Washington to provide modernization kits for its F-16 fighter fleet as well as 40 of the latest version of the warplane.

These negotiations were on a “positive trajectory,” Cavusoglu said after his meeting with Blinken.

According to Turkish officials speaking to Bloomberg News, Ankara is also seeking readmission to the F-35 project, in which Erdogan says Turkey invested $1.4 billion before it was excluded. It also wants US sanctions imposed over the purchase of Russian S-400 missiles to be lifted.

“Part of what Turkey expects is very tangible, it’s that Sweden and Finland will lift the arms limitations,” Unluhisarcikli said. “On the other stuff, it’s not as tangible. Turkey would expect a commitment, particularly from Sweden, that they will not engage the terrorist organization politically and then a commitment that they will work closely with the Turkish authorities on extradition issues and they will not grant asylum to people who are suspected of having links to the PKK.”

The dispute is not the first time Turkey has fallen out of step with its NATO allies.

Western support to the YPG, which was vital in fighting the Islamic State in Syria, is an ongoing gripe for Turkey while the S-400s led to accusations that Ankara was moving closer to Russia and that the missiles posed a threat to the alliance’s integrated defense.

Two years ago Turkey held up NATO’s defense plan for Poland and the Baltic states, demanding its allies recognize the YPG as a terrorist group. The plan eventually went ahead without any sign of concessions for Ankara.

“If Erdogan persists with this policy it will likely prove to result in a definitive break in Turkey-Western relations, ending Turkey's EU accession bid for sure … and I think damaging below the water line Turkey’s place in NATO itself,” said Timothy Ash, an economist at BlueBay Asset Management in London who focuses on Turkey.

He added, “But without a doubt, Erdogan will milk this issue to the full.”