Win for Erdogan, betrayal for the Kurds

With Trump's decision to withdraw US troops from Syria, Turkey was handed a victory over the Kurds. 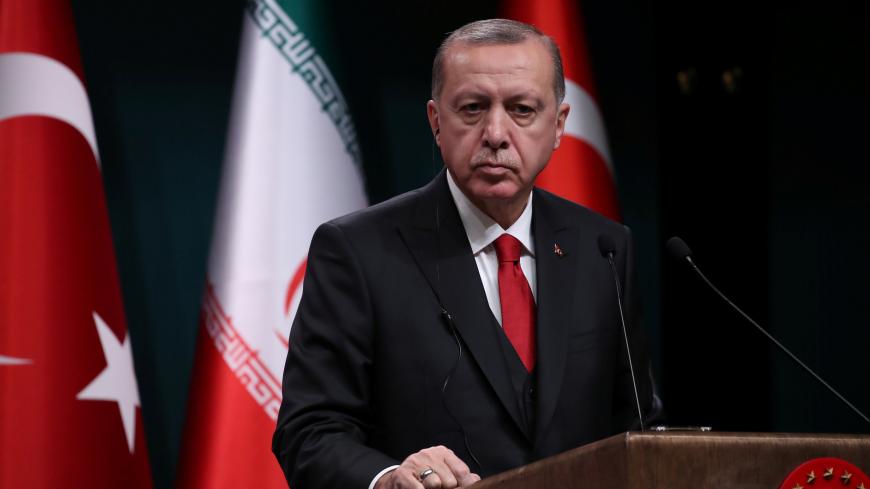 A prominent Kurdish analyst from Turkey texted me on Dec. 19, asking my opinion on President Donald Trump’s decision to withdraw from Syria. He was, naturally, curious about what the decision would entail for the Kurds in Syria and implicitly for their kin in Turkey. “If that’s a quiz question demanding a very short answer, my response is the following,” I wrote. “Sell-out or betrayal. Choose any of them, because they are synonymous in this case.”

The wording of US Secretary of Defense Jim Mattis' resignation letter confirmed my rather blunt take on the dramatic development. In carefully selected words, Mattis wrote, "My views on treating allies with respect and also being clear-eyed about both malign actors and strategic competitors are strongly held and informed by over four decades of immersion in these issues."

According to the New York Times, Mattis "viewed the withdrawal as abandoning Kurdish fighters and other American allies, and as ceding critical territory to Russia and Iran." His "core complaint was that Mr. Trump had lost sight of the importance of the competition for global power with Russia and China, who want 'a world consistent with their authoritarian model.'"

Further demonstrating Mattis' "core complaint," Russian President Vladimir Putin, the uncontested model of an autocrat, hailed Trump’s decision. According to Putin, US forces were not needed in Syria. Moreover, he said that US troops in Syria had no legal right to be there, as they were not invited by the Damascus regime, unlike Russian forces. He also said that US forces in Syria were not authorized by the UN Security Council.

Following Trump's decision, the Kurds are the real losers and Russia is the winner. This is almost the consensus view on the decision, which will have much wider strategic reverberations, specifically on the balance of power regionally, even globally.

Trump made his decision after a phone call with Turkey’s President Recep Tayyip Erdogan on Dec. 14.

The Washington Post reported, "Officials familiar with the Friday call said that Erdogan, among other things, had stressed to Trump that the Syrian Kurds were terrorists — allied with Kurdish separatists in his own country — and asked why the United States was supporting them rather than its NATO ally. He noted that the Islamic State had been vanquished and questioned the need for an ongoing US troop presence, saying that Turkish troops already massed on the Syrian border could handle any problem there."

The influential French daily, Le Monde, saw the US military retreat from Syria as an unequivocal “diplomatic victory” for Erdogan. It reported that Erdogan, since his phone call with Trump, affirmed that he had received a “green light” against the Kurds in northern Syria.

According to a Le Monde source, the development is a “great loss of the Kurds,” and without US support, the Kurds' power in Syria will collapse.

In The Guardian, Martin Chulov wrote, “Trump has in effect switched horses from the Kurds to their arch-foe the Kurds.”

The logical question that follows the dramatic US shift in strategy is, what form will Turkey’s expected onslaught in Syria take? Will it be a small operation to create a new buffer zone in Syria? Or a campaign to entirely eliminate the Syrian Kurdish People’s Protection Units (YPG), which Turkey considers a terrorist organization?

For Turkey’s Defense Minister Hulusi Akar, the second option is more plausible. On Thursday, speaking from the Qatari capital, Doha, he said Turkey was preparing “intensely” for a military offensive east of the Euphrates River in Syria, where Kurdish-led forces had fought against the Islamic State.

The Kurdish fighters have dug trenches and tunnels in the area in anticipation of the operation, Akar said, according to Turkey’s official Anadolu news agency. “But whatever they dig … when the time comes they will be buried in the trenches,” he said. “Of this there should be no doubt.”

Akar is a recently retired four-star general and former chief of staff known for his hawkish stance on the Kurdish issue. His former comrades-in-arms and the main opposition party in parliament criticized Akar for betraying his colleagues by aligning himself with Erdogan and his party. His increasingly tarnished image in the domestic political scene pushed him to take further belligerent moves in Syria against the Kurds to set his record straight. Only taking an anti-Kurdish, robustly Turkish nationalist position might silence his critics.

Erdogan is facing a seemingly uphill struggle in the local elections scheduled for March 2019. A nationalist mobilization would be the most effective and proven way to guarantee an electoral victory. So Erdogan is also ready to initiate a military offensive to the east of the Euphrates and to the west in Manbij. Trump’s decision is a golden opportunity to realize that goal.

Some call it “Trump’s New Year’s gift to Erdogan,” but it is more than that. It is the realization of Turkey’s influence all over the northern part of Syria to the detriment of Kurdish ideals for self-rule, which is Turkey’s long-standing red line.

Once again, when pushed to a crossroads, Washington sided with Turkey against the Kurds. After all, Turkey is a more important ally geopolitically. Turkey cannot be sacrificed, while, seemingly, the Kurds can be.

After Trump’s decision, all those who would rather see Erdogan falter than acknowledge the bitter taste of realpolitik emphasize that the Syrian Kurds could approach Damascus and invite the regime to take over Kurdish-controlled areas. This would prevent a Turkish incursion and the eventual occupation of the Kurdish-inhabited areas along the frontier with Turkey.

First, this is not a foregone conclusion. Back in January, the Russians proposed to the Kurds in Afrin to go back to the status quo. But the YPG rejected that option. If they were to voluntarily choose it now, they would be in a much weaker position with the Damascus regime. They would not be considered winners if President Bashar al-Assad restores his authority in northern Syria.

Second, even in the case of returning to a status quo, Turkey would be the winner. Turkey's main objective in Syria is to prevent the emergence of Kurdish self-rule along Syria's northern border. This position has been made explicit since 2012. The deployment of the Syrian army in the Kurdish regions, where there has been self-rule since 2012, is not Turkey’s priority, but it is a conclusion that Ankara can live with, as long as Kurdish governance ends on its frontier.

Erdogan’s coercing the Americans to make a choice between their erstwhile, strong ally Turkey and the Kurds in Syria resulted in success.

In any case, the likelier scenario is that a Turkish military presence will cut the corridors connecting Qamishli to Tell Abyad, and Tell Abyad to Kobani.

Whatever the trajectory will be, the post-American era in eastern Syria will be a win-win situation for Turkey.