The Russian Foreign Ministry announced its readiness to hold Fatah-Hamas talks to overcome the obstacles impeding internal reconciliation, amid an expected visit by head of the Hamas political bureau Ismail Haniyeh to Moscow. 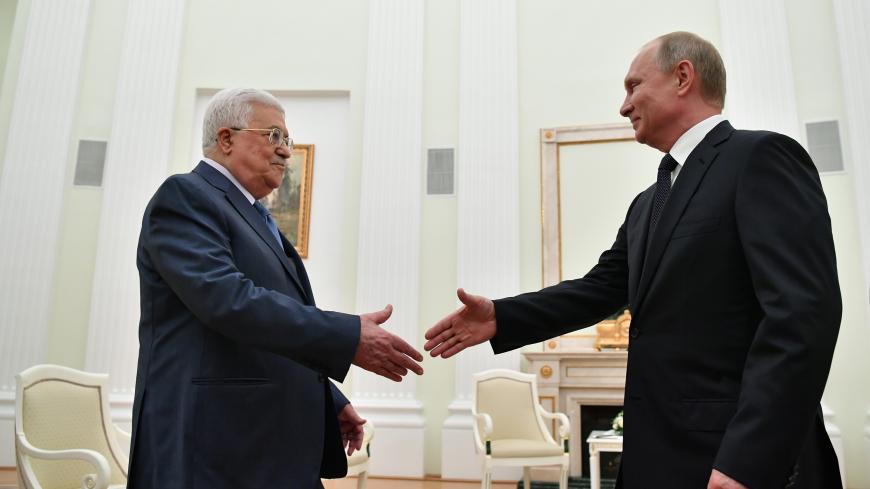 GAZA CITY, Gaza Strip — Russia has expressed its readiness to host meetings between Fatah and Hamas to overcome the obstacles impeding Palestinian reconciliation.

The divide between the two started following armed clashes between members of the Palestinian security services and Fatah gunmen on the one hand and Hamas gunmen on the other in mid-June 2007. Hamas ended up taking control of the Gaza Strip, with a state of political divide persisting between the two sides. Various efforts by Arab states have thus far failed to achieve reconciliation.

Russian Deputy Foreign Minister and special presidential representative for the Middle East and Africa Mikhail Bogdanov said in a press statement on Dec. 21 carried by RT news website that Russia was willing to host a meeting of Fatah and Hamas representatives in Moscow to support reconciliation efforts between the two parties.

“We invited [head of the Hamas Political Bureau Ismail Haniyeh], and he accepted the invitation with gratitude,” Bogdanov said, adding that the meeting being arranged between Hamas and Fatah would probably be held in early 2019.

“Now we will need to consider dates that suit both parties and form delegations. … We have already made some suggestions and are waiting for a confirmation,” he noted.

Russia’s initiative comes in tandem with the visit of Palestinian Foreign Minister Riyad al-Maliki to Russia to discuss with his Russian counterpart, Sergei Lavrov, the situation in Palestine, the peace process and the internal reconciliation issue. In a press conference with Lavrov on Dec. 21 in Moscow, Maliki said that the Palestinian leadership welcomes Russian efforts as a complementary role to the Egyptian role to achieve reconciliation and end the division. Maliki called on Lavrov to get Moscow to persuade Hamas to adhere to previously signed agreements to end the division and prepare for the Palestinian presidential and legislative elections.

Several Palestinian figures and delegations from various parties had visited Russia in recent months. Most recently, director general of the PLO political department in Syria Anwar Abdel Hadi visited Russia on Nov. 10 to discuss the situation in Palestine. A delegation of the Islamic Jihad discussed the situation in Gaza with Bogdanov upon an official invitation on Aug. 7. A delegation of the Popular Front for the Liberation of Palestinian was also in Moscow on July 11 following a Hamas delegation visit on June 25.

Al-Monitor spoke to Azzam al-Ahmad, a member of Fatah's Central Committee and the PLO's Executive Committee, who said, “We welcome any effort to pressure Hamas to complete the reconciliation deal in the hope of preserving the Palestinian cause at a critical juncture. Hamas has failed to take any step toward reconciliation.”

He asserted that Fatah is ready to implement the agreement signed with Hamas in Cairo in October 2017 and resume the reconciliation agreement efforts halted in the wake of the attack on Hamdallah’s convoy during his visit to the Gaza Strip.

Ahmad, in charge of the reconciliation issue, affirmed that the Russian Foreign Ministry did not send Fatah an official invitation to Moscow to discuss the Palestinian reconciliation, pointing out that the last telephone conversation between him and Bogdanov was Dec. 20. “We did not talk about an invitation to Fatah to visit Moscow,” he said, noting that Fatah was informed Nov. 28 by Haydar Rashid, the diplomatic representative of Russia in Ramallah, of an invitation sent by the Russian Foreign Ministry to Haniyeh.

The Russian Foreign Ministry sent Haniyeh an official invitation to Moscow on Nov. 28, and the invitation was officially denounced by Israel. Haniyeh is expected to arrive in Russia in early 2019.

Rakab asserted that Hamas is maintaining contacts with the Egyptian authorities to allow Haniyeh and his delegation to leave the Gaza Strip to visit Moscow, but he refused to give a specific date for the visit.

He revealed that Hamas’ expected visit would shed light on the ongoing Israeli attacks on Jerusalem and the West Bank, the ongoing settlement construction and the Israeli siege imposed on the Gaza Strip since 2007. He also noted that Hamas would request Moscow to offer political and financial support for the Palestinian people.

The recent Russian desire to host internal Palestinian reconciliation talks is not the first. Russia offered to mediate talks between the two movements on June 8, 2015, but its efforts did not bear fruit at the time due to the widening dispute between them.

For his part, professor of international relations at the Islamic University Taysir Moheisen told Al-Monitor, “The expected Russian reconciliation efforts represent a step that Russia wants to achieve in anticipation of playing a greater role in the Palestinian-Israeli negotiations.”

He added that Russia enjoys a strong presence in the Middle East and was engaged in a tug of war with the United States in many regional issues. At the military level, Russia and the US-backed rivaling factions in Syria before Trump’s decision to withdraw troops from Syria.

In the Palestinian-Israeli conflict at the end of July, Russia had a failed attempt to hold a meeting in Moscow between Palestinian President Mahmoud Abbas and Israeli Prime Minister Benjamin Netanyahu, who refused the meeting.

The striking and increasing Russian role in the Palestinian issue emerges after the rupture between the Palestinian leadership and the US administration following Trump’s declaration in December 2017 of recognizing Jerusalem as the capital of Israel, the subsequent US halt of financial aid to the UNRWA and the transfer of its embassy from Tel Aviv to Jerusalem on May 14.