Jordanian rights activists are growing more concerned about the amended cybercrime law that includes a loose definition of hate speech. 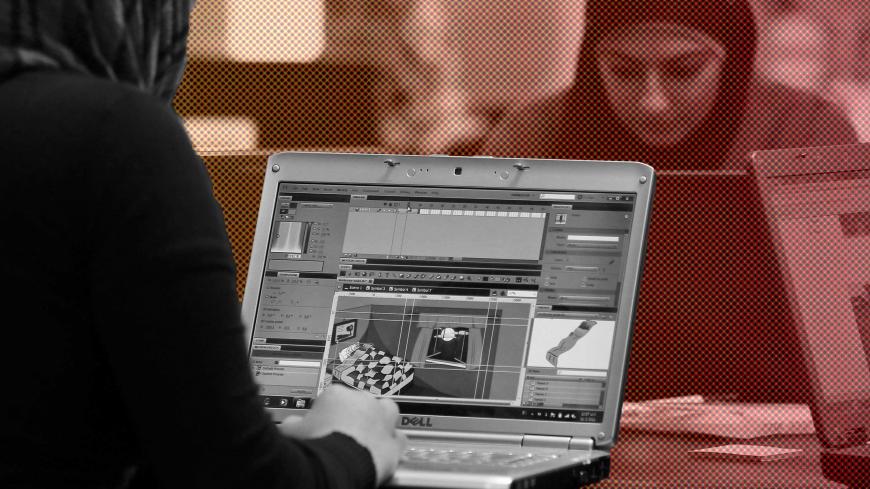 The Jordanian government withdrew its cybercrime bill from parliament Dec. 9 upon the request of Parliament Speaker Atef Tarawneh. The move comes in the wake of protests against the bill and demanding political and economic reforms. Jordanians organized a sit-in on Thursday near the government headquarters in Amman in protest of the economic situation, chanting slogans against the income tax and cybercrime laws.

Government spokesperson Jumana Ghunaimat said in a press statement that the decision was made in response to the demands of representatives of civil society, syndicates and political parties, among others, during their meeting with Prime Minister Oman al-Razzaz.

The amendments made to the draft law had raised the concerns of Jordanian activists who feared it would undermine freedom of expression.

A Jordanian court sentenced six journalists to six months in prison and fined them $80,000 on Nov. 27. Royal Court Secretary General Youssef Issawi had filed a complaint In October 2017 to the Anti-Cybercrime Unit at the Public Security Directorate because of a video the journalists posted on Facebook and other online media about the construction of his palace. The journalists accused Issawi of appropriating government funds and state lands to build a road to his palace.

Like other Jordanian lawmakers and officials who have filed lawsuits against citizens over social media posts, Issawi, who headed the committee for the implementation of royal initiatives, based his complaints on the cybercrime law passed in 2015.

In September, the Jordanian government sent the parliament amendments to the law that include intensifying sanctions and expanding the scope of cybercrime to encompass hate speech. The amendments' 13 provisions included one defining hate speech as a “statement or act that is prone to fuel religious, sectarian, ethnic or regional sedition.”

The proposed amendments also increased the penalty from one week to three months and no more than one year in prison and raised the fines for perpetrators from $140-$280 to $700-$1,400. The amendments raised the concerns of rights activists and advocates who feared the bill would restrict freedom of speech online. Jordanian activists launched a social media campaign Nov. 19, calling on the government to withdraw the cybercrime law.

In October, King Abdullah II published an article called “Social or antisocial media?” in which he condemned what he called rumor-spreading and slander.

Hala Ahed, a legal adviser for the Jordanian Women’s Union, said that opponents of the amendments are worried about the political atmosphere, fearing the leadership "aims to control social media and clamp down on strikes and public freedoms.”

Ahed told Al-Monitor, “The amendments reflect a climate hostile to freedoms and an attempt to restrict any calls from citizens to protest or hint at corruption cases on social media. We have lost our right to freedom of expression, and consequently our ability to defend our other rights, like our right to education, health, a decent living and fighting corruption.”

Ahed added, “The government claims the bill aims to defend individuals’ rights, but this is not accurate because some articles in the penal code criminalize slander and defamation, among other things.”

Rights activists also protested Article 11 of the existing law, which states that “anyone who intentionally sends, resends or publishes data or information through an information network, website or any other information system with the purpose of slander, defamation or derogation shall be punished by imprisonment for a term of no less than three months and by a fine no less than $140 and no more than $2,800.”

Nidal Mansour, executive director of the Center for Defending Freedom of Journalists, told Al-Monitor, “There is no need to amend the cybercrime law because other legislation like the penal code punish slander, defamation, derogation, hate speech and similar crimes.”

The Legislation and Opinion Bureau, a government institution that gives a binding legal opinion in the event of disagreement over legislation's constitutionality, held that cybercrimes of slander and defamation are subject to the provisions of Article 11, rather than the press and publications law, which does not include sanctions that deprive journalists of their freedom.

The bureau's ruling, issued in 2015, allows the public prosecutor to arrest online journalists. The Center for the Freedom and Protection of Journalists launched a Facebook campaign in 2016 called “Talking is not a crime” to educate the public about restrictive legislation on media and expression, notably Article 11 of the cybercrime law.

Mansour also criticized the bill's definition of hate speech. He said that the government vaguely defined it as offenses like stirring regional and sectarian tensions. He told Al-Monitor, “What are the international standards they relied on in this definition?”

Jordanian legislation is rife with vague terms like undermining the political regime, gossiping, changing the structure of society and sparking regional tensions. As a result, over the years, especially after the Arab Spring, many political activists, retired military officials and professors have appeared before the State Security Court after they expressed their opinions on social media or staged peaceful protests.

Qteishat told Al-Monitor, “These amendments protect the interests of individuals rather than those of the state.” He agrees with those calling for removing hate speech provisions from the law to avoid vague terms that would restrict freedom of expression, emphasizing, “The right to criticism is guaranteed for journalists and citizens under the penal code.”

During a Nov. 27 dialogue session about ways to deal with rumors in social media, Jordanian government spokesperson Joumana Ghneimat said, “The cybercrime law does not aim to silence people. The goal is to protect the rights of citizens and prevent meddling in their personal lives and defaming them.” The organizer, All Jordan Youth, was established in 2006 by the Royal Court to promote dialogue among young people.

Ghneimat added, “When criticism is objective and professional and does not infringe on privacy or defame people or fabricate lies, the law does not apply. The complaint of any person who submits proof of corruption of any party or public employee to the Integrity and Anti-Corruption Commission will be accepted, and they are protected under the law.”

The commission is a governmental institution.

According to the Public Security Department's Anti-Cybercrime Unit, 6,200 cybercrimes were recorded in 2018.