A proposed bill would close the Israel's civil administration in a bid to advance the gradual annexation of the West Bank. 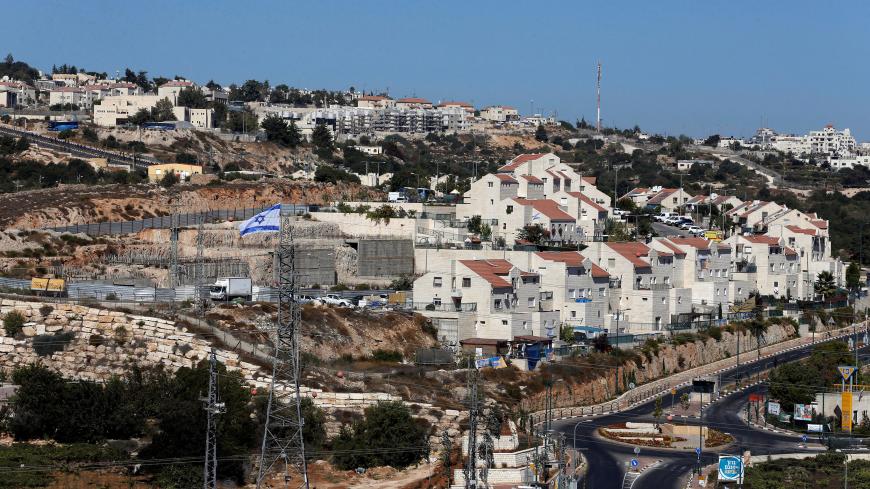 A general view shows the Jewish settlement of Kiryat Arba in Hebron, in the occupied West Bank, Sept. 11, 2018. - REUTERS/Mussa Qawasma

Proposed legislation to be submitted to the Ministerial Committee on Legislation Dec. 9 would eliminate Israel’s civil administration in the West Bank. The law, proposed by Knesset member Bezalel Smotrich (HaBayit HaYehudi), already has the support of many of the coalition’s members and ministers, even though it is not based on any need to reduce the defense budget or improve services provided to West Bank residents and make them more efficient. It is little more than another step toward the annexation of territory in the West Bank.

According to the proposed law, powers now held by the civil administration will be transferred to the relevant government ministries, but only for the Jewish residents (West Bank settlers). “Government services for residents of the region who are not Israeli citizens will be granted via the various Regional Liaison administrations,” states Clause 5 of the proposed law. Furthermore, the bill states that the finance minister, in consultation with the Civil Service Commission, will assess the new standards and budgets needed by each ministry. The regional representation offices of the military administration in the West Bank will fall under the responsibility of the different ministries.

Smotrich explained via Twitter what lies behind his proposed law. “The civil administration should be shut down immediately,” he tweeted. “The residents of Judea and Samaria are not fourth-class citizens. There is no reason they should be ruled by military officers rather than by government ministries.”

Smotrich is well aware of how tenuous the situation now is. With a narrow coalition of just 61 seats, Prime Minister Benjamin Netanyahu, who is also defense minister, has been courting the settler vote incessantly. In response, Smotrich issued a blatant threat: “If the defense minister blocks this, he must not be allowed to get a single vote in Judea and Samaria in the next election.”

The civil administration was first established by Defense Minister Ariel Sharon in 1981. He wanted to separate the civilian affairs of residents of the occupied territories from the Israel Defense Forces’ activities there. From the Six-Day War in 1967 until the creation of the civil administration, the West Bank and Gaza were under full military rule.

Since the territories are occupied, Israeli law does not apply there. This means that the civil administration has extensive authority over the Jewish settlers living there, though some of its authority over the settler population has been whittled down over the years. For instance, it is responsible for construction in Area C, including producing development plans, granting construction permits and freeing up land for development.

HaBayit HaYehudi makes no secret of its goal to apply Israeli law to the settlements, claiming that residents of the settlements do not enjoy the same status as Israelis living within the Green Line. The claim is questionable at best, since settlers receive overwhelming preference when it comes to government budgets. According to a 2016 study by the Macro Center for Political Economics, Israel’s budget for 2017-2018 provided Israelis living in the West Bank with five times the benefits and grants offered to the average citizen. But as far as Smotrich is concerned, it's not enough. HaBayit HaYehudi has a long-term vision and no qualms about calling it what it is: the annexation of West Bank territories and the obliteration of the principle of a two-state solution.

Since 2012, HaBayit HaYehudi Chairman Naftali Bennett has been trying to advance a plan in which some 60% of the West Bank, home to some 400,000 people, would be annexed outright. Then, Bennett would grant full citizenship to the 50,000 Palestinians living in Area C. By making them Israelis in every sense of the term, Bennett believes “We would be pulling the rug right out from under claims that Israel practices apartheid.”

Bennett’s annexation plan found many supporters among Knesset members on the right. Nevertheless, he has been unable to get it passed due to opposition from Netanyahu, fueled by fear of the international response to a plan that would effectively bury any chance of reaching a future agreement with the Palestinians. That is why Smotrich and other members of his party have been advancing “creeping annexation” instead. In this case, it seems as if even the US administration will not oppose the move. At first glance, the proposed law seems entirely procedural, but its content is highly significant. It effectively allows the settlers to build as much as they want.

As part of his efforts to advance his proposed law, Smotrich has focused on a minor incident in which an officer with the rank of major who works for the civil administration called on the Central Command to stop providing aid to the settlement of Yitzhar because of all the violent acts committed by its residents. The government liaison in the territories, Maj. Gen. Kamil Abu Rokon, backed the officer in this case. Since the civil administration is under his purview, the case provided the settlers an opportunity to demand that the civil administration be eliminated. Smotrich didn’t come up with his law in a week — it had been lying before the Knesset for preliminary discussion since March, kept on hold until the right time.

Meanwhile, media outlets aligned with the settlers have already launched a campaign in support of the legislation, hoping to pressure right-wing Knesset members and prepare the Israeli public for the move. The civil administration “is an old-fashioned and overburdened organization with minimal staffing that could not manage our lives even if it wanted to,” commented Zvi Sukkot Nov. 28 on the pro-settler Channel 7 TV website. He claimed that new construction and the approval of thousands of homes across the West Bank “would require a comprehensive official survey of the entire territory to determine which lands can be declared property of the state. Given its current staffing, the civil administration can conduct no more than one survey per year, with 2018 devoted already to the Supreme Court’s decision on the Tapuach West outpost, and 2019 on legalizing the Havat Gilad outpost.”

Now the cat is out of the bag. The real purpose of the move to eliminate the civil administration is to expand construction in the settlements and remove any possible obstacle to it.

Smotrich’s proposed legislation goes hand in hand with the judicial revolution being advanced by Justice Minister Ayelet Shaked, also of HaBayit HaYehudi. She transferred judicial authority over Palestinian lawsuits from the Supreme Court to the District Court, easing the seizure of Palestinian land.

Even if Smotrich’s new law is not advanced anytime soon, it will be brought up repeatedly until the next election and until Netanyahu is forced to agree to it so as not to lose the settler vote, just as Smotrich threatened.