Ten years after the tragedy, an Israeli court has dismissed a lawsuit by a Palestinian doctor whose three daughters and niece were killed during Operation Cast Lead. 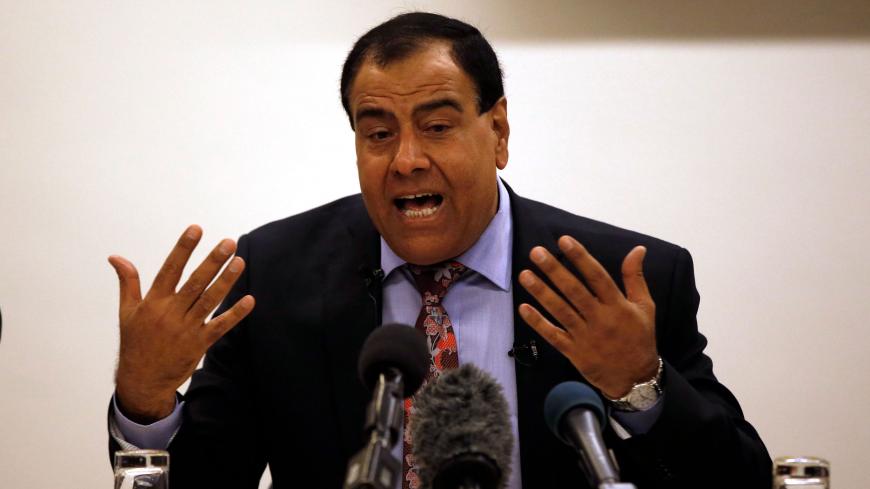 The Beersheba District Court has thrown out a lawsuit brought by Dr. Izzeldin Abuelaish against the State of Israel. He was suing the government for killing his three daughters and niece 10 years ago, during Operation Cast Lead. The girls were killed when two tank shells hit his home in the town of Jabalia in the Gaza Strip.

It happened on Friday, Jan. 16, 2009. I was sitting in the TV studio at Channel 10 when my phone began to ring. When I answered, I could hear Abuelaish scream: “They killed my daughters.” I immediately decided to hit the speaker button, so that his screams could be heard live on air. As a result of the broadcast, the IDF allowed him to transfer other members of his family injured in the attack to hospitals in Israel. The audience was shocked. Statistics about the casualties in Gaza suddenly had real faces and voices. In just 24 hours, Prime Minister Ehud Olmert announced a unilateral cease-fire.

Abuelaish sued for damages, hoping that it would force Israel to apologize for killing the girls. He told me that the apology was much more important to him then the damages he claimed. In any case, he planned to donate them to a fund he had established in Canada that offers scholarships for young girls in the Middle East, including Israel.

Throughout the military operation, he claims, the IDF knew that he and his family living in Jabalia were in no way involved in terrorism. I myself testified as much when I appeared in court. Two days before a tank fired at his home, another tank pulled up outside his house and aimed its cannon at it. Abuelaish called me in a panic. I transferred him to the radio anchor of the moment so Abuelaish could tell the listeners himself about the tank outside his window. Immediately after the broadcast, the IDF unit operating in the area received orders to back down and move away from the home. Abuelaish felt safe. He was convinced that the IDF knew that a doctor who worked in Israel lived in the house with his eight children, and that all they wanted was to get through the war in peace. Two days later, his wails pierced the otherwise somber studio.

After the tragedy, the IDF attempted to blame him for the incident, claiming that they came under fire from the home. Then, when they were unable to prove it, they argued that the shrapnel found in two of the bodies could not have come from IDF shells.

I attended all the hearings and heard the testimonies of IDF expert Eran Tuval, who examined the shrapnel, and the brigade commander who ordered the tank to fire on the house. They disagreed about the type of shells that were fired. The expert was told by the army that original shell was of a hollow type, and he proceeded with his inspection on that basis. The brigade commander claimed that the shell was a solid sort. The shrapnel would behave very differently in the latter case.

Yet Judge Shlomo Friedlander did not consider this detail important to the case. “I prefer the expert’s professional testimony on the matter,” the judge wrote in his ruling. “Furthermore, the brigade commander didn’t remember what happened with absolute certainty. He is an infantry officer, not a tank officer, and I can only assume that his training did not include memorizing all the technical details of the different kinds of shells. … He might have gotten his testimony confused.”

The expert also admitted that he did not receive any documents regarding the chain of evidence. He could not determine a chain of custody for the envelope with the shrapnel extracted from the bodies of the wounded and why no written explanation appeared in the file. The lack of information about the incident that took place 10 years ago compromised his work. But the judge took the IDF’s side on that issue as well, saying, “I accept the testimony of the expert despite these facts, which are related to the operational aspect of things and not to its juridical ones. And so his testimony should not be questioned.’’

The brigade commander testified that after the two shells were fired, thick black smoke began to rise from the house. This, he explained, was unusual, but could be the result of a secondary explosion of a weapons stash in the area. As a result of the expert’s testimony that the shrapnel found at the site did not match the kind of shrapnel produced by IDF armaments, the state argued that the shells hit an arms cache hidden in the house, causing it to explode and killing the girls. Abuelaish responded that the black smoke, if there were any, must have been caused by gas canisters that exploded, setting the house on fire. The judge, however, accepted the state’s arguments and determined, “There were arms in the doctor’s home that were not of the kind used by the IDF, but were of the kind used by terrorist organizations. They exploded when the doctor’s apartment was hit by IDF shells, thereby intensifying the damage. … It is my belief that the doctor was not involved in this and knew nothing about it."

Talking to Al-Monitor, Abuelaish’s attorney Hussein Abu Hussein said that though he has handled hundreds of such cases, “This ruling enrages my sense of justice.” He says the army changed its story on several occasions. “The whole claim that there was an arms cache in the house is strange, because no one actually saw the smoke. This argument is based on the testimony of a Golani brigade commander who gave the order to fire at the house from a war room that was nowhere near the scene of the incident and who was only told about the smoke later. How could the court use this to determine that there was an arms cache on the premises?”

Abuelaish walked away from the process battered and bruised. The court did not only find that the deaths were caused by a military operation in wartime (which, according to Israeli law, absolves the state from paying reparations). It also cast aspersions on Abualeish without any evidence that his complaint was unfounded.

Based on the conflicting testimonies, the court should have determined that there was not sufficient evidence to assume arms were hidden in the doctor’s house, perhaps by his younger brothers. This assumption was supported by no testimony and was only made to explain the contradiction between the IDF testimony and the acknowledgment that Abuelaish is a man of peace who would never support any terror acts or keep any explosives in his home.

During the trial, the brigade commander testified that he ordered the two shells fired at Abuelaish’s house. The judge allowed him to testify from behind a partition so that the audience would not be able to identify him. It was a chilling scene. Only the legal teams could see the two men meet for the first time. Abuelaish looked at the officer whose orders caused the deaths of his daughters while the officer tried to explain the considerations behind his decision to open fire.

“I looked him right in the eye,” Abualeish told Al-Monitor. “I realize that there could have been a mistake. Mistakes happen. I just wanted to hear the head of the brigade say, ‘I made a mistake. I’m sorry that the daughters you loved so much were killed because of a decision I made.’ Instead, all I got from him were elusive responses and unconvincing explanations.”

And yet, despite everything that happened, he has not abandoned his campaign for peace. Before the tragedy, Abuelaish used to say proudly that he had helped deliver more Jewish babies than any other doctor at the Beersheba hospital. Today, 10 years after the tragedy, Abuelaish still preaches coexistence and reconciliation.

“I will not hate,” he says again and again. He sincerely believes that the day will come when there are no more victims on either side. “If I didn’t believe that myself, I couldn’t offer any hope to my children who survived,” he declares. He is now considering whether he should appeal to the Supreme Court, and not only because he believes that his case is just. Despite everything, he still believes in the foundations of the Israeli legal system.