In rejecting the United Nations new convention on migration, Prime Minister Benjamin Netanyahu has made common cause with right-wing governments in the West but appears to remain at a loss about how to handle illegal immigrants in Israel. 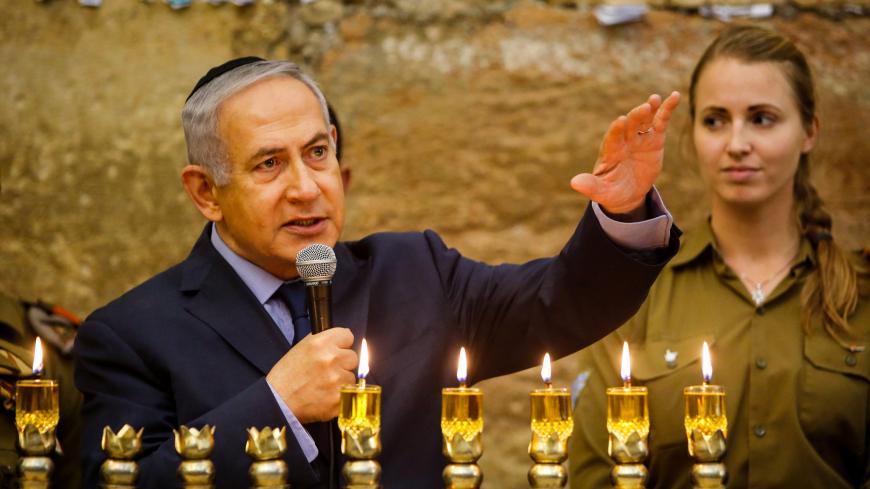 Like other right-wing governments in the West, Israel will not be participating in the international conference in Morocco this month where the United Nations will present the Global Compact for Safe, Orderly and Regular Migration.

Agreement to develop the compact and introduce it at a conference had been reached during meetings of the UN General Assembly in September 2016. At the time, the plan was for participants to sign the convention in Marrakesh, even though it would not be legally binding. Representatives from Israel’s Foreign Ministry participated in the discussions during which the convention was written, but on Nov. 20 Prime Minister Benjamin Netanyahu announced that Israel would not be participating in the conference nor would it become a signatory to the compact.

“We have a duty to protect our borders against illegal infiltrators,” Netanyahu said. “That’s what we’ve done, and that’s what we will continue to do.”

Netanyahu first announced his opposition after the newspaper Israel HaYom revealed that Israel planned to take part in the initiative. The paper's reporting generated a reproach from the right. Israeli opponents of migration believe that the country’s very participation in the initiative would be a step too far. A major reason behind this opposition is the supposedly liberal character of the initiative, which blurs distinctions between illegal immigrants, asylum seekers and refugees.

Among the provisions, the convention would permit the entry and resettlement of migrants leaving their countries due to climate change. It also provides these immigrants an opportunity to bring their families from their countries of origin to join them under a family reunification framework and grants legal representation to immigrants regardless of their legal status. It eliminates criminal sanctions for entering countries illegally, rejects the creation of closed detention centers for illegal immigrants, encourages the full integration of immigrants into the host society and ensures multicultural activities there. The compact additionally supports training members of the media to use more sensitive terminology when describing immigration and calls for action against media outlets that encourage discrimination against immigrants.

The clauses that stand in particularly stark contrast to current official Israeli policy are those eliminating criminal sanctions for entering a country illegally and rejecting the creation of detention centers. The Israeli Immigration Policy Center works to limit immigration to Israel, and according to spokesperson Yonatan Yakobovich, “The agreement runs counter to the most basic sovereign interests of the State of Israel. There can be no justification for signing an international agreement that runs counter to these interests.”

For the past few years, the Israeli government has been waging a battle with the Supreme Court, which has frequently overturned legislation intended to deal with the problem of people entering the country illegally. Its rulings have included placing bans on deportations and imprisonment in detention centers.

In April 2018, Netanyahu announced that he had reached an agreement with the United Nations by which some migrants would be transferred under UN auspices to other countries while others would be allowed to remain in Israel, where they would receive legal status. After coming under a barrage of criticism from the right, the prime minister backtracked one day later, revoking the agreements that he had just reached with the United Nations.

Now the right has been sharply critical of the Foreign Ministry’s participation in formulating the new convention. At an urgent meeting of the Knesset’s Interior Committee convened Nov. 21, Likud representative Yoav Kisch declared that under no circumstances should Israel sign such an agreement without public debate on the issue. He went on to describe the convention as an injurious measure that would have a deleterious impact on the country for many generations to come.

Alon Bar had tracked the convention’s development as the Foreign Ministry's representative for the past two years. At the emergency Knesset meeting, he said that Israel participated in the process “mainly to ensure that no decisions are made that run counter to our policies. We sat down with all the countries in the world, including those countries which have decided not to sign the agreement, and we made an active effort to adapt the agreement’s wording to Israeli laws and norms.” He went on to emphasize that in any event, the agreement is not legally binding.

Under Netanyahu, the Israeli government has aligned its opposition to the new convention with other Western nations where the right holds power. In conversations, Netanyahu has said that Israel has coordinated with US President Donald Trump and his administration on the issue. The United States is, in fact, the most vociferous opponent of the convention, and this kind of coordination is particularly important to Trump, who is currently waging his own fight against immigration. The governments of Australia, Poland, Austria, Italy and Hungary are also opposed to the compact and will not be participating in the conference.

Netanyahu, in his statement on Israel refraining the conference and convention, bolstered his overall policies of cooperation and alignment with other right-wing governments in the West and elsewhere. In the past year alone, he hosted Hungarian Prime Minister Viktor Orban and Czech President Milos Zeman and openly expressed his delight at the election of the far-right Jair Bolsonaro as president of Brazil. Many of these leaders have recently announced that they will be changing their country's policy toward Israel. Some have even said that they plan to follow the United States’ lead by moving their embassy to Jerusalem.

This alliance with right-wing governments in the West is worrisome to the left in Europe and around the world. The leading proponent of such a convention on migration is Chancellor Angela Merkel of Germany. Surprisingly, she has been criticized for this by none other than former Secretary of State Hillary Clinton.

In an interview with the Guardian newspaper, Clinton said that while she admires the “very generous and compassionate approaches that were taken particularly by leaders like Angela Merkel,” the policy has “roil[ed] the body politic” and empowered the European right. So, for instance, she attributed the Brexit vote, in which Britain decided to leave the European Union, to issues of immigration and Europe’s lax policy toward immigrants. “I think Europe needs to get a handle on migration,” Clinton said. “We are not going to be able to continue to provide refuge and support.”

In parallel with the commotion surrounding the new convention, Israel seemingly continues to search for a solution in regard to the handling of illegal immigrants. One possible approach is to send people from Eritrea home, since several countries in Europe have recently determined that the country is no longer dangerous. In other words, Eritrea immigrants should no longer benefit from refugee status. This conclusion was reached after Eritrea and Ethiopia signed a peace treaty this summer. In October, it was revealed that Israel is already holding talks with Eritrea to deport illegal immigrants there. Israel has also had contact with Rwanda and Uganda to receive African immigrants. Understandings to this effect had been reached in the past with these two countries but no actions were ultimately taken.

A senior Foreign Ministry official who requested anonymity said that Israel wants to resolve the illegal immigration problem under UN auspices and that all local discussions on the issue take place with the full knowledge of those people at the relevant bodies of the United Nations handling illegal migrants and refugees. He went on to tell Al-Monitor that the discussions involve the United Nations providing aid to those African nations that agree to accept migrants who entered Israel illegally, adding that Israel would also help cover the cost of their absorption.