Israeli parties in search of ex-generals

On the backdrop of security tensions on Israeli’s northern and southern fronts, all of the parties are looking for security-oriented stars. 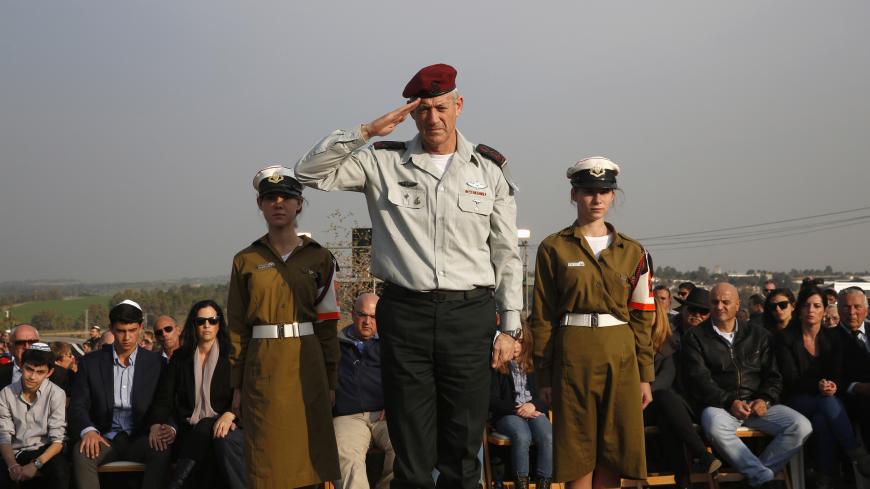 On the eve of the last election in 2015, professor Manuel Trajtenberg was one of the most sought-after people in the political campaign. Every large and mid-sized party tried to recruit the popular economist. In 2011, Prime Minister Benjamin Netanyahu appointed Trajtenberg to head the Committee for Social and Economic Change, a group intended to restore calm after the masses took to the streets to protest the rising cost of living. The “Trajtenberg Committee,” as it became known, eventually published a detailed report. Some of its recommendations were even implemented. As a result, Trajtenberg became the most prominent socio-economic brand name in the entire country. He finally chose to join the Labor party, and they highlighted him as their candidate for finance minister and gave him the safe 11th spot on their list.

The 2015 election campaign was a direct consequence of the social protests, which began with the 2013 election when Itzik Shmuli and Stav Shafir, two leaders of the younger generation of protesters, were first elected to the Knesset. Without those protests, Moshe Kahlon, an icon of the Likud party’s social awareness, would never have founded his own party in 2014, won 10 seats and been appointed minister of finance.

The social protests caused Israelis to abandon old, established voting patterns and replace security concerns with economic issues. Until then, generals were always the hottest commodities. As unbelievable as it is, about half of all chiefs of staff eventually entered politics, with two of them — Yitzhak Rabin and Ehud Barak — elected prime minister and many others serving as ministers. One general, Ariel Sharon, also served as prime minister. Some generals, like Rafael Eitan and Yigal Yadin, established their own successful political parties. All in all, dozens of senior officers eventually became politicians.

A quick glance at everything that has happened in the few days since early elections were called shows that the page has been turned back again and generals are once again sought-after brands.

Former Chief of the General Staff of the Israel Defense Forces (IDF) Lt. Gen. Benny Gantz is the Trajtenberg of the current election campaign. All polls show that if he joins one of the existing parties, he could defeat Netanyahu and bring about a change of government. Last week, Zionist Camp Chair Avi Gabbay showed the members of his faction an internal poll that predicted the party would win 29 seats if Gantz took the No. 2 slot on the list and was their candidate for defense minister. Yesh Atid leader Yair Lapid has similar polls. Both Gabbay and Lapid share the same weak point. They both come from civilian careers: Lapid as a television personality, and Gabbay from the world of finance. What they both lack is experience in defense.

That is why Gantz's decision to run at the head of a new party, named "Resilience for Israel,” is nothing short of a devastating blow to both Lapid and Gabbay. Not only will Gantz split the center-left camp. He will also leave them exposed and without any “security expert” at a sensitive time for national security. They will remain vulnerable because Gantz is the man of the hour. There is no other Gantz in the market. The former chief of staff is a refreshing figure, seen as someone who could give Netanyahu a real fight. He ranks high in the polls without him having said anything yet. Previous chiefs of staff like Gabi Ashkenazi and Shaul Mofaz are already secondhand goods. Even if they do join the Zionist Camp or Yesh Atid, they will not have the same “Gantz effect” among the public.

According to a report by the Hadashot news agency on the evening of Dec. 26, Gantz is already in intense talks with former Defense Minister Moshe Ya’alon, who quit the Likud, about the possibility of running together. Ya’alon, who is also a former chief of staff, is the head of a new independent party he founded on Dec. 25. The two men believe that if they join forces, they could appeal to voters on both the right and the left to defeat “Mr. Security” Netanyahu.

Tensions have recently resurfaced along Israel’s borders. Hezbollah has been digging tunnels along the Lebanese border to attack Israel. The United States is abandoning the campaign in Syria, leaving Israel all alone on that front. Terrorism has returned to the West Bank, while the next conflict with Hamas in Gaza is right around the corner. Meanwhile, Prime Minister and Defense Minister Netanyahu has been using these threats to benefit his own campaign to survive, as only he knows how to. With his in-depth understanding of the psychology of the average Israeli, he knows that existential fear in the face of a security threat trumps social struggles. All it takes is a quick look at his highly publicized visits to the northern front with top IDF commanders ever since he appointed himself minister of defense to see how much electoral potential lies in the images depicting him in full battle mode.

In the 2019 election, Israelis will vote on security issues first and foremost. Even Meretz Party Chair Tamar Zandberg realizes this. Lately, even she has been looking for a “security expert” to join her tiny left-wing party. It doesn’t take in-depth polling to know that wide swathes of the Jewish population avoid voting for the Meretz Party. They fear its reputation as an incubator for movements like B’Tselem, which fight against the occupation by portraying soldiers in the IDF as being responsible for war crimes in the West Bank and Gaza. It is also worth noting that quite a few highly regarded generals align with the left and identify with the Meretz Party, so Zandberg could surprise everyone.

The right camp wants generals too. On the evening of Dec. 26, Brig. Gen. Gal Hirsch announced that he would be entering politics and joining a right-wing national party focusing on social issues. Sources tell Al-Monitor that Hirsch is actually planning to run in the Likud primaries and has already held talks about it. The Likud believes he will be a strong card not only because of the aura surrounding him as a security hawk, but also because of the battle he is currently waging against the Israeli Police. He claims senior police officials stymied his appointment as police commissioner three years ago. As far as Netanyahu is concerned, having someone to fight the police in his name is the ace in the hole that he is looking for.

The Likud is not concerned that Hirsch was once suspected of bribing the Georgian minister of defense (the case is expected to be closed soon). Furthermore, it is quite possible that he will be promised a safe seat on the Likud list, just as Minister of Internal Security Gilad Erdan suggested. All this means is that Hirsch has a good chance of integrating into the Likud. So does current Minister of Housing Maj. Gen. Galant (res.). He is expected to leave his current party, Kulanu, to compete in the Likud primaries. As a source close to Netanyahu told Al-Monitor on condition of anonymity, “Netanyahu recognizes their potential and will do everything he can to ensure that they are part of the [Likud’s] Knesset list.”