Prime Minister Benjamin Netanyahu, fearing the very concept of regulating internet use, objects to proposed legislation that would limit and block visits to pornography sites on the internet. 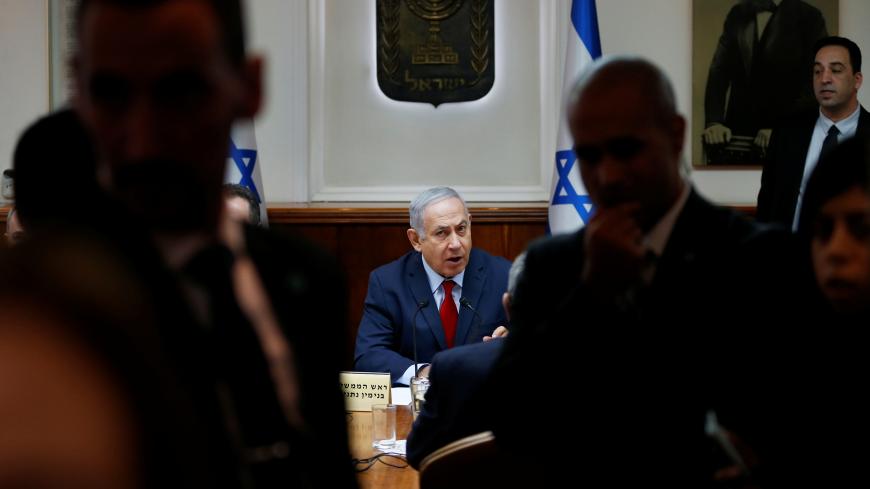 On Dec. 9, Prime Minister Benjamin Netanyahu threw a bucket of cold water on the anti-pornography bill being advanced by Knesset member Miki Zohar from his own party and Knesset member Shuli Mualem of HaBayit HaYehudi. “I am bothered by laws that want to censor social networks and the internet,” said Netanyahu at a meeting of Likud ministers. “We do not want children to be exposed to offensive content, but my concern is that the internet — a space where there is [currently] no government regulation — will become regulated. Who determines what content is permitted and what content is prohibited? Who will determine the interpretations?” Netanyahu asked.

It is worth noting that the proposed legislation does have a worthy purpose. It is intended to protect minors from harmful content appearing on the internet. The problem is that the proposed bill has more far-reaching implications. It infringes on personal privacy, and there are considerable technological difficulties involved in implementing it. These were not taken into consideration when the bill was first proposed and only became evident during the ensuing discussions and debates. As a result of this, politicians who originally supported the bill, such as Knesset member Meirav Ben-Ari of the Kulanu Party, withdrew their support. Ben-Ari told Al-Monitor that after rereading the bill and understanding its full implications, she decided to withdraw her name as a co-sponsor because, “Ultimately, I do not want to infringe on the rights of the individual, and this [bill] does so disproportionately. As mature adults, we want to prevent legislators from involving themselves in content as much as possible.”

This left just Zohar and Mualem, each of whom already made a big show of proposing legislation on the same issue in 2016. Now, however, they are lone wolves in this campaign. With the prime minister himself now putting the brakes on their bill, the chances of their anti-pornography legislation passing seem slim at best, even though the original proposal has been toned down significantly.

Netanyahu kept his promise on Dec. 10, when he met with Knesset member Zohar in an effort to delve deeper into the issue. Apparently, he was not convinced. At the end of the meeting, Zohar said that the prime minister asked to see a final draft of the bill so that he could study it further before making his final decision.

Attempts to pass legislation to block internet users from visiting porn sites are not new to Israel. As far back as 2004, Knesset member Yehiel Hazan of the Likud proposed a similar bill, which got nowhere. In the following years, other Knesset members, particularly from the religious parties, tried to push similar legislation but failed. This time, however, the bill proposed by Zohar and Mualem seemed to have a chance. These two prominent members of the coalition managed to win the support of many other Knesset members. Their initial proposal called for the complete blocking of pornographic websites by internet service providers. Users who wanted access to pornographic sites would then have to identify themselves with their ID cards. Once the enormous implications of this became clear in terms of invasion of privacy, the two Knesset members decided to temper their proposal.

On Dec. 10, a very toned-down version of the proposed legislation was brought before the Knesset’s Interior Committee, chaired by Knesset member Zohar. It immediately came under vocal opposition from Knesset members from all sides, who argued that it was disproportionate and impossible to implement. Unlike earlier iterations of the bill, this version said the blocking of websites would not be the default. Instead, users would have to approve it, with the partial or full filtering of harmful websites based on a password system. Mature users would have to type in a password, while minors in the same household would be protected.

How would it work? Internet providers would be required to ask users if they want a total or partial block on content, or if they want to avoid any blocking of content at all. Subscribers who fail to respond to the service provider’s communications would be asked twice more. If they still fail to respond, the provider will block contentious websites until the subscriber says otherwise. Providers would also be required to erase any information that they have about users’ viewing habits. This was decided in response to criticism from computer experts, who claimed that the law could be exploited in this way to create “blacklists.” Zohar explained that he wants to transfer responsibility to the users, so once every three months, internet subscribers who opt out of any blocking would be sent a warning with information about the dangers inherent in exposing children and teens to pornography.

Knesset member Haim Jelin of Yesh Atid, who attended the Interior Committee’s meeting this week, argued that one problem with the legislation was that it would encourage minors to develop the technical skills needed to circumvent the blocks.

In an interview with Kan and in an article he wrote, information security expert Ran Bar-Zik explained that the law is unnecessary and would be a waste of public funds. He says there is a consensus among all technical experts in Israel that it would be impossible to implement.

Bar-Zik apparently referred to the fact that Israel is known as the champion of illegal downloading of movies and series. Such illegal uploading causes the devices from which such transfers are made to be easily exposed to pornographic content. Anyone who has experienced this before knows this. Illegal downloads open the phones to pornographic content that does not even come from legal internet suppliers. Yet the new legislation is aimed only at legal suppliers who will not be able to block such content.

Given the overwhelming opposition to the bill, including opposition from Likud party activists, it is hard to imagine how it could pass three readings in the Knesset — all the more so now that the main impediment to its passing is the prime minister himself. His opposition extends beyond the technical obstacles too. It is based on his concern that it could open the door to regulation of the entire internet. As someone who lives online and has the most popular Twitter, Facebook and Instagram accounts of any politician in Israel, Netanyahu realizes that this bill — should it become law — could lead to future initiatives to impose oversight on the internet and ban certain other content.

Netanyahu says so explicitly: Who determines what content is permitted and what content is prohibited? Furthermore, as far as he is concerned, the regulation of content could eventually infringe on his ability to share favorable content with millions of users. This includes, for example, legislation that would allow users to ask internet providers to block content from specific politicians. Today, Netanyahu can share his messages with millions with just a single click. He did exactly that on Dec. 10, when he posted his support for his son Yair, who posted that same day that journalists and politicians from the left are “traitors.” While Netanyahu disavowed his son’s use of the word “traitors,” he also posted a clip to show how people on the left use that term to attack him.