The Constitutional Court’s decision to ban pornography featuring “unnatural sexual behavior” has confounded Turkey and provoked average people to speak out about sex. 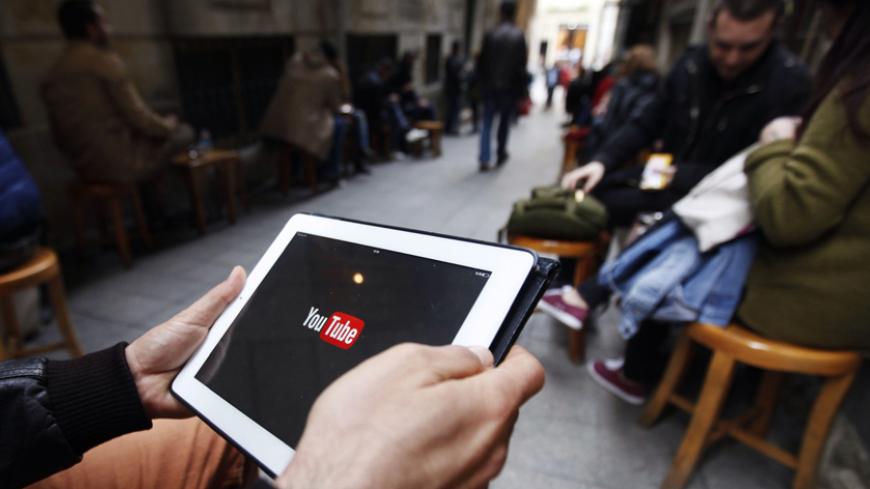 A man tries to connect to YouTube with his tablet at a cafe in Istanbul, March 27, 2014. - REUTERS/Osman Orsal

This was not the first time the courts had decided on jail time involving pornographic material. In June 2012, the Court of Appeals had decided that an increased penalty could be applied to a man caught selling pornographic CDs, because they contained “unnatural acts.” While the lower courts had sentenced the seller to a year in prison, the appeals court requested a longer sentence. Amid pundits' debates about the right to privacy, the decision was seen as a violation of Article 8 of the European Convention on Human Rights concerning the right to respect for private and family life.

In this latest episode, experts were particularly appalled that owning pornography and self-recorded acts of pornography are now punishable by jail time. Lawyers and judges also found themselves debating the frequency of same-sex intercourse and group sex among animals, given the label of "unnatural sexual behavior." Yet, if the "natural world" sets the standard for common sexual acts, one can find a diverse range of sexual activities.

An Internet law has been in effect in Turkey since May 2007 that allows for images that could be classified as obscene to be banned immediately. So far, 78,553 websites have been censored, with 94.2% of the measures enforced by the Department of Telecommunications.

The April 20 decision sparked an uproar in the Turkish media, leading the Constitutional Court to reiterate that its decision had not banned the performance of any sex act and only applied to the recording, viewing and sharing of certain material. The public’s main concern was not so much the porn, but the ambiguous term “unnatural sexual acts.” Not many can understand why the court would develop such a definition or why pedophilic, necrophilic and zoophilic pornography were excluded from the list. Pundits have outspokenly ridiculed the decision. For example, Hande Cayir wrote a searing column, “So how to perform the missionary position,” which she laced with salacious details.

Bianet, an independent news outlet, announced the news accompanied by an image of dozens of different sexual positions, and Turkish social media has produced amused reactions, including the following:

People are finding it difficult to comprehend what the Constitutional Court had hoped to achieve with its decision. When interviewed by Al-Monitor, Barbaros Sansal, a famous fashion designer and outspoken activist, asked amusingly, “What is natural sex? That the government pays for sex change operations?” Sansal also observed that Gulay Gokturk, a pro-AKP columnist, had penned a piece arguing that animated child pornography should be protected on the basis of freedom of expression. Gokturk argued that strict bans on sex-related matters tend only to exacerbate tendencies. She was charged with "promoting crime through publications" but acquitted.

Given all the evident contradictions in public morality in Turkey, it is difficult to know what the court is really trying to protect.