A number of Iraqi parliamentarians recently signed a draft bill to block pornographic sites in the country, an effort some call a narrow approach to a complex issue. 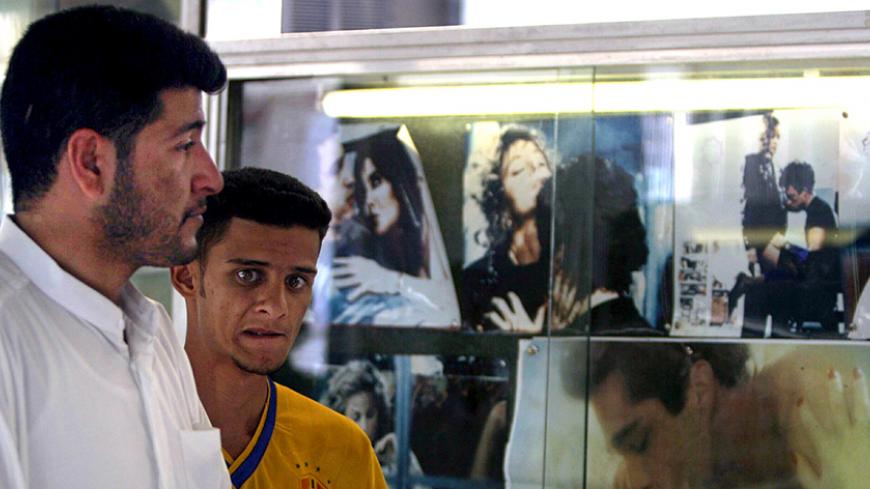 NAJAF, Iraq — Abdul-Hadi al-Hakim, an Iraqi parliament member with the Citizen Coalition, announced July 28 that more than 150 parliament members' signatures had been collected to pass a bill calling on the authorities to block pornographic sites on the Internet. Hakim said that most of the National Iraqi Alliance parliamentarians have signed the draft law, while most representatives of the Sunni National Forces Union and the Kurdistan Alliance refrained from signing.

The announcement of the bill stirred controversy in Iraq. Some Iraqis welcomed the proposal and created a Facebook page to support the bill, while others believe it is an attempt to impose religious laws on the country and a preliminary step to gradually bring religious rule to Iraq, especially considering the bill was submitted at the initiative of Islamist members of parliament and justified from religious perspectives.

A number of Internet cafe owners in Najaf and Baghdad told Al-Monitor over the phone that some of their customers visit pornographic sites, but this is not a widespread phenomenon. Samir, the owner of an Internet cafe in the Baghdad al-Jadida neighborhood, told Al-Monitor that if Iraq’s parliament wants to censor the Internet, it had better block websites inciting religious violence, hatred and sectarianism in Iraq.

According to Samir, it makes no sense to call for blocking pornographic sites while there are hundreds of websites that broadcast scenes of decapitation and torture by members of the Islamic State and similar gangs or sites that incite such acts or stir hatred among the Iraqi people.

The Iraqi government had made a previous attempt on June 14, 2014, to block social networking sites Viber and WhatsApp for security purposes following IS’ takeover of Mosul. However, popular methods such as the use of proxy servers foiled those attempts, which only lasted a few days.

Even if the new bill is passed by the parliament, it is not expected to succeed, as the Iraqi authorities are not equipped with the technical means to implement the restrictions.

Internet censorship has been widely discussed and legislated by most countries of the world as various crimes and illegal activities proliferate in cyberspace. The censoring and restricting of pornographic websites by laws passed to protect children and families have become commonplace. Yet at the same time, observing privacy and individual freedoms must not be overlooked when enacting these laws.

In this context, those advocating blocking pornographic sites should examine the experiences of other countries. For example, the United Kingdom requires Internet service providers to offer filters to block pornographic websites.

The protection of public morality cannot be achieved by legislating censorship. Those advocating blocking pornographic sites would be better served to address this issue in terms offering tools to protect children, not blanket legislation.