Israeli security and judicial systems both object to measures against Palestinian civilians, yet the Netanyahu government keeps advancing undemocratic legislation. 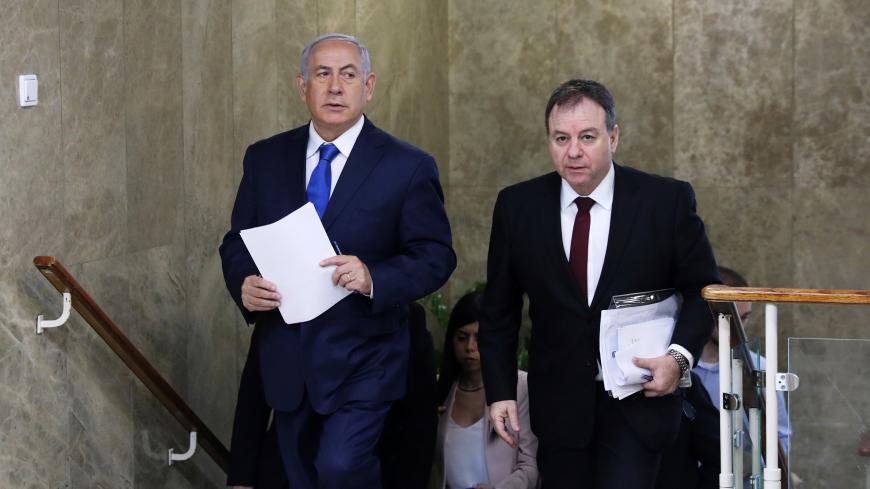 On Dec. 19, the Knesset passed a preliminary reading of a bill that would allow the expulsion of family members of Palestinian assailants from their homes to other locations in the West Bank. The process leading to this approval was not a trivial one; the bill moved forward despite objections from the attorney general’s office and the Shin Bet.

I asked a senior source in the security establishment whether any security figure at all had recommended to the prime minister that families of terrorists be moved from their villages to other villages in the West Bank as a form of punishment to deter future terrorism. Before I finished my question, he burst into uproarious laughter. “It’s an outlandish idea that no security official would recommend to the government and wouldn’t even think of doing so,” he answered, speaking on condition of anonymity. “Not only because it’s nearly impossible to enforce such a decision and make sure families indeed move and settle in a new place, but that these families — if they indeed move — would become symbols of heroism in any Palestinian town they move to. They would be much honored and receive special financial support. Such punishment would do the opposite of deterrence, it would cause unnecessary friction between the IDF [Israel Defense Forces] and the Palestinian population. If these families don’t leave their homes willingly and force is needed to remove them, it could cause an outbreak of violence. This is the last thing the IDF wants to see. But apparently this doesn’t really matter to government ministers.”

The most right-wing government in the history of Israel sees today in IDF commanders what it once saw in the Supreme Court (until Justice Minister Ayelet Shaked succeeded in replacing a significant part of its judges with conservative religious judges) and what it continues to see in Attorney General Avichai Mandelblit, even though he grew up in the Likud, was appointed by Prime Minister Benjamin Netanyahu as his government secretary and was supported by the prime minister in his current appointment). The Cabinet ministers see the commanders as “gatekeepers” who obstruct the work of the government and the implementation of its policies, and thus the ministers have no problem ignoring their advice.

The night of Dec. 16 was especially tense as the Cabinet convened to debate the bill that proposes moving families of terrorists from their villages, after which a special session of the ministerial committee for legislation was arranged in order to advance the bill should it pass the Cabinet. Mandelblit brought a company of senior officials with him to explain to the Cabinet ministers that the proposal would contravene Israeli as well as international law, and that if the Knesset passed the bill, the ministers and others in the ruling establishment would be vulnerable to prosecution in the International Criminal Court.

But the ministers held to their positions: They decided to ignore the advice from security and legal officials and supported the bill, and at the end of the meeting, several of them arrived, bleary-eyed, at the ministerial committee for legislation, to vote for this grave and problematic proposed law. The bill then went to the Knesset, where, as aforementioned, it was approved in a preliminary reading Dec. 19.

On the same day the ministerial committee acted on the legislation, it also approved a bill to "legalize" illegal outposts in the West Bank. The following provides some background on the matter: On May 25, 2003, the Sharon government signed onto the George W. Bush administration’s plan for an Israeli-Palestinian diplomatic arrangement. In the first stage of the plan Israel committed to dismantling “unauthorized” outposts that were established in the West Bank since March 2001, when Prime Minister Ariel Sharon's government was formed. In order to know exactly what was happening on the ground, Sharon appointed Talia Sasson, formerly a government prosecutor, to prepare a report on these outposts, which was presented in 2005.

The picture Sasson presented was a very grave depiction of a situation where the government deluded itself and allowed a clear violation of the law. More than 100 new settlements were established under false pretenses and without government decisions, but received government aid that ignored their legal status. The Sharon government committed to removing these outposts, but this never happened.

Today the proposed law deals with the illegality of these settlements by granting legality post factum, instead of removing them. Until their legality is settled — so the proposed law determines — these settlements would receive full municipal services from the government, and would be protected from eviction. The deputy attorney general, Raz Nizri, quickly arrived at the meeting. He warned the ministers that this would be an illegal law that entirely disregards the question of whether the settlement was built on government or (Palestinian) private land and whether the acquisition of the land was done legally or not — and that therefore the law should not be passed.

Opposite him stood Justice Minister Shaked of HaBayit HaYehudi — the party advancing the "Wild West" laws of recent years — who said the legislation is necessary “because of bureaucracy and legalization.” Tourism Minister Yariv Levin of the Likud followed suit, saying, “We must act with full force so that obstacles are removed.” Nizri, who found himself utterly alone, murmured something about the violation of property rights (of Palestinians on whose private land some of these outposts were built), and noted that the passage of the law “could lead to international ramifications, and to expose Israel to significant risks in this respect.” But no one was willing to listen to him.

Two days later, Agriculture Minister Uri Ariel, also of HaBayit HaYehudi, made, on his own accord, a decision to completely stop the export of fruits and vegetables from the West Bank to Israel. This decision has a direct impact on the Palestinian economy, because it means a loss for Palestinian farmers of about a million shekels ($265,000) a day, not to mention an immediate price increase for these products in Israel as a result of the shortage caused. Security elements quickly warned that this would add to the instability in the area and would hurt many Palestinian families, but the minister remained steadfast: He took the decision as a retaliatory action after the Palestinians stopped importing lamb from Israel.

Following the resignation last month of Defense Minister Avigdor Liberman, Netanyahu has to do with a narrow coalition of 61 Knesset members. The coalition depends on the votes of eight members of HaBayit HaYehudi, which has a clear agenda of preventing the division of the land. The competition between them and the members of the Likud over the right-wing electoral base has defined the current Netanyahu government from the beginning, but since Liberman and his Yisrael Beitenu party left the coalition, the power of HaBayit HaYehudi head Naftali Bennett and his party has grown. Outlandish laws that were rejected in the recent past by the current government are now being returned to the table to receive the support of those who only recently opposed them.

As long as this phenomenon continues — even if the Supreme Court determines that some of these laws are illegal — increasing damage will be done to Israel. Netanyahu himself understands the problem he finds himself in. He could still prove that he’s an Israeli patriot and advance the election to the soonest possible date. The necessary decision to shorten the term of his government is in his hands.