Iran's supreme leader has called on the country's lawmakers to amend a recent retirement law meant to create opportunities for new young workers in the public sector. 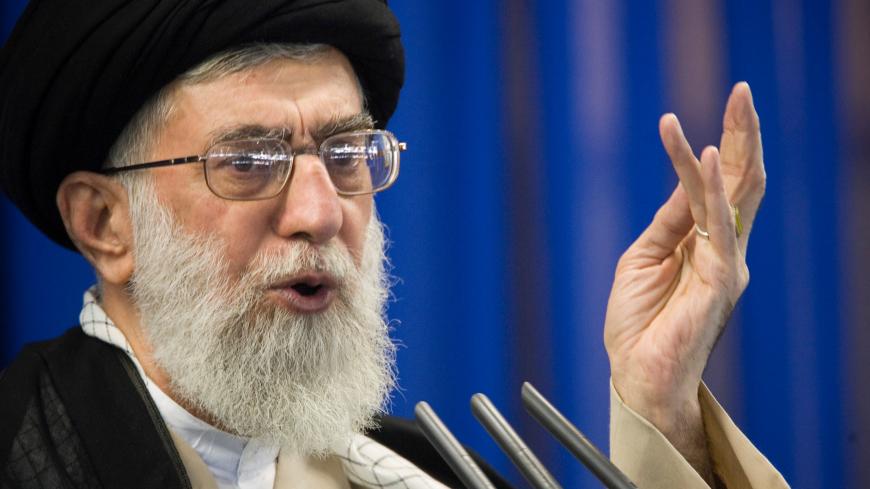 The Iranian government implemented a new retirement law in September intended to abolish a decades-long practice of re-employing public sector managers already past retirement age, making room for young Iranians in the sector.

From the outset, controversy surrounded the law and its implementation as it excluded the president, presidential deputies, the judiciary chief, lawmakers, members of the Guardian Council, top military commanders and those who could win a special exemption from the country's supreme leader.

"They approach me for a solution and in some cases … I accept the request if I know them or if I trust their superiors," said Supreme Leader Ayatollah Ali Khamenei during a speech addressing a clerical class in Tehran Dec. 4. While expressing praise for the law in principle, he found faults with rare cases in which he said a manager is equipped with valuable experience and expertise but has to retire under the law.

The supreme leader called on parliamentarians to review the law and craft an amendment that could lead to more inclusive exceptions. It took the parliament speaker, Ali Larijani, only a few hours to direct the parliament's research body to start drafting the amendment.

The supreme leader's remarks once again highlighted the issue of nepotism and personal connections in Iranian politics. "Yes, it is a great law, as long as it does not bother the leader. He is calling for this as a preventive measure, so that the law would not apply to his own circle," one social media post read.

When approved, the law brought hope to a country grappling with massive unemployment, particularly among its educated young generation. Yet many have been trying to circumvent it. "The parliament passed the law … but some managers are glued to their chairs and refuse to open up space for the youths," said Reformist lawmaker Mostafa Kavakebian.

Tehran's last mayor, Mohammad Ali Afshani — widely reviled by the country's hard-liners — was one among the first affected by the law. Only a few months into his appointment by the city's entirely Reformist council following weeks of intense negotiations, Afshani had to pack his bags. "Someone convince me, why did they force Tehran's mayor to go home but exempted several other managers from the same law? What kind of a law is that?" asked a critical Twitter user.

The argument continued as other Iranians posted about a case in which two senior managers at Iran's public broadcaster, which supervised by the supreme leader, retired but were later re-employed at a firm affiliated with the same organization. According to an official in the supreme leader's office, so far at least seven senior managers have been granted Khamenei's special exemption.

The supreme leader's remarks have also renewed debates about his powers and whether the long arm of the law could ever reach those he favors. According to one interpretation of the Iranian Constitution, he enjoys the power to issue so-called "leadership commands," or special edicts that could reverse any law approved by legislators.

Perhaps the most notable case occurred on Aug. 6, 2000, during Reformist President Mohammad Khatami's first term and at a time when the Iranian Parliament was also occupied by a significant majority of pro-reform lawmakers. The lawmakers were about to start debating a highly-anticipated amendment to Iran's press laws, a step that was expected to largely expand the country's media freedoms and lift restrictions on journalists. Exercising this power, however, Ayatollah Khamenei commanded the parliament to abort the measure.