Tehran set for yet another mayor amid Reformist infighting

Tehran is set to get yet another mayor amid ongoing infighting among the Reformists. The question is whether the next internal mayoral vote will put an end to the bickering. 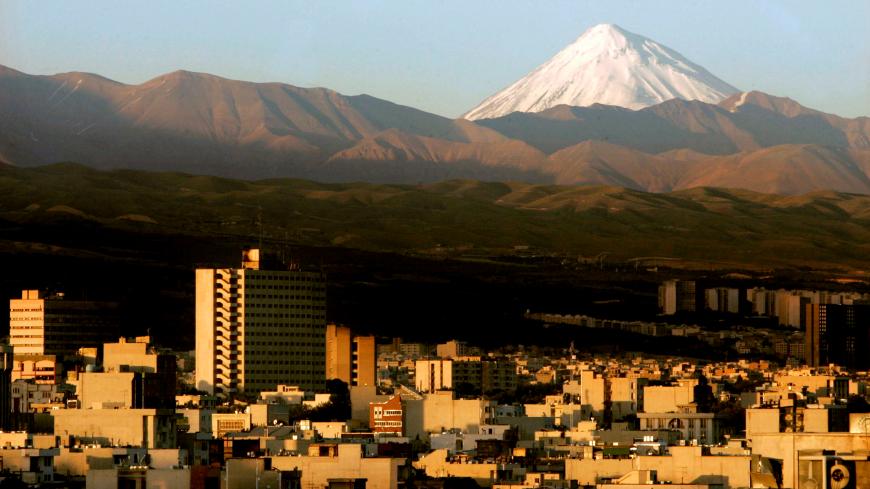 A general view of the Damavand summit northeast of Tehran, Iran, May 19, 2006. - REUTERS/Morteza Nikoubazl/File Photo

Members of the Tehran City Council will soon be choosing the Iranian capital’s third mayor in less than 18 months. This comes as political infighting between Reformist groups is on the rise, making the public lose hope in the competency of the camp.

Mohammad Ali Najafi, who became mayor after Reformists swept the city council elections in May 2017, resigned March 14 citing health concerns. Najafi was succeeded by Samiollah Hosseini Makarem, who became the caretaker for a month. Makarem was in turn replaced by Mohammad Ali Afshani in May. Now he is also packing his suitcase earlier than expected, though for different reasons.

Afshani, 59, is subject to a newly adopted law that bans the re-employment of retired public employees for governmental positions. The law took force in mid-September after being approved by the Guardian Council. The only exceptions to the re-hiring ban are the heads of the three branches of government (executive, legislative and judicial), first vice president, deputy speakers of parliament, members of the Guardian Council, ministers, legislators and vice presidents.

Afshani took early retirement three years ago, after 27 years of public service. In July 2015, however, he was again given a government position and appointed as governor of Fars province. Some council members, who like Afshani belong to the National Trust Party, have been lobbying parliament to exclude him from the banned list. However, they have not been successful, and it seems as if Afshani must step down from his post.

This has revitalized the continuous infighting in the incumbent 21-member council, whose members are all Reformist — the outcome of an unprecedented electoral victory last year, which was also accompanied by some challenges. Indeed, the absence of any rivals on the stage has been one such challenge, which has resulted in the drawing of lines within the Reformist camp.

Council Chairman Mohsen Hashemi is one example of this internal division. Hashemi, who has always been an option for the post of mayor, was unable to compete against Najafi and Afshani due to Reformist opposition and especially that of the Union of Islamic Iran People Party (UIIPP). In the council’s internal mayoral polls since the 2017 elections, Hashemi has withdrawn his own candidacy after council members and outside Reformists insisted that no one should leave a council seat — even for the mayorship — since this would open the door for a conservative to break the Reformist monopoly over all seats.

To better understand the political infighting, one must look at the parties within the council. Overall, the city council is composed of three main Reformist parties. However, on closer inspection, this 21-member group can be divided into five categories. This includes the UIIPP, Executives of Construction Party, National Trust Party, independents and lone representatives of smaller factions. The UIIPP, together with the independent members, generally make up the strongest group in the council. These are followed by the Executives of Construction Party, which is more affiliated with the moderates and, later, former President Akbar Hashemi Rafsanjani. Finally, there is the National Trust Party, led by opposition leader Mehdi Karroubi, which has the lowest membership in the council.

During the past 18 months, Tehran has had a mayor from the Executives of Construction Party, namely Najafi, and a mayor from the National Trust Party, Afshani. The UIIPP, while having the most members, has not been successful in securing the mayorship — perhaps due to its lack of experience and the influence of the Executives of Construction Party.

The Executives of Construction Party has in both internal mayoral polls over the past 18 months not been shy in expressing its interest in Mohsen Hashemi as mayor and has worked hard to make this happen. However, the UIIPP’s strong opposition has prevented Hashemi from achieving his long-time dream. This opposition has in the past led to the Executives of Construction Party stepping back from their candidate but at the same time gaining more power in the negotiations over who ought to be mayor.

Saeed Laylaz, deputy secretary-general of the Executives of Construction Party, told Al-Monitor, “We thought Hashemi was an ideal choice for mayor from the start. But some friends did not accept this, and the result was that we must wait for the election of a third mayor in less than two years.”

The ongoing instability resulting from infighting does not bring back good memories for those who support the Reformists. Similar internal bickering and discussions were also seen in the first city council, back in February 1999, a period when Reformists were also in the majority. Those disputes led to very low voter turnout in the 2003 elections and resulted in the Principlists finding their way to the council, who then chose Mahmoud Ahmadinejad, an unknown politician at the time, as Tehran’s mayor.

With the resignation of Afshani around the corner, Tehran’s residents are once again witnessing political fighting among the Reformists as they elect yet another mayor. But there may be change on the horizon. Despite the opposition he is facing, Hashemi may face a better chance of victory this time around. Indeed, the reason for this is that the UIIPP is being blamed more than any other party for the ongoing instability due to its opposition to Hashemi.