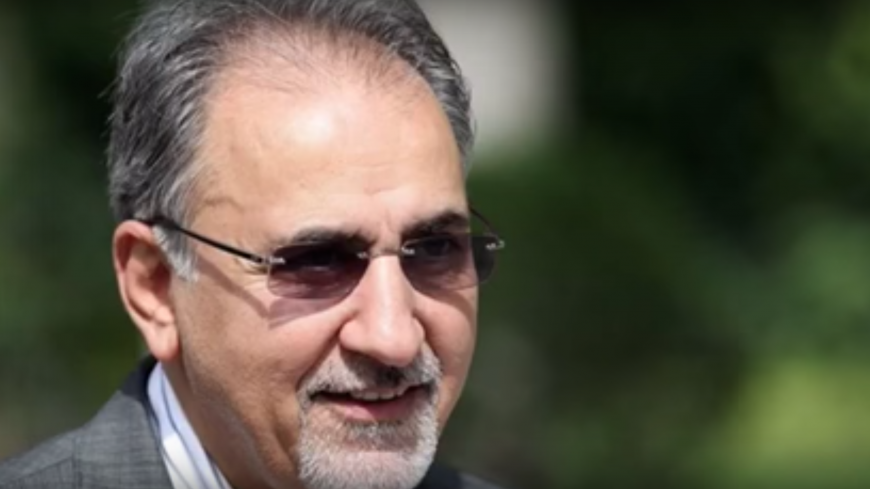 On March 14, Iranians woke up to a surprising piece of news: Tehran’s mayor, prominent Reformist Mohammad Ali Najafi, who was only chosen as mayor in August, had submitted his resignation to the city council.

Explaining the reason for what had occurred, Mohsen Hashemi Rafsanjani, the chairman of Tehran’s Reformist-dominated city council, said at a press conference on March 14 that Najafi’s resignation will be studied in the first session of the city council in the coming Iranian year (beginning March 21) and that he must remain as mayor until then.

Of note, the first session of the city council in the new Iranian year will be held on April 8.

The city council chairman then stated that Najafi said he is resigning due to health problems. Yet it seems as if city council members believe that the sudden resignation comes amid increasing pressure from hard-liners. The Tehran mayor has come under fire for having attended a recent Mother’s Day event in which young girls performed a dance, which staunch conservatives have decried as contrary to Islamic teachings.

Hashemi said at the press conference, “Mr. Najafi tolerated lots of pressures but had decided not to resign in the face of these pressures. [But now], a new medical problem has come to exist. His physician has emphasized that he must be away from a stressful atmosphere, and this is while the municipality is a stressful place.”

Hashemi, who is being considered as a potential replacement for Najafi, reacted to a question at the press conference about the possibility of running for the mayorship, saying sarcastically, “I will not agree to be mayor; the chairmanship [of the city council] is stressful, and the municipality is full of stress and I’m still young.”

Meanwhile, Najafi attended on March 15 a municipality-related ceremony in which he declined to answer journalists’ questions about the reasons for his resignation. Rather, he just recited a verse of famous Iranian poet Jalal ad-Din Muhammad Rumi, which hinted that he prefers others to speak about the matter.

While the conservatives have focused on Najafi’s possible health issues, the Reformists are arguing that the resignation is a result of pressure from hard-liners.

Of note, the conservative-controlled judiciary recently summoned Najafi for participating at the Mother’s Day event in which little girls were dancing.

Amid the resignation debacle, a number of Reformists are now urging Najafi to not surrender to the pressures and to continue his path in the Tehran municipality.

Nahid Khodakarami, a Reformist member of the city council, said March 15, “Najafi knows that combating complex corruption and the economic mafia in Tehran’s municipality is costly. He can now choose to stay and fight or retreat and leave the stronghold. This is dependent on his motivation and mentality."

Khodakarami then took a swipe at Najafi, stating, “Humans have different mentalities. Some [people] are [ready] to enter a war and fight while they know [the situation] is one-sided and cruel [just for] being committed to their promises. But some others lay down their weapon and [prefer] to escape to prevent a crisis.”

Ali Shakouri-Rad, a prominent Reformist activist, tweeted March 14, “Najafi is an efficient and successful mayor. He has had good interactions with the city council and has appointed deserved colleagues and carried out transparent and valuable work. His departure from the municipality is not in the interest of Tehran and the people of Tehran. Those who wish this and pursue it should know that their actions are against the people and the city of Tehran.”