It would be folly to expect that Iran would dismantle the backbone of its defense doctrine without bearing in mind its security concerns, including the need for a broader regional arrangement to ban weapons of mass destruction. 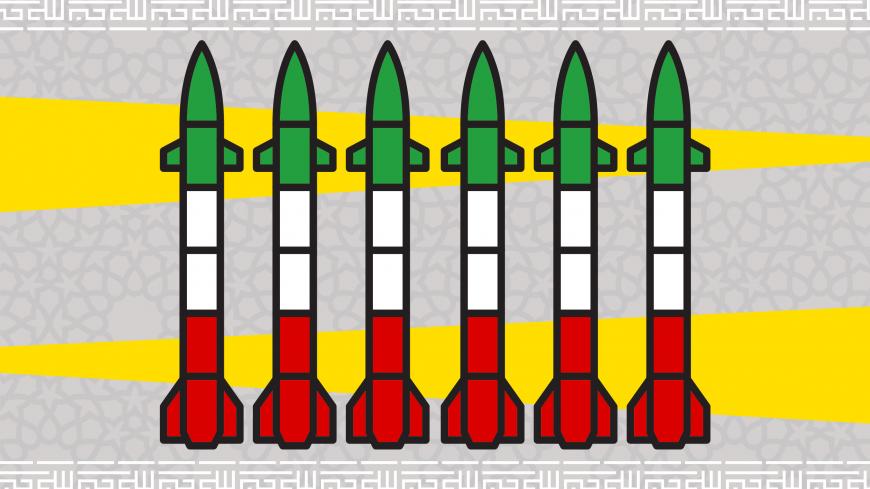 The UN Security Council convened Dec. 12 to address the implementation of the Joint Comprehensive Plan of Action (JCPOA). US Secretary of State Pompeo said that Iran’s pace of missile activities has not diminished since the JCPOA and that the United States seeks to reimpose ballistic missile restrictions that were outlined in UN Security Council Resolution 1929. European countries, however, distanced themselves from the United States by saying Iran had been in compliance with the Iran nuclear deal, while at the same time saying the missile tests were in noncomformity with UN Security Council Resolution 2231, which endorsed the nuclear deal. Meanwhile, China and Russia said Iran’s missile tests were not a violation of Resolution 2231.

Iranian officials, including Foreign Minister Mohammad Javad Zarif, have rejected that there have been any violations, reiterating that the UN resolution does not ban Tehran's missile activities.

One reason President Trump cited to justify his decision to withdraw the United States from the nuclear deal was Iran’s missile program. Pompeo also demanded that Iran dismantle its ballistic missile program. Iran has repeatedly rejected calls for dismantling its arsenal, insisting that its defensive capabilities are non-negotiable. Moreover, Iran’s Revolutionary Guards warned that if threatened, Tehran would increase the range of missiles to above 2,000 kilometers (1,240 miles).

One is the horrific memories of Iraq’s invasion of Iran in 1980; hundreds of thousands of Iranians died in an eight-year war bankrolled by Saudi Arabia and Kuwait and supported by major world powers, including France, the Soviet Union and the United States. The conflict left an indelible mark in the Iranian political psyche that the country must fight for its survival at all costs.

Second, Iraq’s systematic use of Scud missiles to bombard defenseless Iranian cities gave Iran the incentive to begin investing in its ballistic missile program. Over the period of eight years, the Iraqi army launched 533 ballistic missiles on Iranian cities, resulting in 2,300 deaths and injuries to 11,600 Iranians. By the end of war in 1988, Tehran had been attacked 118 times, resulting in 1,600 casualties. In a potential future conflict, Iran can use its inventory to deter and retaliate against an adversary.

Third, the traumatic experience of Saddam Hussein’s systematic use of chemical weapons against Iran, and the international community’s indifference to such violations, has convinced Iran that it cannot rely on international institutions to deter and punish such flagrant violations. A CIA declassified assessment reveals that Iraq began using chemical weapons early in 1983, only to escalate in 1984. Iraq's 11,000-page report to the UN Security Council listed 150 foreign companies — including from the United States, Germany, and France — that played a role in Saddam Hussein's weapons of mass destruction program.

Fourth, the current imbalance of conventional forces in the region play a critical role in Iran’s missile policies. While Iran has been under an arms embargo for decades, its regional rivals, especially Saudi Arabia, have de facto carte blanche to purchase any advanced weapon systems. With defense spending of $69.4 billion in 2017, the kingdom became the largest arms importer in the world. Meanwhile, Israel, with military spending of $19.6 billion, is equipped with the most-advanced military hardware. In comparison, Iran’s defense spending stood at $14.5 billion, a fraction of its neighbors'.

While Iran’s missile arsenal is the most diverse of its kind in the region, it has voluntarily limited the range of its missiles to 2,000 kilometers. However, Saudi Arabia’s Chinese made DF-3 and Df-21 missiles are reported to have an increased range of 2,800 kilometers (1,740 miles), with some claiming a range of up to 4,000 kilometers.

Fifth, Iran is surrounded by US military forces in the region and a number of nuclear-weapon states, such as Israel and Pakistan. Israel, which has the most hostile relations with Iran, has an inventory of 200 nuclear warheads that are deliverable by ballistic missiles, including Jericho II, with a range of 3,500 kilometers (2,175 miles), Jericho III (6,500 kilometers, or 4,000 miles) and air- and sea-launched warheads.

Last but certainly not the least, over the past four decades, the United States has used economic, cyber and political warfare to isolate and weaken Tehran, and has repeatedly called for regime change in the country. Moreover, the Trump administration has firm intentions to create a new political alliance with six Gulf Arab states, Egypt and Jordan aimed at confronting Iran.

The Nuclear Threat Initiative chaired by former US Energy Secretary Ernest Moniz found in a study that between 2005 and 2012, when the world powers imposed the most comprehensive sanctions on Iran, the country developed new, liquid-fuel ballistic missiles and tested at least 33 missiles, more than twice the number of missiles tested in the preceding 20 years. From 2012, when Iran-US high-level direct nuclear talks began, until the signing of the deal in July 2015, Iran conducted only one missile test. The study said that in the 2012-2017 period since the negotiations began, Iran decreased the overall number of tests and focused more on solid-fuel short-range missile capabilities rather than intercontinental ballistic missiles. However, the German newspaper Welt am Sonntag reports that Western intelligence services maintain that Tehran, after Trump’s departure from the nuclear deal, this year has doubled the number of last year's missile tests.

In such a hostile environment, an acceptable framework to alleviate mutual concerns should address the legitimate security concerns of all parties. Such a framework could include a multilateral arrangement for the establishment of a zone free of weapons of mass destruction in the Middle East and a regional conventional arms arrangement beneficial to all parties. Otherwise, under current circumstances, where the countries of the region are aggressively arming themselves, it is simply folly to expect that Iran will dismantle the backbone of its defense doctrine.