To address Iran’s ballistic missile program, the United States and Europe need to work toward a region-wide solution. 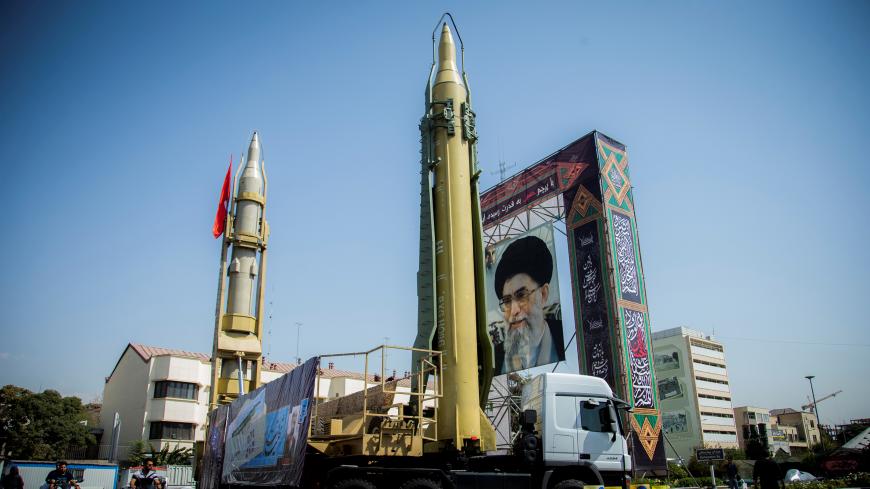 In remarks on Oct. 13 when decertifying Iranian compliance with the July 2015 nuclear deal, US President Donald Trump called on Congress to address the “near total silence on Iran’s missile program” and prevent it from “developing an intercontinental ballistic missile.” Congress has since floated bills that would not only impose further sanctions on Iran for its missiles, but would also condition America’s commitment to the nuclear deal on Iran’s missile policies.

While the European Union and the United States differ on the nuclear deal, they have taken a common position on Iran’s missile capability, with French President Emmanuel Macron saying on Nov. 9 that Iran's missile program should be restricted, either via negotiations or sanctions.

US and European assumptions about Iran's missiles often fail, however, to consider the political, legal, defensive and regional security contexts of the program. To hedge the nuclear deal’s fate on such a misguided understanding of Iran’s missile ambitions only serves to doom the deal and reinforce the rationale behind Iran’s missile program in the minds of decision-makers in Tehran.

In the political arena, Trump regularly lambasts the nuclear deal for not doing more to address Iran’s missile program and its regional activities. Indeed, the nuclear deal, by design, focused only on the crisis surrounding Iran’s nuclear program.

Ironically, during the tenure of former Iranian President Mahmoud Ahmadinejad, Iran had put regional issues on the negotiating table in its nuclear talks with the United States and the other world powers, but the Americans and Europeans at the time balked at the prospect of bringing regional issues into the discussion. Senior US and European nuclear negotiators have since told me that they believed going beyond the nuclear issue would have bogged down the negotiations process.

UN Security Council Resolution 2231, endorsing the nuclear deal, only “calls upon” Iran not to undertake missile tests that are “designed to be nuclear capable.” This is far less than the stringent language of a previous resolution it voided. The International Crisis Group notes that the language “calls upon” is nonbinding, and Greg Thielmann, an expert with the Arms Control Association, has stated that the language of Resolution 2231 “implies nuclear weapons intent must now be established in assessing the design of any missile launched by Iran, … [a] higher bar in light of Iran’s acceptance of stringent limits on its nuclear program.”

In the context of Iranian security, the aim and design of Iran’s missile program is to provide the country with a conventional deterrent, not to attain a nuclear-weapons delivery system. This need for deterrence stems from Iran’s threat perceptions — chiefly a US or Israeli attack — and its history of having been subjected to missile and chemical weapons attacks by Iraq during the Iran-Iraq War. Iran had been unable to retaliate against the latter, much less deter the attacks. Iran’s precarious borders with weak states ridden with conflict — Afghanistan, Pakistan and Iraq — and the terrorist threat it faces from groups such as the Islamic State (IS) further inform the logic behind Iran’s missile program. Indeed, this summer, Iran responded to IS attacks in Tehran by launching missiles at IS targets in Syria.

It is also a technical reality that Iran does not have and is not developing an intercontinental ballistic missile (ICBM) program, as Trump has claimed. Iran has limited the range of its ballistic missiles to 2,000 kilometers as a matter of policy, well below the minimum 5,500-kilometer threshold for an ICBM. Instead of focusing on range, Iran’s ballistic missile program has been concerned with improving accuracy, a quality not necessary in missiles designed for nuclear weapons. As nonproliferation expert Tytti Erasto has noted, “Iran’s pattern of missile testing — which has sought to address the long-standing problem of poor accuracy — is consistent with the program’s stated purpose as a regional deterrent.”

Another vital lens through which Iran’s missile program must be viewed is the regional security environment. By every military measure, Iran is outmatched by its regional rivals. For instance, Saudi Arabia not only has sophisticated US-made ballistic missiles, but also possesses advanced Chinese Dongfeng intermediate-range missiles with a range upwards of 4,000 kilometers. Israel maintains a hefty arsenal of nuclear-tipped missiles on top of its powerful conventional military capabilities. To Iran’s east, Pakistan has a nuclear arsenal potentially vulnerable to terrorist groups.

Also of importance, Iran’s military spending is dwarfed by that of its regional rivals. Simply stated, at a time when Crown Prince Mohammed bin Salman’s Saudi Arabia is telegraphing overt hostility toward Iran, and Israel is threatening military strikes, for Iran to have the minimum form of deterrence that its indigenous missile program provides is logical and far from destabilizing.

If Europe and the United States are sincerely concerned about Iran’s missile program, they should cooperate with other global and regional powers on a region-wide arms control initiative, for both conventional and unconventional weapons, that would foster a regional balance of power and promote regional peace and security. Endeavors to realize UN resolutions on weapons of mass destruction and nuclear weapons free zones in the Middle East, coupled with a regional conventional arms control arrangement, would be the most effective path to preventing further militarization and conflict in the area.

Otherwise, to discriminate against Iran for its military capabilities while US officials insist on policies of “regime change” and “all options on the table” signals to Iranian decision-makers that the United States seeks to weaken Iran’s means of deterrence to more easily attack it. This, in turn, compels Tehran to invest more in developing effective deterrents. This steers the United States and Iran into an escalatory cycle that could lead to disastrous conflict.