Intel: Why Bolton’s Africa comments must be freaking out Morocco 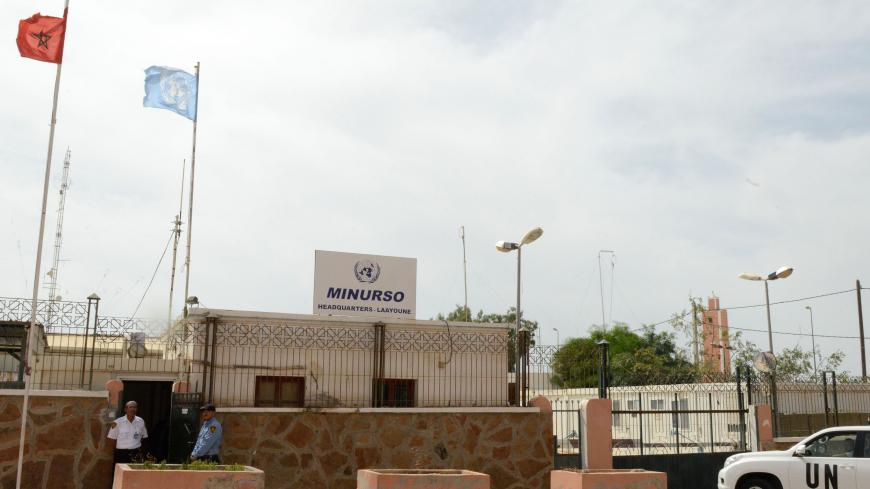 A UN vehicle arrives to the headquarters of the United Nations Mission for the Referendum in Western Sahara (MINURSO) on May 13, 2013, in Laayoune, the main city in the disputed territory. - GETTY/Fadel Senna

When US national security adviser John Bolton unveiled the Donald Trump administration’s new Africa strategy at the Heritage Foundation on Dec. 13, his comments about great power competition with Russia and China stirred much excitement. But remarks every bit as controversial on an obscure, half-century-old dispute between Morocco and Algeria over the status of Western Sahara slipped by unnoticed.

Bolton said the future of more than half a million Sahrawis who inhabit the phosphate-rich former Spanish colony sitting on the edge of the Sahara should be decided in a referendum. Bolton asserted, “All we want to do is hold a referendum for 70,000 voters. It’s 27 years later, the status of the territory [is] still unresolved … Is there not a way to resolve this?”

Why it matters: Coming on the heels of inconclusive UN-led peace talks in Geneva on Dec. 5-6, Bolton’s remarks could be interpreted as siding with Algeria against Morocco, a traditional US ally. And this, some analysts contend, should no come as a surprise.

“When Bolton was appointed earlier this year, there was open concern in Rabat, as he was already seen as a conservative figure close to the Polisario. His statement runs directly against stated Moroccan policy,” noted Marc Pierini, a senior fellow at Carnegie Europe and a former EU ambassador to Morocco.

Algeria firmly backs the Polisario Front, a Sahrawi rebel movement, and its demands for a plebiscite. The UN also endorses a referendum.

Morocco does not. In 1974, it annexed Western Sahara, prompting tens of thousands of locals to flee to Algeria. A cease-fire brokered in 1991 is still holding. Morocco has poured billions of dollars into Western Sahara to win over locals. But Rabat’s continued opposition to a referendum suggests it questions their loyalty. It advocates autonomy for them within Morocco instead.

An estimated 170,000 Sahrawi refugees live in squalid camps in the Algerian desert, often without electricity. Joblessness and the resultant disaffection among youths, who have known no other life, render them ripe for radicalization.

Will the real Washington stand up: As Pierini told Al-Monitor, the significance of Bolton’s comments rests in “whether it represents the official United States policy vis-a-vis Morocco or not.” In any case, “the statement in itself is likely to deteriorate the climate between Washington and Rabat.”

Constructive ambiguity: Responding to Al-Monitor’s request for clarification, a State Department spokesperson asserted in an email, “The United States strongly supports Personal Envoy of the UN Secretary-General Horst Kohler as he works to achieve a just, lasting and mutually acceptable solution that will provide for the self-determination of the people of Western Sahara.” But the official did not offer an opinion on the referendum per se. “For the NSC Advisor’s remarks we defer to the NSC,” the official said.

Colin Powell in 2003 aired support for a now-defunct UN plan crafted by his predecessor James Baker (who at the time was working for the UN) that foresaw a popular vote to determine the status of Western Sahara. Bolton previously served as Baker’s adviser, and his reputation as "pro-Algerian" has lingered ever since. In 2007, however, Morocco proposed its autonomy plan, which the United States has since called “serious, realistic and credible.”

Yet, as Claire Spencer, an academic specializing in North African affairs observed in an April 2018 note for Chatham House, “The US under the presidency of Donald Trump has proved more transactional and self-interested than before, and makes no bones about Algeria’s role being as valuable to the administration’s counterterrorism strategy as Morocco’s role in supporting ‘G5’ military cooperation among North Africa’s Sahel neighbors.”

More penny-pinching: Bolton’s outburst on the referendum was part of a broader diatribe on the financial burden and inefficiency of UN peacekeeping missions the world over. “I pick Western Sahara,” Bolton noted, “as my favorite example.” Bolton was referring to the UN’s monitoring mission in Western Sahara, known as MINURSO.

What's next? The United States is the biggest contributor to the force. In an ominous sign, its renewed mandate was reduced in April from a year to six months. And, as Bolton acknowledged as assistant secretary for international organization affairs at the State Department in 1991, he “participated in the writing for the mandate of MINURSO.” Judging by his performance at Heritage, it sounds like he is ready to oversee its demise.

Know more: Read Al-Monitor’s award-winning lobbying series for the lowdown on the longtime lobbying war between Morocco, Algeria and the Sahrawis for influence over US policy on Western Sahara. And check out our coverage from inside the camps.