House Democrats prepare to take on Trump over Iran sanctions

Democrats and advocacy groups are preparing to confront the Donald Trump administration about obstacles to humanitarian exemptions in the Iran sanctions regime. 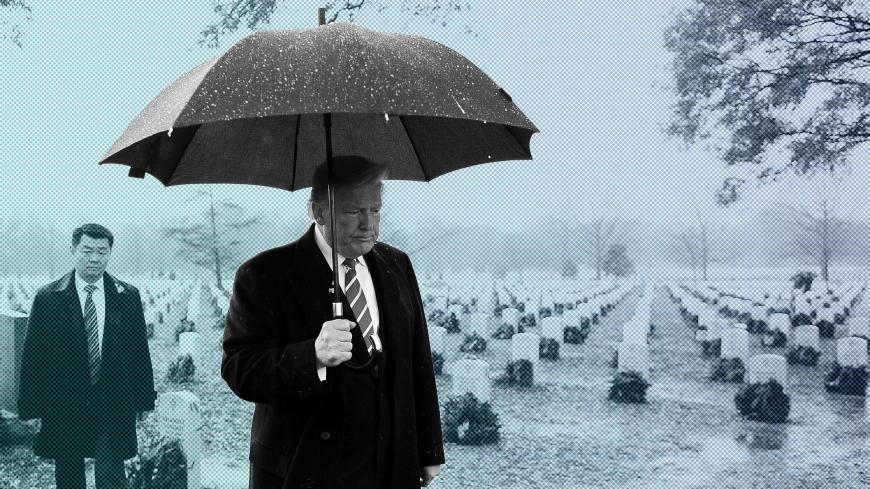 Democrats are signaling that they are ready to pick a fight with President Donald Trump over Iran sanctions when they assume control of the House of Representatives next month. It appears their opening salvo is already in the works.

“Credible reporting indicates that sanctions are indeed inhibiting the flow of humanitarian goods to the Iranian people, and this understanding is reflected broadly amongst the international community,” Huffman asserts in the letter, addressed to Secretary of State Mike Pompeo. “In recent weeks, shortages have been reported for anticoagulants and medicine to treat ailments including multiple sclerosis and cancer.”

The letter asks Pompeo to respond to a series of questions on the humanitarian exemptions in the sanctions by Dec. 31. Huffman threatened otherwise to “work with the chairs of relevant committees to ensure hearings on this topic.”

Democrats will have greater oversight of the Trump administration when they take control of the House in January. The overwhelming majority of congressional Democrats opposed Trump’s decision to pull out of the Iran nuclear deal and reinstate sanctions earlier this year.

An aide in Huffman’s office told Al-Monitor that the California Democrat would be sending the letter to Pompeo “in the coming days.”

Huffman’s appeal to his colleagues states that his effort is backed by several liberal groups that support the nuclear deal, including the National Iranian American Council (NIAC), J Street and Win Without War. All three organizations joined 37other advocacy groups in a statement earlier this week calling on lawmakers to “prioritize rejoining the Iran nuclear deal.”

In addition to calling on Congress to oppose any sanctions inhibiting the agreement, the statement also asks lawmakers to rally against sanctions that “block necessary humanitarian and medical supplies from reaching the country.”

“We are deeply concerned that the administration intends to impose collective punishment on ordinary Iranians in defiance of international obligations and US law,” NIAC President Jamal Abdi told Al-Monitor. “They have already shut down viable pathways for humanitarian trade, and we are already hearing horror stories from Iranian Americans about family members unable to access medicine. Congress must hold the administration accountable and send a message to the international community that it will not allow Trump to target humanitarian trade.”

The Trump administration frequently points to existing sanctions exemptions for food and medicine, but Iran has struggled with imports because many Iranian banks are sanctioned by Washington.

Iran had also struggled to import adequate amounts of medicine under the Barack Obama-era sanctions regime, but the current administration’s sanctions have gone further since Trump's withdrawal from the nuclear deal. Under the Obama administration, Iran’s Parsian Bank had facilitated many of the humanitarian transactions. The Trump administration, however, sanctioned the bank in October.

Huffman’s letter cites a report in The Guardian indicating that Britain, France and Germany have been pushing the Trump administration for clearer guidance on how to facilitate humanitarian transactions with Iran without running afoul of US sanctions. The letter presses the State Department for clarity as to whether it has acted on this request. It also asks whether the Treasury Department needs to issue a broader license exemption for humanitarian trade with Iran.

The Trump administration, meanwhile, continues to place the blame squarely on Iran for its restricted access to food and medicine.

When pressed in a November interview about the Iranian people’s ability to take advantage of the humanitarian exemptions, Pompeo responded, “The leadership has to make a decision that they want their people to eat. They have to make a decision that they want to use their wealth to import medicine and not use their wealth to fund [Commander] Qasem Soleimani’s travels around the Middle East.”