Egypt's efforts to bring Syria back into the Arab League while the country remains unstable are raising concerns in the EU. 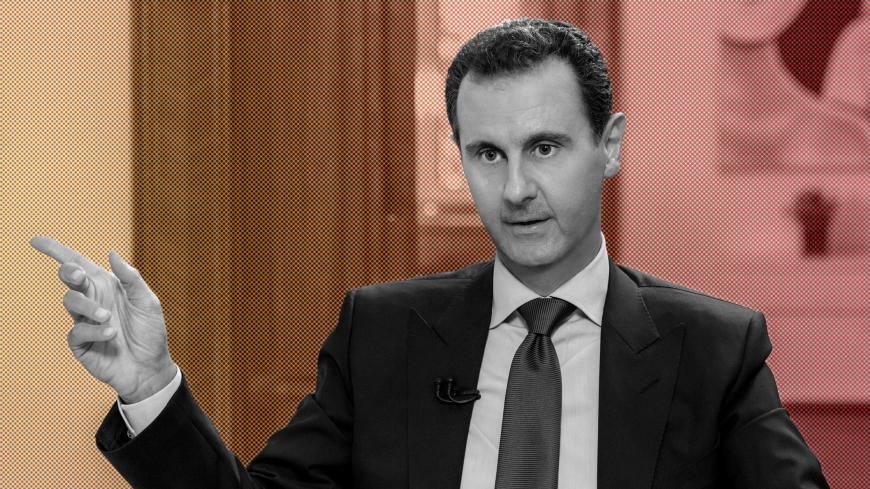 CAIRO — Despite a warning from the EU that Egypt shouldn't help Syria get readmitted to the Arab League, the top security chiefs from both countries met for rare talks two days later in Cairo.

This recent meeting came just two days after the EU urged Egypt not to play any role that would bring Syria back to the Arab League. The warning came in the EU's position statement for the EU-Egypt Association Council in Brussels.

“In consideration of Cairo's active role within the [Arab League], the EU seizes the opportunity to reiterate that now is neither the time to normalize relations with Syria, nor to reintegrate Syria into international bodies," the statement read.

A well-informed source at the Egyptian Foreign Ministry told Al-Monitor in an interview that the statement was “perplexing.”

The source, who preferred anonymity given the sensitivity of this issue and its Arab and international ramifications, said Egypt's vision of Syria's reintegration into the league is mainly based on Syria's return to the Arab ranks. “This would only be achieved when a political solution is reached to the Syrian crisis, the [armed] conflict is ended and the will of the Syrian people is achieved. Syria is an Arab state and a major part of the Arab system.”

This is the same vision announced by Egyptian Foreign Minister Sameh Shoukry in an October TV interview with RT (Russia Today) Arabic. Shoukry said Cairo “hopes Syria will return to the Arab League when a peaceful political course that meets the aspirations of the Syrians is reached.”

Syria's membership has been frozen since 2011 for its continued brutality against citizens demonstrating peacefully in favor of democracy. At that time, Yemen and Lebanon voted against suspending Syria, and Iraq abstained, but 18 countries voted in favor of the decision. The judgment also precluded Syrian delegations from participating in meetings of any Arab League organizations or bodies until Damascus ends the violence and protects civilians.

Saad al-Gammal, deputy speaker of the Arab Parliament and head of the Egyptian parliament's Arab Affairs Committee, told Al-Monitor, “Egypt is very keen on bringing Syria back to the Arab League and will spare no effort to achieve this." He also said Egypt is working to reach a peaceful solution to the Syrian conflict.

Gammal, who chaired the Arab Parliament Executive Committee meeting Dec. 14, said, “Syria's return to the Arab League is only a matter of time. It's obvious that it should fill its seat again.”

Egypt isn't alone in demonstrating its support. Sudanese President Omar al-Bashir touched down in Syria Dec. 16, in the first visit there by an Arab leader since the Syrian crisis began. Bashir's assistant, Faisal Hassan Ibrahim, said in Dec. 18 press statements that the visit was part of the president's initiative to unite the Arab ranks.

Also, the United Arab Emirates — which once supported the regime's opponents — reopened its embassy in Damascus Dec. 27.

Cairo has tried to play a role in calming the situation in Syria. More than once it has hosted delegations from the Syrian opposition. On July 30, Egypt persuaded some opposition factions in northern and eastern Syria to sign a truce agreement with Syrian President Bashar al-Assad’s regime, which at that time seemed to pave the way for a comprehensive political settlement.

In an interview with Al-Monitor, Tarek Fahmy, a political science professor at American University in Cairo, said, “There are data indicating that the Syrian regime is greatly recovering. A number of Arab countries are opening up to Damascus, including Sudan, Jordan and even Iraq. Add to this Egypt’s continuous emphasis on the need for stability and the territorial integrity of Syria.”

He argued, however, that other countries such as Iran could try to impede Syria's return to the Arab League. “Tehran has been assuming a prominent role in Syria since the crisis broke out," he said. "Damascus’ comeback to the Arab arena or the Arab League could require from Syria a greater rapprochement with [Iran foe] Saudi Arabia. Syria could also be forced to adopt the Arab agenda, rejecting any role assumed by Iran in some Arab countries.”

Commenting on Egypt’s efforts to reintegrate Syria into the Arab ranks, Fahmy said, “Egypt is entitled to do so based on its keenness and constant emphasis on the unity of the Syrian territories and the need to end the crisis peacefully. Syria's return to the Arab League is a gain for Arab relations and has significant symbolic implications.”

Fahmy expressed reservation about the EU warning Egypt not to assume any implicit role in bringing Syria back to the league. “This is unacceptable interference in Egyptian affairs,” he said. “Cairo has full freedom to manage its foreign policy [without interference from] any foreign pressure by any country.”