Female-only ride-hailing app to compete with Uber, Careem in Cairo 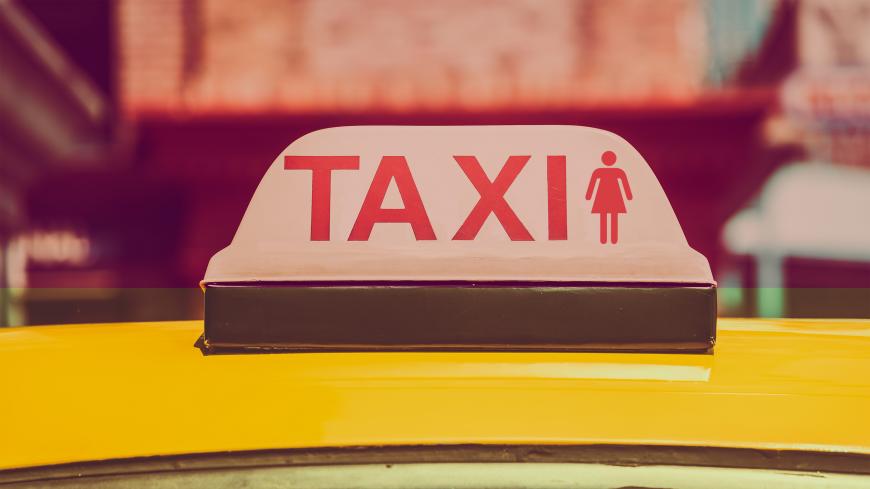 Fyonka, a new ride-hailing operation, wants to put more women behind the wheel in Cairo. Image by Hugo Goodridge/Al-Monitor -

The streets of Cairo should soon have a new ride-hailing service to rival Uber and Careem, but with a few twists. The new entrant is based locally, will serve only women and hire female drivers only. Fyonka (Ribbon) is scheduled to officially launch Dec. 28.

Since the company's soft launch of its app on Nov. 15, it has logged more than 400 rides. “We aim at providing a safe means of transportation for girls and women whether they are clients or drivers,” Fyonka co-founder Abdullah Hussein told Al-Monitor.

Through market research, the Fyonka team found that there are 400,000 drivers working for the US-based Uber and Dubai-based Careem, which began operating in Egypt in 2014. Among them only 10,000 are women.

“There is an issue of the lack of opportunity for women in this profession,” Hussein said. He hopes that Fyonka will reduce the gender gap among ride-hailing drivers overall by attracting more women to the industry.

Hussein said the dearth of female drivers in part stems from women's parents or husbands objecting to them riding with male customers. Some women are apprehensive about having to drive passengers to destinations where they might not feel safe.

Fyonka is not only about providing a safe environment for clients and drivers, but also empowering women in other ways. To this end, the company will allocate a share of its profits to help promote small businesses run by women as well as to fight illiteracy among women in rural villages.

Hussein explained that Fyonka has formed relationships with the New Woman Foundation, a non-governmental organization that focuses on women's rights and other issues, and the National Council for Women. Through these partnerships, Fyonka organizes workshops for women making handcrafts, such as educating them on how to market their products from their homes, and it sponsors classes in rural areas to help those who can’t read and write overcome their illiteracy.

There are currently 150 drivers, or partners, signed up to work for Fyonka. That two men — Moustafa el-Kholy along with Hussein — have established a female-only ride-hailing operation has raised eyebrows, but the co-founders are ready with an answer when asked about this.

“We know that European women have pursued their rights and have the same job opportunities as men do,” Hussein said. “There is a big gap between women from European countries and Egyptian and [other] Arab women. Thus, we thought about helping through this app, which will provide a safe environment for women and fill the gap between male and female drivers with Uber and Careem.”

Manar, a Fyonka driver who preferred not to provide her last name, was unemployed before joining the service. “I read an ad on their Facebook page asking for female drivers to join them,” she told Al-Monitor. “I liked their idea.”

Manar further remarked, “My husband was working as a driver with Uber. His car has been damaged from driving in unpaved and narrow alleyways in poor areas of the city. Fyonka will offer service only on paved and main routes in order to protect our cars.” She added that such routes are also safer for clients and drivers than secluded backstreets and alleyways.

Manar added that she had some friends working as drivers for Uber, and she has encouraged them to join Fyonka. “They are now being trained by the team,” she said.

Reactions have been mixed about the female-only service. “What will they do better than Uber and Careem?” asked Sara Mohamed, who uses the two ride-hailing apps daily for getting to and from work.

“I use Uber, Careem and local taxis, and I rarely have a problem with them,” Mohamed told Al-Monitor. “Most of their drivers are helpful, as if they were family members. If I have a problem, I easily contact the company, which responds quickly and resolves my issue.”

Seham Taha, a daily Careem user, told Al-Monitor, “We are a family of a husband and two children. When we want to go somewhere together, how can we use this new service that blocks males from riding,” she asked. “It will serve only a few people, not the entire community.”

Reham Mahmoud, who has never tried Uber or Careem for personal safety reasons, is eagerly awaiting Fyonka's launch. “It is great to ride with a woman,” she told Al-Monitor. “There is no expected harassment. I hope they will expand to all of Egypt soon.”

Ghada Fishawy's position is similar to Mahmoud's. “It is suitable for all women,” Fishawy told Al-Monitor. “I am taking this step to help women who are taking advantage of job opportunities as well as providing a safe environment for clients.”