Turkey irate over US obstructions in Syria

Ankara's frustration with the United States continues to grow as Washington takes yet another step that Turkish officials believe was designed to hamper them from unleashing the Turkish military against the Kurdish People's Protection Units in Syria along Turkey's border. 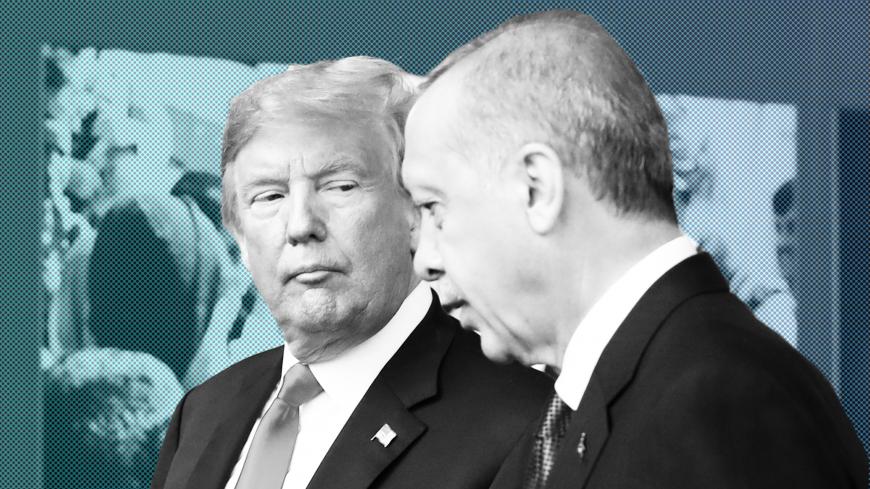 Turkish anger at the United States over developments in Syria is on the rise again.

Officials in Ankara are convinced that Washington is stonewalling their efforts to curb and defeat the Syrian Kurdish People's Protection Units (YPG) and its political wing, the Democratic Union Party (PYD). The prevailing belief is that Washington wants to establish some kind of autonomous Kurdish region in northern Syria, similar to one in Iraq, where it hopes to maintain a military foothold for the foreseeable future with a view toward pursuing its agenda in the Middle East.

At a time when Turkey is combating separatist terrorism by the Kurdistan Workers Party (PKK) at home, the thought that the area along its long border with Syria could be administered by YPG/PYD elements is a nightmare scenario for Ankara.

Turkey views the YPG and PYD, offshoots of the PKK, as terrorist groups. Although Washington has designated the PKK a terrorist organization and acknowledges YPG/PYD links to the PKK, it refuses to outlaw the YPG and PYD, considering them “valuable partners against the Islamic State [IS].”

Meanwhile, Turkey has vowed to prevent a “terror corridor” from being established in northern Syria. President Recep Tayyip Erdogan continues to threaten military action against the YPG east of the Euphrates River, where US forces are deployed with fighters from the Kurdish group.

Turkey's release of the American Pastor Andrew Brunson in October has clearly not been sufficient to improve the atmosphere surrounding US-Turkish relations to the extent that the two sides can arrive at a mutually acceptable resolution to this problem. In fact, every step Washington takes in the region these days is perceived by Ankara as evidence of a US agenda that contradicts Turkey’s security interests.

It remains unclear whether Erdogan is prepared to carry out his threats to mount a new operation in Syria against the YPG or if he is merely issuing warnings he hopes will be picked up in Washington. Recent moves by the United States in Syria suggest, however, that Washington is not going to second guess him and thus feels impelled to take action itself.

The announcement by Secretary of Defense Jim Mattis that the United States will be setting up observation posts along Turkey’s border with Syria is the latest development to exacerbate tensions between Ankara and Washington. Ankara has not been convinced by Mattis’ efforts to present the posts as being to Turkey’s advantage.

Explaining the reasoning behind the posts, Mattis told reporters in Washington on Nov. 21 that they were necessary “because we want to be the people who call the Turks and warn them if we see something coming out of an area that we’re operating in.” Mattis added that the ultimate goal was to get all the sides in Syria to concentrate on the primary task of defeating IS.

That is not, however, how officials in Ankara see the matter. From their perspective, it is just another move by the United States to protect the YPG against possible Turkish military operations.

Erdogan reflected the general sense of anger at Mattis’ announcement and questioned Washington's sincerity in the fight against IS. Addressing the Justice and Development Party's parliamentary group on Nov. 27, he stressed that IS is no longer in Syria, only small, dispersed bands of fighters using the group's name to wreak havoc.

“It is clear that those who are arming and equipping tens of thousands of men are not concerned with combating terrorism, because they are the ones that sleep and rise with, that eat and drink with terrorists,” Erdogan said, referring to the United States and the YPG without naming them. “It is not possible for us to turn a blind eye to all of this.”

Foreign Minister Mevlut Cavusoglu was equally blunt about the observation posts. “If this decision was taken to protect the YPG, this will provide no benefit to the YPG or the U.S.,” Cavusoglu told CNN Turk on Nov. 23. “We will do what is necessary.”

Cavusoglu stressed that Ankara does not want to see Turkish and US forces facing-off, but shifted the responsibility to Washington should it happen. “The U.S. should not risk confronting us for the sake of a terrorist organization,” he said.

Sentiments expressed by nationalist deputy Ozcan Yeniceri reflected the total lack of credibility Washington has among Turkish politicians. He claimed that the United States has been undermining every step Turkey has taken in Syria to provide for its own security.

In a column for the daily Yeni Cag, Yeniceri wrote, “It is setting up over 20 bases in the region; it is establishing border security forces comprised of PYD/PKK members, and it is saying that all of this is ‘temporary and tactical,’ merely for the sake of fighting IS. Who would believe that?”

Ankara appears determined to take a zero-sum approach to the YPG issue and is giving no indication that it is amenable to a negotiated settlement, especially one that legitimizes the YPG in any way. This, however, has prompted Washington to take a series of measures that has only fueled Ankara’s suspicions.

Turkish and US forces in northern Syria recently began joint patrols outside of the city of Manbij, which Ankara also wants to be free of YPG fighters. This was promptly followed by an announcement from Washington that joint US-YPG patrols had started along Syria’s border with Turkey, causing untold irritation on the Turkish side. Ankara rejects any attempt by Washington to establish equivalence between Turkey and the YPG.

The US-YPG patrols also followed cross-border shelling by the Turkish military of YPG targets east of the Euphrates in October. Washington expressed its opposition to that shelling.

Retired Brig. Gen. Naim Baburoglu believes that preventing a Turkish military operation east of the Euphrates has become a priority for the United States. This, he argued in an article for the Gercek Gundem news portal, is what lies behind the observation posts along the Turkish border.

“This move, which is said to be intended to protect Turkey, is in fact designed to protect the YPG/PKK from any operation that Turkey mounts,” Baburoglu wrote. “The joint U.S-YPG/PKK patrols are also part of this protective shield.”

Cavusoglu argued during his interview with CNN Turk that the shelling by the Turkish military had shown what Turkey is capable of in the field. This, he said, “had discomforted the US.”

Erdogan was hoping to make some headway in resolving this issue during a Nov. 11 meeting in Paris with President Donald Trump, which took place in a relatively improved atmosphere due to Brunson's release. Instead, he returned home empty-handed and to then face Washington’s decision to set up the observation posts.

Trump and Erdogan are due to meet again on the sidelines of the G-20 summit being held in Argentina Nov. 30-Dec. 1, but few expect a breakthrough on Syria from those talks.

Turkey has also been complaining that the United States has not kept its word regarding Manbij. Ankara says it was agreed in June that joint Turkish-US patrols would begin in Manbij city within 90 days, during which time all YPG elements would be evacuated from the city.

Accusing Washington of “stalling,” Cavusoglu told CNN Turk that the stipulations in the “road map” for Manbij had to be completed by the end of this year. With only five weeks to go before the year ends, this is unlikely to happen given the different interpretations of the road map, whose details have not been officially released.

US military officials have said, for instance, that the joint Turkish-US patrols would not take place in Manbij, but on its outskirts. This is not Ankara’s understanding of what was agreed.

Erdogan has on numerous occasions expressed the position that “the U.S. has to choose between an ally of long standing and a terrorist organization.” Developments in Syria suggest that Washington may have already done this, although it has not officially notified Turkey.