Turkey has incarcerated so many people on terror and drug-related charges that its prisoner population far exceeds its capacity and overcrowding has become a thorny issue. 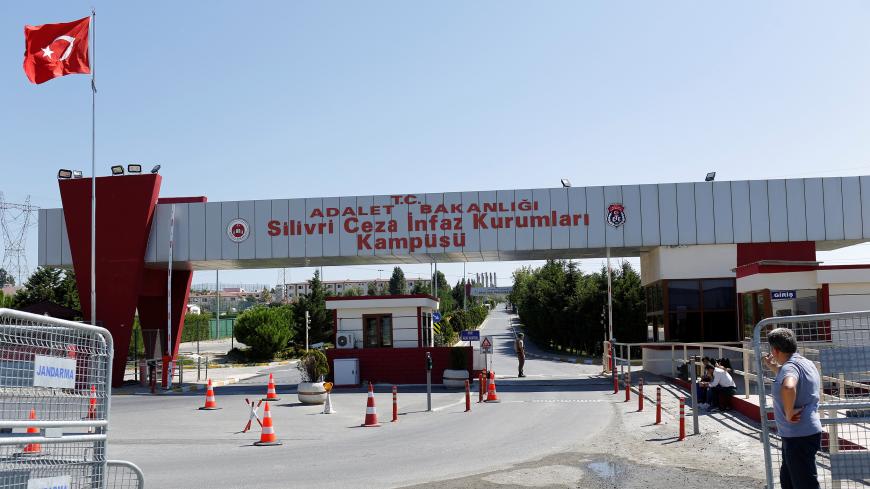 Turkey's prisons are overflowing, and not just with the usual suspects. Thousands of minors, including hundreds under the age of three, are spending their childhood behind bars.

Saban Yilmaz, Turkey's director general of prisons and houses of detention, shared some striking information Nov. 14 on the state of the prison system during a recent meeting of the parliament’s human rights commission. He was responding to widespread allegations of overcrowding and miserable conditions because of mass detentions and a sharp increase in prison populations after the 2016 coup attempt.

In his address, Yilmaz said that as of that day, there were 385 prisons in Turkey, 78 of them with minimum security. Yilmaz said the prisons today have a total capacity of 220,000, while the number of prisoners is 260,000, despite the government building 79 prisons in the past five years to house a total of 66,000 detainees. The Ministry of Justice is planning to build 228 more prisons and create a capacity for an additional 140,000 inmates in the next five years.

Yilmaz said the prisons hold 743 mothers and about 3,000 children below 15, including 343 aged three and under.

The largest number of criminals, about 50,000, are charged with narcotics consumption, possession or sale. The next-biggest segment comprises 44,986 people charged with terror-related crimes — about 17%. That means of every six prisoners, one is charged with a terror crime, far above global averages. For example, in the United Kingdom, as of December 2017, only 412 out of 84,746 inmates were imprisoned for terrorism crimes. As of February 2018, in the entire United States, around 400 inmates, 0.0003 % of prisoners in US federal and state prisons, were convicted of terror-related crimes.

An academic studying the Turkish prison system who spoke to Al-Monitor on condition of anonymity said that of almost 45,000 people imprisoned for terror-related crimes, about 33,000 (73%) are affiliated with the movement of Fethullah Gulen, 10,000 (23%) with the Kurdistan Workers Party (PKK), 1,200 (2.8%) with Islamic State-linked jihadists and 800 (1.2%) radical leftists.

Turkish officials find it difficult to explain the high number of those convicted of terror crimes in Turkish prisons to European and US audiences. Ankara has considerable problems justifying the high percentage of prisoners charged with terror-related crimes.

So why is the number of terror suspects/criminals so high in Turkish prisons? While convictions of belonging to or abetting a terror organization ostensibly require concrete evidence, under the new anti-terror law people can be charged with terrorism for disseminating propaganda or simply "praising" terror-related crimes. People convicted of the latter two crimes make up the vast majority of all those imprisoned for terrorism.

The law calls for a sentence of one to five years for "praising" terror. If this crime is committed through news media, the punishment is increased.

Another problem in prisons is inadequate staffing. Yilmaz said there are only about 61,000 staff members in his directorate and officials there plan to hire about 10,000 more in 2019.

There are between 7,700 and 7,900 foreign nationals from 120 different countries in Turkish prisons. Yilmaz said 57 prisoners committed suicide in 2017 and 44 so far in 2018. The 3,000 children under 15 “don’t share the same conditions with adults." "We have kindergartens, child care units and playrooms" for those six and under, he said.

Although there are complaints, Yilmaz said medical services in prisons are adequate, including dental care. Prisoners with serious health problems are treated in special prison wards in public hospitals. The problem is that it takes a long time for seriously ill prisoners to reach specialists in a good hospital.

Another major complaint is the lack of educational resources. Of 170,000 prisoners who are eligible to continue their studies, only 21% are able to do so. It is practically impossible for prisoners held in high-security facilities to continue with their education.

Devlet Bahceli, leader of the Nationalist Movement Party (MHP), had called for a general amnesty for prisoners convicted of narcotics-related crimes and misdemeanors before the June 24 elections. But President Recep Tayyip Erdogan made his opposition clear, declaring, “Only the state can forgive crimes committed against it."

The MHP amnesty proposal caused friction with its ally, Erdogan's ruling Justice and Development Party (AKP). The AKP also doesn’t look favorably on amnesty before the March 2019 local elections. It's obvious that Turkey’s prison system can’t handle the current number of prisoners, so what is the solution? Expect much more discussion on the topic in the coming days.