After Egypt’s Arab Contractors was awarded the design and construction contract of the Stiegler's Gorge hydroelectric power station on the Rufiji River in Tanzania, experts and officials say such a decision could reduce tension among the Nile’s riparian states. 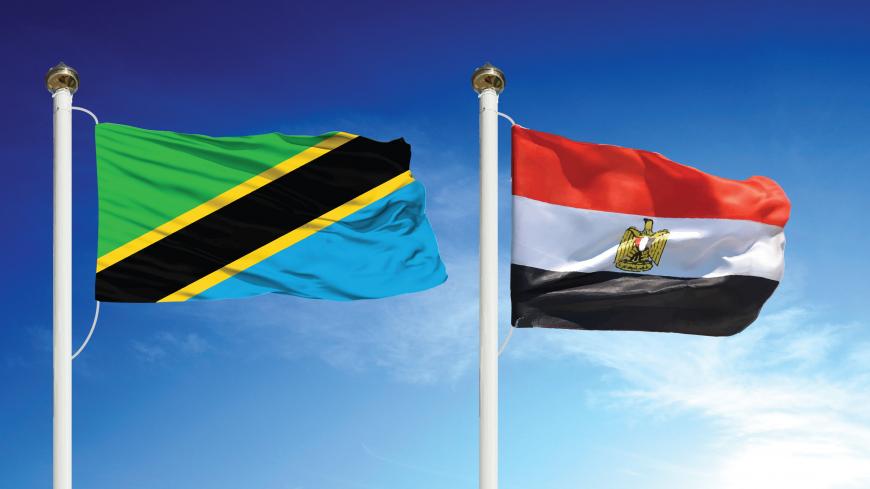 CAIRO — Egypt’s Arab Contractors is currently conducting a feasibility study on the Stiegler's Gorge hydroelectric power station on the Rufiji River in Tanzania after head of Arab Contractors Mohsen Salah announced Oct. 22 that the company had been awarded the design and construction contract of the power station.

Egypt is taking part in the project as part of its plan to support development in the Nile riparian states, and the Tanzanian government deems it as one of the most important national power generation projects.

Presidential spokesman Bassam Radi said that the company’s official announcement came after a telephone call Oct. 21 between Tanzanian President John Magufuli and President Abdel Fattah al-Sisi. During the call, Magufuli invited Sisi to lay the foundation stone of the Tanzanian dam and supervise the dam similarly to any national project in Egypt. Sisi, according to Radi, said the project will serve as a model of cooperation between African countries.

The Stiegler’s Gorge dam is located on the 600-kilometer-long (373-mile) Rufiji River, which entirely lies within Tanzania. It is expected to generate 2,100 megawatt (MW) and will be of great benefit to Tanzania's energy sector, which currently produces 1,357 MW and covers only 32.8% of the needs of 57.3 million people living in Tanzania.

On May 22, the Tanzanian parliament discussed the negative effects of the dam on the environment and an official in the Tanzanian vice president's office threatened anyone who opposes the dam with time in prison.

Abbas Sharaki, a professor of water resources and geology at Cairo University's Institute of African Studies and Research, told Al-Monitor, “Egypt’s participation in infrastructure projects in the Nile upstream states such as the Stiegler dam in Tanzania will have a positive impact on Egyptian interests in such states. Not only will it maintain water security in the headwaters of the Nile River but it will also create new horizons for Egyptian investments and new markets for Egyptian products.”

He said, “The Egyptian presence in the Nile upstream states can be translated into a number of strategic projects capable of boosting Egyptian interests and helping the country benefit from huge water resources for the cultivation of rainfed crops. Due to water scarcity, Egypt has been failing to expand the cultivation of crops such as rice."

Tanzania is an important Nile upstream state. It is one of the main countries bordering Lake Victoria, which provides the Nile with about 15% of its annual supply. It also has abundant water resources exceeding 110 million cubic meters (3,885 cubic feet) of renewable surface water and groundwater per year.

“Water cooperation with Tanzania paves the way for projects that would increase the Nile River’s water supply and raise Egypt's share of this supply,” Sharaki added.

In 2010, tension between Egypt and the Nile upstream states mounted after the latter signed the Agreement on the Nile River Basin Cooperative Framework, also known as the Entebbe Agreement.

Egypt rejected the agreement at the time due to three controversial issues. First, the agreement failed to recognize Egypt's historical rights and shares in the Nile River. Second, it stipulated that decisions shall be approved by a majority rather than unanimity, and this is a matter of concern for Egypt, which believes such an item could be used against it, being a downstream state. Third, the agreement failed to recognize the condition of prior notice before the construction of any projects along the river.

While Tanzania was the first signatory to the agreement on May 14, 2010, Cairo decided to freeze its membership in the Nile Basin Initiative (NBI) in June 2010, in protest against the agreement.

NBI is an intergovernmental partnership of 10 Nile Basin countries, and the agreement has been discussed under its umbrella, hence Egypt’s decision to freeze its membership therein.

The Tanzanian parliament finalized on March 26, 2015, the ratification of the agreement but solutions regarding Egypt’s freeze are yet to be found.

The tough stances voiced by the Nile upstream states against Egyptian interests in the Nile Basin have always been justified by official reports, whereby Egypt gets the lion's share of the river’s water supply — 55.5 billion cubic meters (1,960 cubic feet) annually.

Such reports also suggest that Egypt opposes any projects aimed at exploiting the river and developing upstream states. There is currently an ongoing debate over the Grand Ethiopian Renaissance Dam due to Ethiopia’s unilateral decision to embark on its construction without notifying Egypt in advance.

An Egyptian diplomatic official familiar with the Nile water issue told Al-Monitor on condition of anonymity, “We have put forth several initiatives aimed at solving the existing differences over the Entebbe Agreement and facilitating Egypt's return to the NBI, but negotiations remain complicated at the two technical and legal levels.”

He said, “The Egyptian company’s participation in the construction of such a paramount dam in Tanzania is a strong message that reflects Egypt's support for upstream countries based on the principle of mutual interests and the no-harm rule. It also aims to oppose allegations whereby Egypt is not interested in the development of the Nile riparian states or is exploiting the Nile resources alone."

Ahmed Bahaa, the head of the Nile Water Sector at the Ministry of Water Resources and Irrigation, told Al-Monitor, “Egypt has been involved in supporting the construction of dams in the Nile riparian states since the 1940s in the context of joint understandings and based on the prior notice rule. For example, Egypt has contributed financially and technically to the establishment of the Owen Falls Dam in Uganda in 1953. Accordingly, a permanent Egyptian irrigation mission was sent that year to the Owen Falls area to oversee the operation of the dam and Lake Victoria’s water flow. This mission is still there to date.”

Bahaa added, “There are also joint projects with South Sudan to build the Wau hydroelectric power generation project, as well as other dam projects aimed at exploiting rainwater in Uganda and Tanzania."

Cairo is required to embark on intensive diplomatic actions while aiming for a political dialogue that would complement the Arab Contractors' role in building the Stiegler Dam in Tanzania and would positively impact Egyptian interests in the Nile Basin. Such a dialogue would be aimed at ensuring that Tanzania and other upstream states adopt positions that favor Egypt’s return to the NBI and the resolution of legal and institutional disputes regarding the Nile River water management.