Saudi Arabia's public prosecutor has announced that he will seek the death penalty for five Saudi officials arrested in the murder of journalist Jamal Khashoggi. 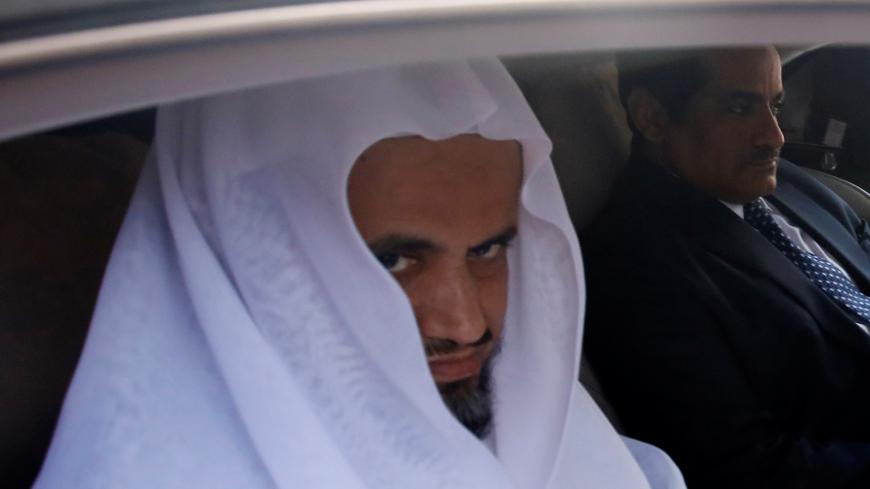 The Saudi and American governments are desperately trying to protect Crown Prince Mohammed bin Salman from accountability in the murder of journalist Jamal Khashoggi. Both are trying to use the members of the hit team sent to Istanbul as scapegoats.

The Saudis announced that the trials of 11 individuals involved in the murder are ready, and five of them will be charged with the death penalty. The announcement is another change of story by Riyadh. First it denied Khashoggi was dead and insisted that he had freely left the consulate on Oct. 2. Then it claimed that he died in a fistfight. Then it was characterized as a premeditated murder ordered by the deputy chief of Saudi intelligence. Now it is supposedly a rendition attempt that went amiss and that Khashoggi was deliberately given an overdose of drugs. The team then lied to the deputy chief of Saudi intelligence to cover up their botched mission. An unnamed local collaborator assisted in disposing of the body.

The Saudi accounts reflect a government that is desperately trying to protect the heir apparent. The Khashoggi murder is only the latest in a long line of reckless decisions by the crown prince, starting with the disastrous intervention in Yemen’s civil war that has created the worst humanitarian catastrophe of our time. It is a farcical attempt at a whitewash.

The United States Treasury Department has sanctioned 17 Saudis for involvement in the murder. Those sanctioned include a top aide to Prince Mohammed, Saud al-Qahtani, and Consul General in Istanbul Mohammed Otaiba. The deputy intelligence chief, Gen. Ahmed al-Assiri, was not included on the Treasury list. Nor was Saudi Foreign Minister Adel al-Jubeir, who has responsibility for everything that happens in a Saudi diplomatic facility. Since none of the 17 are ever likely to leave the kingdom again, the sanctions are not likely to ever be enacted.

The Treasury announcement follows the nomination of retired Gen. John Abizaid as ambassador to the kingdom. Abizaid is an experienced hand in Middle East politics. The administration is hoping that he can bring some stability and oversight to the Saudi decision-making process. That remains unlikely as long as Prince Mohammed is in office.

The Saudis have said that their indictments mean the Khashoggi murder investigation is now complete and the “curtain is closed.” Jubeir bizarrely blamed Qatar for keeping interest in the case alive. The Saudis have consistently hinted that Khashoggi was a dupe for the Qataris. The Saudi boycott of Qatar, which has all but destroyed the Gulf Cooperation Council, is another one of Prince Mohammed's foolish decisions.

A stable Saudi Arabia is crucial to the stability of the region, which is wracked by civil wars, failed states, terrorism and Iranian mischief. For the last 50 years, the kingdom has been a bedrock of stability and predictability. Successive American presidents have relied on Saudi kings to help keep order in the region, albeit at the cost of suppressing democratic reforms in Bahrain, Egypt and elsewhere.

Since Prince Mohammed began his ascent to the throne, that has changed for the worse. Behind a facade of promoting limited social change, the prince has been a reckless, impulsive and dangerous decision-maker abroad and an increasingly despotic dictator at home. Repression in Bahrain and other Saudi client states has increased. The region — and the kingdom — are more unstable.

The Democrats will bring much greater scrutiny to Washington's relationship with the Saudis next January. For now, the Republican House leadership is protecting the Saudi war in Yemen and Prince Mohammed. They want to limit any sanctions to mostly symbolic actions like ending midair refueling of Saudi warplanes.

In any case, it is clear that Turkey will not cease investigating the murder. Ankara has a profusion of evidence to reveal and the motivation to do so. Time will tell if justice is served.