The resignation of Israeli Defense Minister Avigdor Liberman has triggered discussion in Russian circles about whether the departure of a man deemed a staunch advocate for a "special relationship" with Moscow will affect Benjamin Netanyahu's cooperation with Vladimir Putin on Syria. 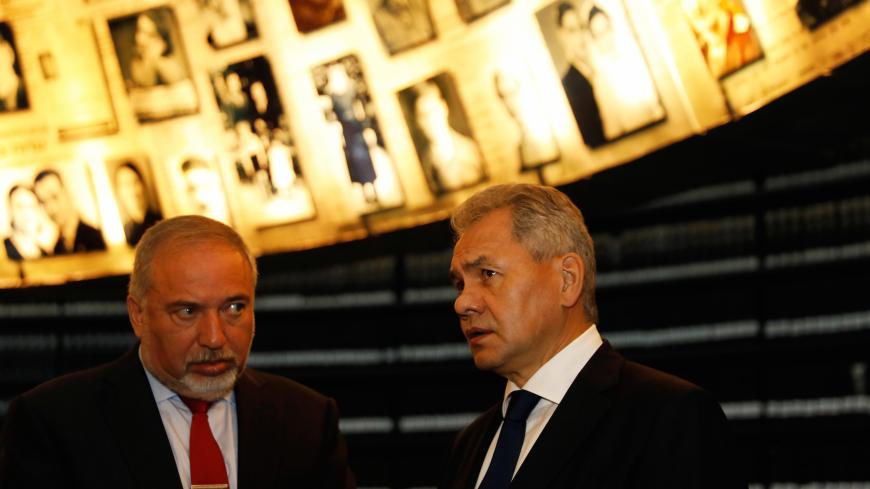 Russian Defense Minister Sergei Shoigu (R) stands next to his Israeli counterpart, Avigdor Liberman, as they look at pictures of Jews killed in the Holocaust, during a visit to the Hall of Names at Yad Vashem's Holocaust History Museum in Jerusalem, Israel, Oct. 17, 2017. - REUTERS/Ronen Zvulun 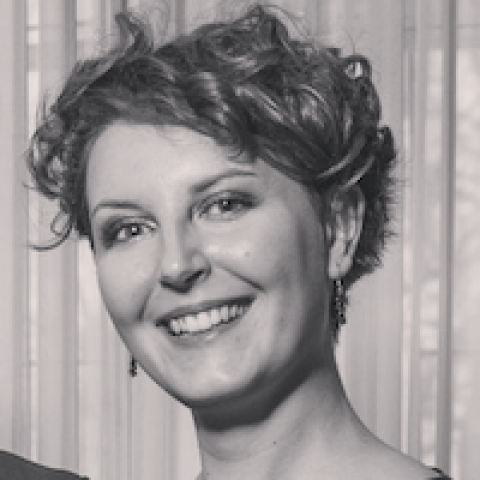 Israeli Defense Minister Avigdor Liberman’s resignation yesterday sparked debates not only about the fate of the country's current ruling coalition but also about the future of Israeli-Russian relations — especially when it comes to Syria.

Born in the former Soviet Union in what is currently the Republic of Moldova and fluent in Russian, Liberman leads the right-wing party Yisrael Beitenu and has had a reputation as an advocate for stronger relations with Moscow. His party is popular among Jews from the former Soviet Union who made “aliyah” — or homecoming — to Israel in 1990s. Liberman, a controversial politician who has frequently received serious backlash from left-wing parties and human rights organizations for his hateful rhetoric against Arabs, had significant success in the 2009 elections when Yisrael Beitenu won 15 seats in the Knesset and went on to become the second largest party after Likud.

Following corruption scandals that plagued party officials, some part of the so-called "Russian base" turned away from Yisrael Beitenu, and in 2015 it received only six seats. The program of Liberman’s party did not include developing relations with Russia and was more focused on social and security issues. Yet while he was Israeli minister of foreign affairs (2009-2012, 2013-2015), one of his priorities was a more close and trustful dialogue with Moscow.

Since 2016, when he took over as defense minister, relations with Russia — particularly concerning Syria — became a focus of Israel's foreign policy. His “personal diplomacy” came as an advantage in this sphere.

Just over a year ago, on Oct. 16, during a meeting with Russian Defense Minister Sergei Shoigu, Liberman told his counterpart — first in Russian and then in Hebrew — that Israel “values its relations with Russia for the sincere, candid dialogue [between the two]” and added it is “the way to solve all the problems.”

Liberman was among the most staunch critics of Iran's presence in Syria, pushing the agenda at every encounter with his Russian counterparts. On May 31, 2018, Liberman traveled to Moscow to discuss what he deemed “the entrenchment of Iran and its proxies” in Syria, two weeks after President Vladimir Putin’s remarks on the need for all foreign forces to withdraw from the war-torn country.

However, since Liberman does not have a background in security, some military sources claimed that the top brass has always seen him as an “outsider." Others argue that he hasn't made any major contributions to Israeli defense policies over his two-and-a-half years in office, calling him a “cartoon defense minister.”

In fact, it is hard to claim that Liberman alone somehow seriously changed the rules of engagement with the Russians. Israel's foreign policy is in the hands of Prime Minister Benjamin Netanyahu, the head of the Likud party. Besides, during most of Netanyahu's meetings with Putin, he has been accompanied by another Russian-speaking politician, Minister of Jerusalem Affairs and Minister of Environmental Protection Ze'ev Elkin.

As Minister of Defense, Liberman has been limited in his capacity to influence the decision-making process when it comes to major issues. The recent situation in Gaza clearly exposed this. Netanyahu managed to avoid an unnecessary war, resulting in a lot of criticism from hard-liners — including Liberman. In some respect, Liberman made this decision to quit as an attempt to survive as a political figure. According to recent polls, he does not have enough support from Israelis to be a major player in the next election, and he is not a good contender to beat “Mr. Security” Netanyahu — at least for now.

After Liberman’s resignation, the position of defense minister was temporarily transferred to Netanyahu, who also holds other governmental positions, including Minister of Foreign Affairs and Minister of Health. However, Minister of Education, Minister of Diaspora Affairs and HaBayit HaYehudi leader Naftali Bennett threatened to quit the coalition if Netanyahu didn't make him defense minister. Netanyahu is at a crossroads: to call an early election where — according to the polls — he has a good chance of winning, or to save the coalition for letting Bennett take the defense minister position. Neither of the two options looks particularly appealing, and Netanyahu will have to showcase the best of his political maneuvering.

In Russia, some pro-Israeli experts who have advocated for a stronger response to Hamas attacks raised concerns over the departure of Liberman. The concern is that Netanyahu’s backtracking on the operation in Gaza may send a wrong signal to Iran and Hezbollah over Israel’s resolve to tackle the security challenges they pose in the north of the country. This, the argument goes, may embolden Tehran and pro-Iranian militias, and thus create new risks for Russia’s own policies in Syria and its relationship with Israel similar to those that occurred over Syria’s fatal mistake in downing the Russian spy plane in mid-September that the Russian military blamed on “Israeli provocation.”

In the broader scheme of things, relations with Russia are not being targeted by political rivals amid the internal spat in Israeli politics. If Bennett becomes Israel's new Defense Minister, it is unlikely to affect relations with Moscow. Russia believes there is a consensus throughout the Israeli political and military establishment for maintaining a good and mutually beneficial partnership with the Kremlin in Syria. The main issue is how to keep these relations fruitful when both sides are looking at one another but not in one direction.