Intel: How Netanyahu’s acrimonious meeting with a right-wing ally sets the stage for early elections 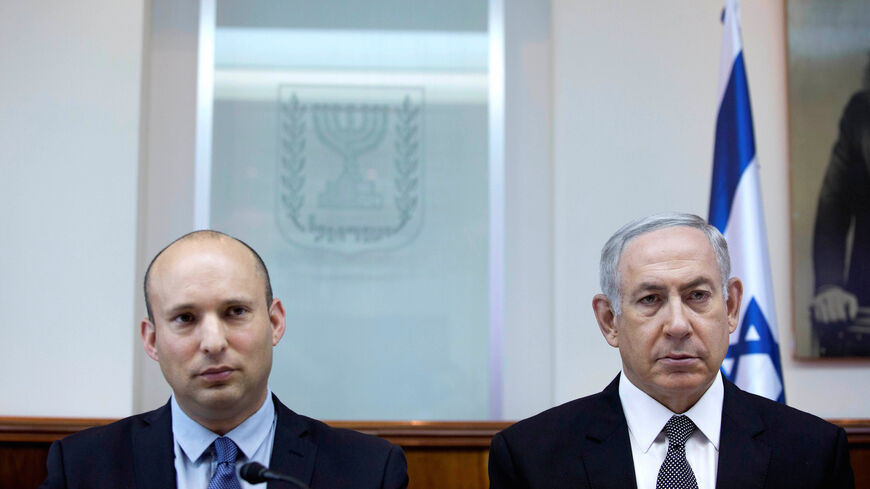 Early elections appear right around the corner in Israel following today’s acrimonious meeting between Prime Minister Benjamin Netanyahu and Education Minister Naftali Bennett, the head of the right-wing religious Jewish Home party. Netanyahu refused Bennett’s request to take over departed Defense Minister Avigdor Liberman’s portfolio. Instead, Netanyahu himself will serve as acting defense minister for the time being, in addition to his duties as prime minister and acting foreign minister.

Why it matters: Liberman left office this week in opposition to the cease-fire with Hamas in the Gaza Strip. Without Liberman’s Yisrael Beitenu party, Netanyahu’s ruling coalition only had a one-seat majority in the Knesset. Today’s showdown with Bennett further complicates the prime minister’s ability to keep his allies together and all but ensures early elections in March or April.

What they’re saying: Just like Liberman, Bennett's party wants a harder stance against Hamas and will now likely call for early elections. Finance Minister Moshe Kahlon, the head of the center-right Kulanu Party, has said it is an economic must to have elections as early as possible. Ultra-orthodox parties agree.

A Cabinet of one: Netanyahu may be the only one who believes he can hold the government together until the original election date next November. He warned the right-wing parties that rushing to a vote would be a historic mistake that could see the left take power.

What’s next: Netanyahu is scheduled to talk to all the coalition party leaders on Sunday before announcing an election date.

Know more: Ben Caspit evaluates the reasons behind Liberman resignation, and Mazal Mualem explains why Netanyahu is worried after demonstrations against his seemingly week policy toward Hamas.