Intel: How Hamas helped Netanyahu keep his coalition together 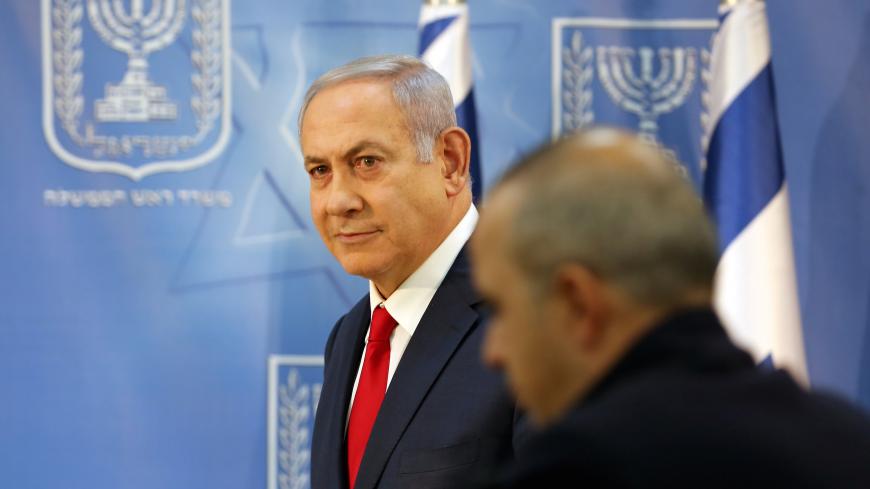 Israel's Prime Minister Benjamin Netanyahu arrives to deliver a statement to the members of the media in Tel Aviv, Israel, Nov. 18, 2018. - REUTERS/Corinna Kern

Education Minister Naftali Bennett had threatened to quit the government if he did not get the defense portfolio following Avigdor Liberman’s resignation last week over a cease-fire with Hamas. After Netanyahu refused and took over the position himself, Bennett and his party’s co-leader, Justice Minister Ayelet Shaked, said they’d stay in the government to push Netanyahu to "be stronger and restore the military deterrence over Hamas."

Why it matters: Talk of a long-term cease-fire between Israel and Hamas remains in flux after a botched Israeli incursion into the Gaza Strip last week left seven Hamas members and one Israeli officer dead. Hamas retaliated by firing 460 rockets at Israeli towns, prompting an Israeli response. An Israeli government collapse in those conditions would widely have been seen as a victory for Hamas — fears that the "political magician" Netanyahu exploited to outflank his detractors.

The prime minister further cemented his reputation as the great survivor of Israeli politics with a public speech on Sunday announcing his decision to call Bennett’s bluff. Netanyahu said that Israel faces a very delicate and complex security situation and warned against bringing down the government.

Nobel Prize-winning advice: Bennett said that as he was contemplating whether to resign, he got a call Sunday night from his friend Robert Aumann, winner of the 2005 Nobel Prize in Economics for his work in game theory analysis. Aumann told Bennett to forget about game theory and that “the country's security is above all."

What's next: Netanyahu must gather the heads of the remaining coalition parties to figure out a way forward with a bare majority of 61 out of 120 Knesset seats following the departure of Liberman’s Yisrael Beitenu party. The move leaves each individual member of parliament with outsized influence — and correspondingly higher demands. The Jewish Home party has eight seats.

Know more: Israel Pulse’s Ben Caspit explains the complex political situation after Liberman’s resignation. And Danny Zaken takes us behind the scenes as the coalition partners plot their next moves.