Since the beginning of the year, the foreign exchange reserves of Tunisia’s Central Bank have been dropping even as crucial economic sectors like tourism grow. 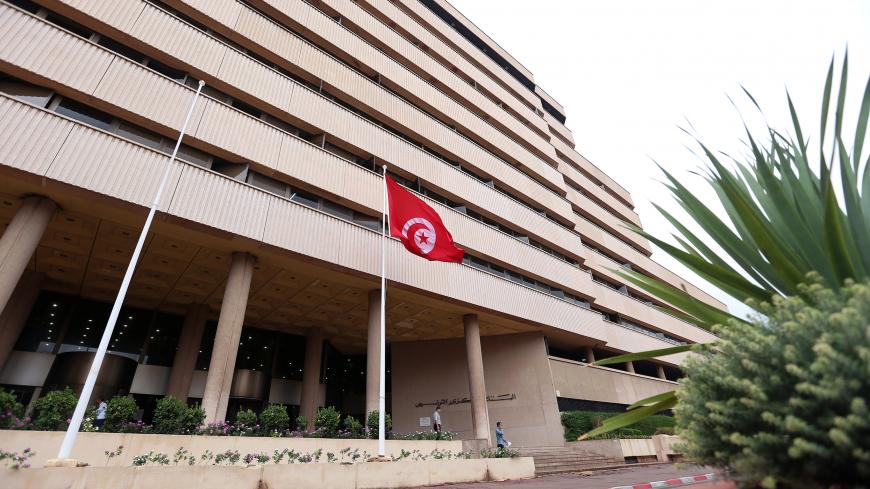 The decline in foreign exchange reserves reduces Tunisia's ability to repay its external debt and weakens the confidence of foreign investors in the local economy.

Reuters quoted Tunisian Tourism Minister Salma al-Loumi as saying on Aug. 9 that tourism revenues jumped by 42% to $554 million in the first seven months of 2018 compared to the same period in 2017. The minister said, “The number of foreign visitors rose by 23% to 4.4 million until July 31 compared with the same period a year earlier.”

The agricultural export sector, which is one of the country's major foreign exchange sources, also saw remarkable growth. Olive oil export revenues peaked at $466 million, up by 157.6% from the same period last year, according to the Tunisian Ministry of Agriculture. The country's dates export revenues stood at $262 million in July, rising by 32.6% compared to last year.

A Tunisian Central Bank official told Al-Monitor on condition of anonymity, “The trade deficit in Tunisia is the first reason for the shrinking foreign exchange reserves. Tunisia imports more than it exports. Imports are bought from foreign markets in foreign currencies, especially in US dollars.”

Al-Monitor spoke to Tunisian economic researcher at the University of Paris 12 Rami Talj. He explained this contradiction between the growth of foreign exchange sources and the decline in reserves, saying, “This is due to three reasons. The first is related to the repayment of foreign debts taken out by the state from foreign countries and from the International Monetary Fund. These debts are settled in foreign currencies. Whenever an installment is withdrawn from the state treasury, foreign exchange reserves drop. The second reason is that revenues in international currency, mainly the dollar and the euro generated from the tourist season, usually revert to the tourism companies at the end of the season, i.e. at the beginning of October. Tourism companies keep their balances in Euros or in US dollars and prefer not to convert them to the Tunisian dinar for fear of its depreciation. This partly explains why foreign currency reserves have not jumped during the past months.”

Talj went on, “The third reason is the most problematic one. It is the phenomenon of smuggling of foreign currencies coupled with rampant corruption. This concerns travel agencies and hotel apartments that open bank accounts abroad to deposit tourism revenues. This deprives Tunisia of benefiting from these revenues.”

Though Tunisia's economic crisis is heavily influenced by the political and security instability in the country since 2011, it also has the legislative and legal system to blame.

Tunisia's economic sectors are in dire need of modernization to keep pace with international developments. The law governing foreign exchange and trade is one of the most important weaknesses of the Tunisian economy, posing an obstacle to the liberalization of investments. It also seems to be pushing Tunisian investors toward illegal and non-transparent ways of dealing with the state.

He argued that the Exchange and Foreign Trade Law helps to encourage companies to smuggle foreign currency. “The law dates back to 1976. It sets forth stringent measures in relation to currency export and import. It also prohibits several banking transactions that are necessary for international trade such as money transfers. It imposes bureaucratic obstacles, such as the need to obtain a permit from the Central Bank to transfer money. These measures limit the speed and efficiency of commercial activities.”

Korshid went on, “Unfortunately, so far, there have been no serious attempts at the level of decision-makers to modernize the banking system, amend the law on exchange and foreign trade or curb the phenomenon of smuggling foreign currency outside Tunisia.”

Maher Abdel Rahman is the founder and manager of Spectrum company, a Tunis-based cinematographic, audiovisual and theatrical production company that works with several foreign television channels.

“The exchange and trade law, which seeks to protect the country's foreign currency balance, is rather encouraging the smuggling of foreign currencies in huge amounts and in twisted ways,” he told Al-Monitor. “Under this law, a Tunisian residing in Tunis is not allowed to have a bank account in a foreign currency. I believe those who are currently violating the exchange law won’t need to do so when they are allowed to open accounts and [deposit] cash in foreign currency in Tunisia, and if restrictions on money transfers are lifted. If given the choice, a Tunisian citizen who legitimately earned funds in euros or dollars would definitely choose to have his money deposited in a bank account at his disposal in Tunisia rather than in an account abroad.”