Central Bank: 2019 will be difficult for Tunisian banks 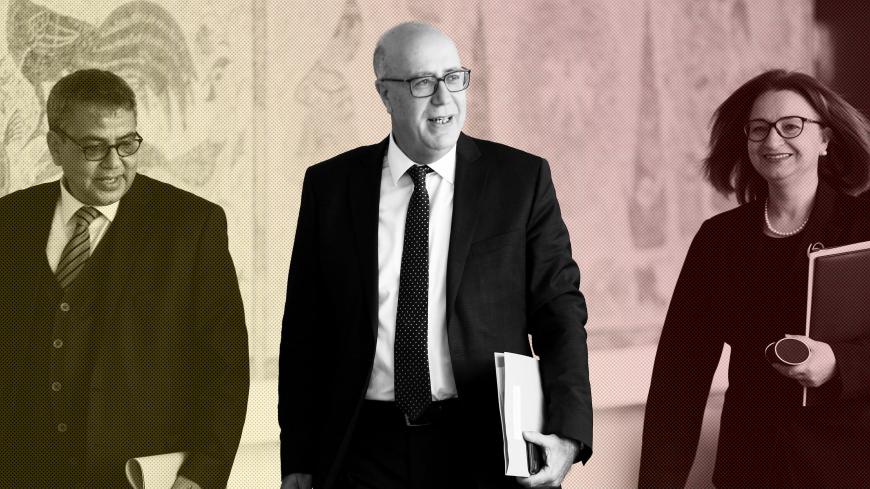 Banking and Finance
Economy and trade
May 28, 2019

TUNIS — Tunisian Central Bank Gov. Marwan al-Abbasi acknowledged publicly for the first time at a hearing held May 13 by the parliamentary commission on general legislation that the banking sector is facing a liquidity crisis.

Abbasi warned in statements May 13 carried by Radio Shams FM that the year 2019 will be difficult for Tunisian banks amid the dry-up of liquidity. He noted that this crisis could push banks to refrain from meeting all of their loan demands compared to 2017 and 2018 when liquidity was available.

However, she asserted the Tunisian banks' tendency to restrict so-called “consumer loans" to citizens and support small investors who contribute to wealth generation.

Abbasi’s statements were echoed by Noureddine Taboubi, secretary-general of the Tunisian General Labor Union — Tunisia’s largest trade union organization to defend workers. He told Jawhara FM radio on the sidelines of the General Federation of Banks and Financial Institutions Conference on May 17, “The Central Bank is facing a dry-up of liquidity in the country,” stressing the need to find the appropriate solutions.

The Central Bank of Tunisia had decided Feb. 19 for the third time in 2019 to raise the key interest rate by 100 basis points from 6.75% to 7.75% to curb the high rate of inflation and contain the trade deficit and its implications on the balance of payments.

For his part, Lotfi Ben Sassi, the prime minister’s economic adviser, denied a liquidity crisis in a statement May 15 to Express FM, a private Tunisian radio station specializing in economics.

Ghazi Chaouachi, a parliament member and the former secretary-general of the Democratic Current (opposition) party, described Ben Sassi’s statements as part of political outbidding aiming to cover up for the government’s failed economic policies with the approaching date of legislative elections set for Oct. 6 and the presidential elections slated for Nov. 17.

Chaouachi affirmed to Al-Monitor that he received, in his capacity as a member of parliament, numerous complaints by some investors and citizens who saw their personal loan applications refused by banks due to lack of liquidity.

On the reasons for the liquidity crisis, he argued, “The state resorted to borrowing from private banks at high-interest rates and high repayment guarantees to cover its budget deficit. This pushed banks to favor lending the state instead of citizens and private institutions.”

Chaouachi added, “The state today is not borrowing for investment and wealth creation purposes, but for settling debts worth about 10 billion dinars (about $3 billion). What further deepened the crisis was the collapse of the Tunisian dinar against the US dollar, which made the cost of redemption of these loans in hard currency catastrophic. The ratio of public debt soared to 74% in 2019 from about 45% in 2011.”

On May 22, the parliamentary finance committee approved a bill introduced by the Ministry of Finance to allow issuing bonds of up to $800 million to finance the state budget deficit for 2019.

The Tunisian parliament had blocked on May 4 the government's request to issue bonds in the global financial market. The opposition, which chairs the Finance Committee, rejected the request in an effort to curb the borrowing policy.

“The liquidity dry-up could reach a stage where the ordinary citizen would no longer be able to withdraw amounts from his bank account,” financial expert Sadiq Jabnoun warned.

Jabnoun pointed to the consequent growth of the shadow economy in light of the state’s inability to restrain such an economy at the expense of the formal [state-regulated] sector. “The parallel sector has been consuming the cash flow, whether in local or in hard currency,” he said.

Many observers in Tunisia fear the liquidity crisis will usher in a series of tangible indicators of the collapse of the Tunisian economy. Tunisian citizens seem to foresee this collapse in light of a spike in prices and a low purchasing power.