Intel: How Russia is courting the Gulf on Syria 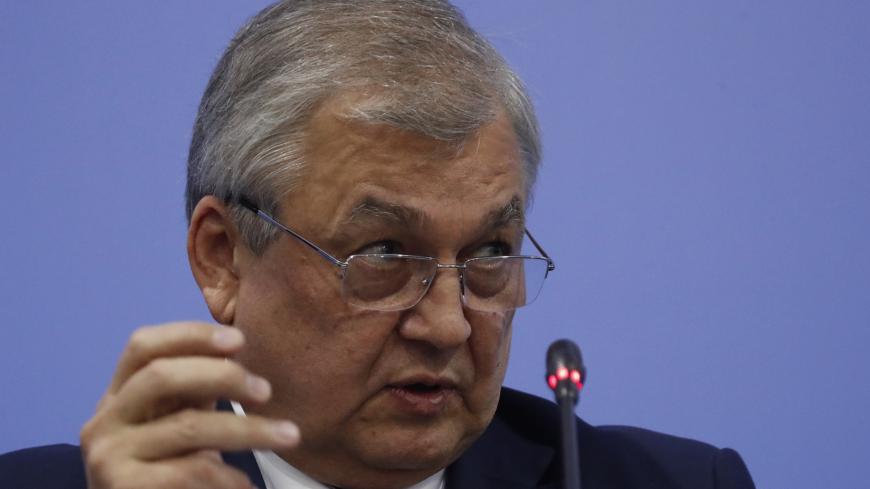 A high-level Russian delegation visited the Gulf this week to court the oil kingdoms as Moscow ramps up efforts to end the war in Syria on its terms. The delegation, led by President Vladimir Putin’s Syria envoy Alexander Lavrentiev, met with Saudi Crown Prince Mohammed bin Salman and other officials in Riyadh on Sunday before heading to the United Arab Emirates on Monday and on to Oman.

Why it matters: The tour sought to facilitate support for Russian initiatives in the region. In both Riyadh and Abu Dhabi, the agenda centered on Middle East security, with a heavy focus on Syria. Russia is seeking to get the Gulf countries to abandon their hope of toppling Bashar al-Assad’s regime in favor of a political settlement and a focus on battling terrorism. In the run-up to possible major political shifts in Syria, Moscow is testing whether any compromises can be made to align Russian interests with those of the Saudis and the Emiratis.

Looking east: The move comes as Russia is playing an ever greater role in the Middle East while the United States steps back. The Russian delegation arrived in Riyadh one day before Secretary of State Mike Pompeo raced over to discuss the case of Saudi journalist Jamal Khashoggi, whose disappearance and alleged murder threatens to harm US-Saudi relations.

With Washington and other Western powers pushing to restrict the disbursement of international aid in Assad-held parts of Syria, reconstruction and post-conflict stabilization were also an important part of Russia’s conversations in the Gulf. Moscow is looking for external funds to help rebuild the country. In August, Saudi Arabia pledged $100 million to help stabilize parts of Syria liberated from the Islamic State.

Beyond Syria: While in Riyadh, Russian Deputy Foreign Minister Sergey Vershinin also met with UN special envoy to Yemen Martin Griffiths. Griffiths reportedly praised Russian support for UN initiatives to end the war between the Saudi-led Arab coalition and the Iran-backed Houthis. In Oman, Russia discussed the overall situation in the Gulf as well as the crisis in Yemen in addition to Syria.

What’s next: UN Syria envoy Staffan de Mistura will be stepping down at the end of November. During his final weeks on the job, Reuters reports, de Mistura has been instructed by Secretary-General Antonio Guterres to “verify once and for all” whether a credible, balanced constitutional committee can be convened for Syria.

De Mistura will be traveling to Damascus next week hoping to win the Assad government’s approval for a “credible and inclusive third list” of committee candidates being composed by the UN in addition to those emanating from the Syrian government and the opposition. The Russian position, voiced by UN Ambassador Vasily Nebenzya, is that the constitutional committee needs to be formed as soon as possible but that “setting artificial deadlines in this case would be counterproductive.” Russia thus seeks to harness support from key opposition backers in the Gulf as the constitutional committees are being formed and bigger-picture political moves in Syria loom on the horizon.

Know more: Stay abreast of the latest updates on Moscow’s moves in the region here and read our full Russia/Mideast coverage here.