The US secretary of state met today with Turkey's president and foreign minister to discuss the developing story of vanished Saudi journalist Jamal Khashoggi. 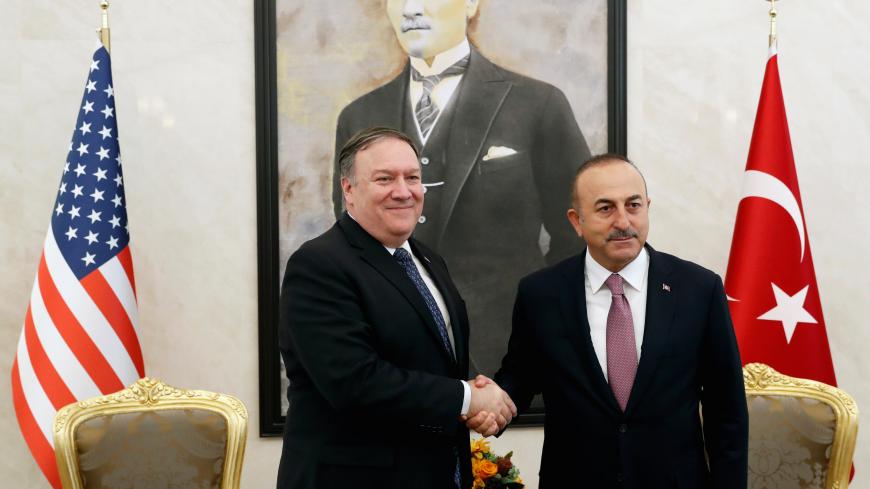 US Secretary of State Mike Pompeo met with Turkish President Recep Tayyip Erdogan and the country’s foreign minister, Mevlut Cavusoglu, in Ankara today to discuss the latest developments on dissident Saudi journalist Jamal Khashoggi. The Washington Post columnist’s disappearance on Oct. 2 has escalated into a behind-the-scenes power play, with Ankara apparently pushing for unrevealed concessions from the kingdom.

There were no details released following Pompeo’s talks with the Turkish leaders. They followed meetings in Riyadh with Saudi King Salman and Crown Prince Mohammed bin Salman, who is thought to have issued the orders for Khashoggi to be either abducted or killed.

Pompeo’s tour coincided with the disclosure of further lurid snippets as to how Khashoggi was said to have been tortured, killed and dismembered in the Saudi Consulate in Istanbul on Oct. 2.

The pro-government Yeni Safak newspaper said it had access to the audio recordings of Saudi Consul General Mohammed al-Otaibi telling the killers, “Do this thing outside. You are going to get me into trouble,” to which one of the men purportedly responded, “If you want to stay alive, shut up.”

Otaibi left Istanbul yesterday and Turkish investigators began searching his residence, where Khashoggi’s remains may be buried after allegedly being carried out of the consulate by individuals belonging to a 15-member Saudi hit squad Turkish officials claim was commissioned to murder him.

Yeni Safak columnist and former press adviser to Erdogan Kemal Ozturk, citing unnamed security sources, claimed today that police were searching for Khashoggi’s corpse in Istanbul’s largest green space, the Belgrade Forest, which like the Saudi Consulate is on the European side of the city. However, the possibility that his corpse “vaporized” between the consulate and the consul general’s residence, where some of the alleged Saudi assassins reportedly went, “is gaining ground,” Ozturk wrote, musing, “This could have been done with barrels full of acid or some other way.”

Turkish officials have yet to formally disclose any of the evidence they have steadily leaked mainly to the Western media in an apparent effort to corner the Saudis. Both the king and his anointed heir continue to deny all responsibility for Khashoggi’s disappearance. US President Donald Trump, whose son-in-law Jared Kushner is believed to enjoy close relations with the crown prince, has echoed the denials.

Ozturk suggested that Turkey, with its unprecedented leverage over the Saudis, would agree to a formula that would see the much despised crown prince stripped of his title. Though Ozturk didn’t spell it out, such an arrangement effectively would translate into allowing the affair to be buried with a few “rogue” officials, as Trump put it, being pinned with the blame.

The crown prince, touted as a radical reformer for his decision to let women drive and drive to modernize the desert kingdom’s oil-dependent economy, is at odds with Turkey over the latter’s support for the Muslim Brotherhood and its military alliance with Saudi Arabia’s big bugbear, Qatar.

Saudi Arabia has stoked Turkish ire with its support for the Kurdish-led Syrian Democratic Forces, who are at the vanguard of the US-led campaign against the Islamic State in Syria. On Tuesday the kingdom transferred $100 million toward the US-led coalition’s stabilization efforts in areas liberated from IS. The Turkish financial daily Dunya called the move Saudi assistance for the “YPG/PKK.”

The Kurdish component known as the Peoples’ Protection Units (YPG) is closely linked to the outlawed Kurdistan Workers Party (PKK), which has been at war against the Turkish military since 1984. Erdogan and Cavusoglu used their face time with Pompeo today to renew demands that the United States axe its partnership with the YPG “terrorists” and to oust them from the contested town of Manbij, according to sources familiar with the substance of the talks.

Nicholas Heras, a Middle East security fellow at the Center for a New American Security, believes Saudi support for stabilization efforts in the US-protected zone are critical. “Saudi Arabia is poised to play a large role in the US zone of control in northern and eastern Syria and will go beyond simply donating a large sum of money to the stabilization effort.” Heras continued in emailed comments to Al-Monitor, “Already, the Saudis are preparing to be involved in supporting critical infrastructure such as health care and to form security and intelligence relationships with Arab tribes throughout this zone.”

The broader Saudi-US goal is to roll back Iranian influence in Syria. While Arab tribes may cooperate, the YPG maintains tactical ties with Iran dictated by the harsh facts of geography, much in the same way the Iraqi Kurds do. It is therefore loath to draw Iranian ire by becoming the United States’ stalking horse in the region, however much Turkey believes that is precisely what it is.