Photographer Jack Persekian combines photos taken in the late 19th century with his own careful shots of the same places to tell the story of the city's tumultuous history. 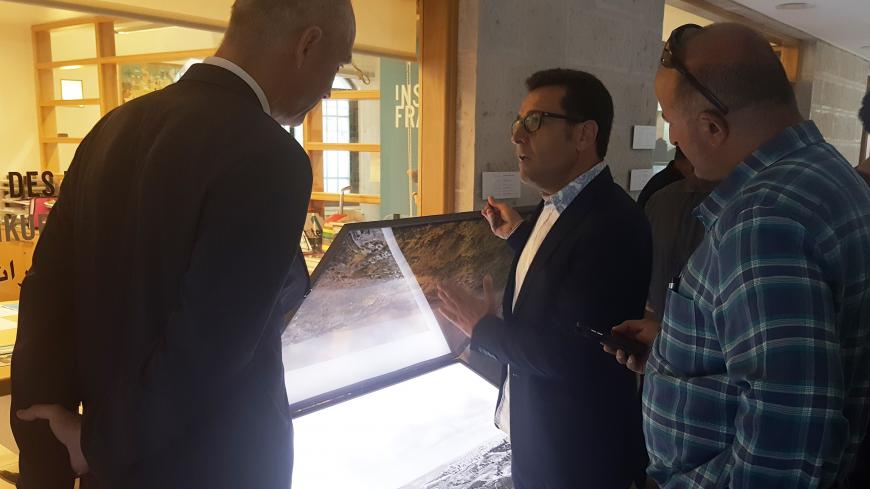 RAMALLAH — Palestinian artist Jack Persekian, born and raised in East Jerusalem, grew up keenly aware of the long and tumultuous history of the divided city. As an adult photographer, he found a way to portray the transition through his art by combining old and new photos.

Persekian’s “One Hundred Years,” which consists of 12 photographic works, is currently exhibited at the French-German Cultural Center in Ramallah as part of the biennial Qalandiya International Festival. The exhibition will run until Nov. 11.

He started work on the project two years ago and the content is still constantly evolving, as Persekian keeps taking new pictures of obscure spots and alleys in Jerusalem and matching them with old photographs of the same places, to show the extent of the changes that have taken place in the turbulent, multicultural city.

All of the old photos come from a collection of pictures of Jerusalem taken by the American Colony photography crew — a group of 15 photographers who worked in a private studio between 1898 and the 1950s. Most of these photos can be found in the Library of Congress in Washington, DC, and they are available to the public online. Persekian’s own shots capture the same place, making sure to use similar lighting and angles.

The presentation of the photos illustrate the layers of history. The old photos are placed in large wooden boxes, with lights placed inside the thick frame. The new photos are placed on the glass that covers them, enabling the visitors to peel off the modern layer simply by opening the lid. An information panel next to each photograph displays the name of the American Colony photographer who took the photo, as well as the time and the name of the place.

“The photos are a unique visual representation of the details of life in Jerusalem, the stages of the city’s development and the changes that took place during the British mandate and the Israeli occupation, all of which have affected the population and the shape of the city,” Persekian told Al-Monitor.

The changes that make the project so striking also make it challenging. “Many of the places photographed by the American Colony crew no longer exist — buildings were demolished or empty lands were built upon. Just a few spots survived without major change and I was able to capture them, too,” he said.

Recreating the right angles and perspective “is a delicate and difficult process," he said. "It took a lot of time and effort and I was only able to reproduce 40 of the 200 pictures I took from the Library of Congress,” Persekian said. Only 12 of those are on display in the German-French Cultural Center. 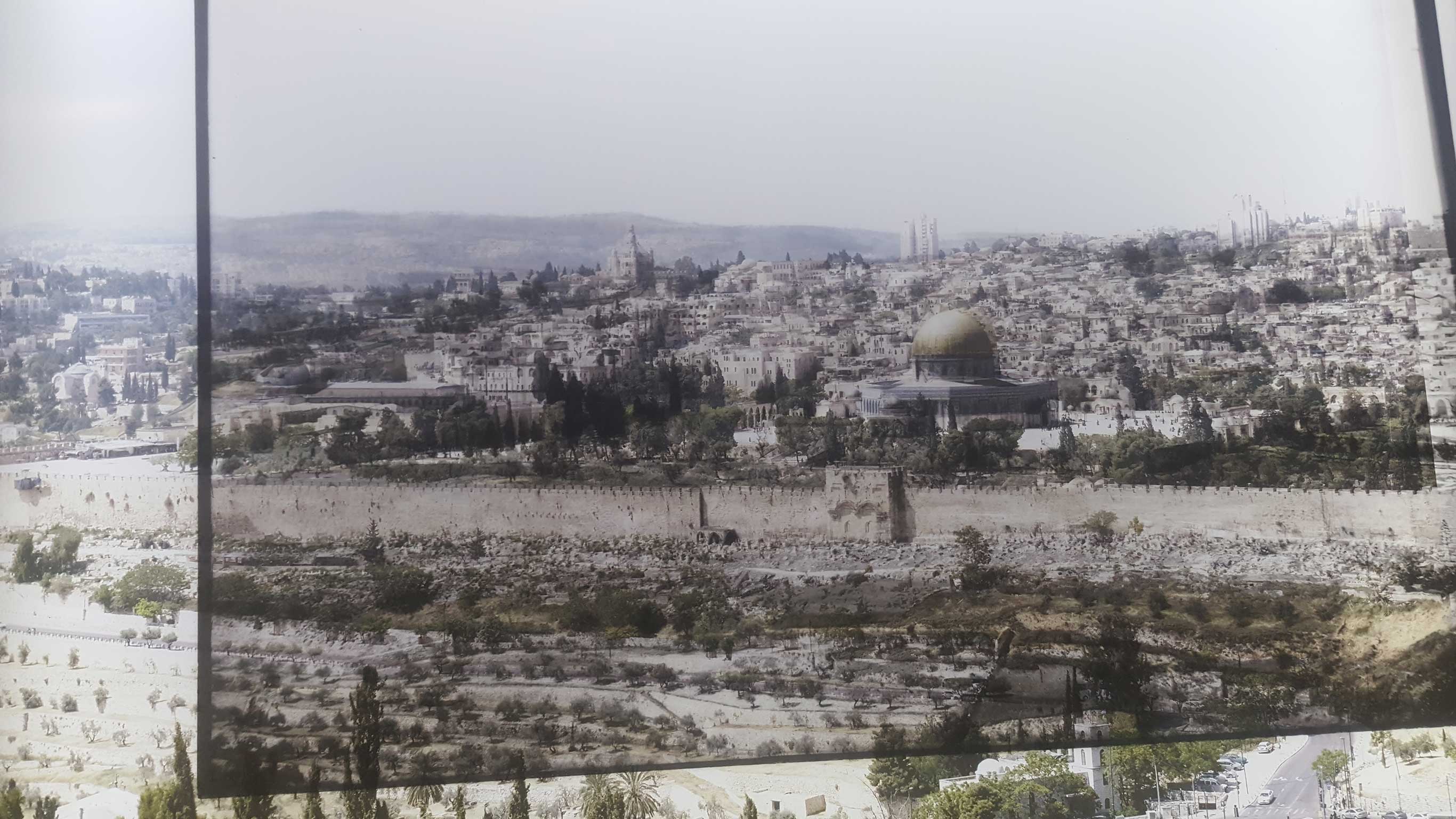 At the opening, Persekian explained some of the photos to the visitors. Pointing to a picture showing a view of the Temple Mount from the Mount Scopus, he explained that the original photo was taken in 1934 and developed in 1939. He compared the old and new pictures, which show the destruction in what is known as the Jewish Quarter, where many old buildings were demolished during the British mandate for excavations.

In another picture, he drew attention to the disparities in buildings in the northern, western and southern parts of Jerusalem compared to those in the east. He explianed that the British resolutions during the mandate prevented the construction of buildings in the eastern part of the city.

“The history of Jerusalem is not only read about in books, but can be studied and analyzed through photographs and photographic archives that tell a lot about the history of the city,” Persekian explained. He said his exhibition particularly calls on Jerusalemites to re-evaluate their relationship with the space surrounding them and dive into its details.

“I live in Jerusalem, but when I saw the new photos above the old ones, I was shocked by the striking changes that erase the Palestinian presence through the demolition of Palestinian homes,” Suleiman Mansour, a Palestinian artist known for his work “Jamal Al Mahamel” ("the Camel of Grievances"), told Al-Monitor. “Residents dot not notice this change, but it becomes evident when compared to pictures taken a hundred years ago. This is why the exhibition is an important documentation attempt to monitor changes in Jerusalem over the years.”

Persekian currently heads the nonprofit Al-Ma'mal Foundation for Contemporary Art, which he helped found in Jerusalem in 1998. He is also one of the founders of Anadiel Gallery. He served as the director of the Palestinian Museum between 2013 and 2015, but resigned less than a year before its inauguration. He has held several exhibitions around the world.

This exhibition, an earlier version of which was previously displayed in Jerusalem, is still another early stage of Persekian's ultimate vision for the project. He said that his future work will focus on changes in the Bab al-Khalil area, given its importance and sensitivity. Bab al-Khalil (also known as Jaffa), is one of the historic gates of the city of Jerusalem, and has undergone major changes over the past century, most notably in 1922, when the British demolished many properties nearby, while Israel paved a street near it in the 1990s.

He plans to publish a photography book with information and details about the changes in Jerusalem based on references dating back to the British era, such as urban planning plans and related resolutions.